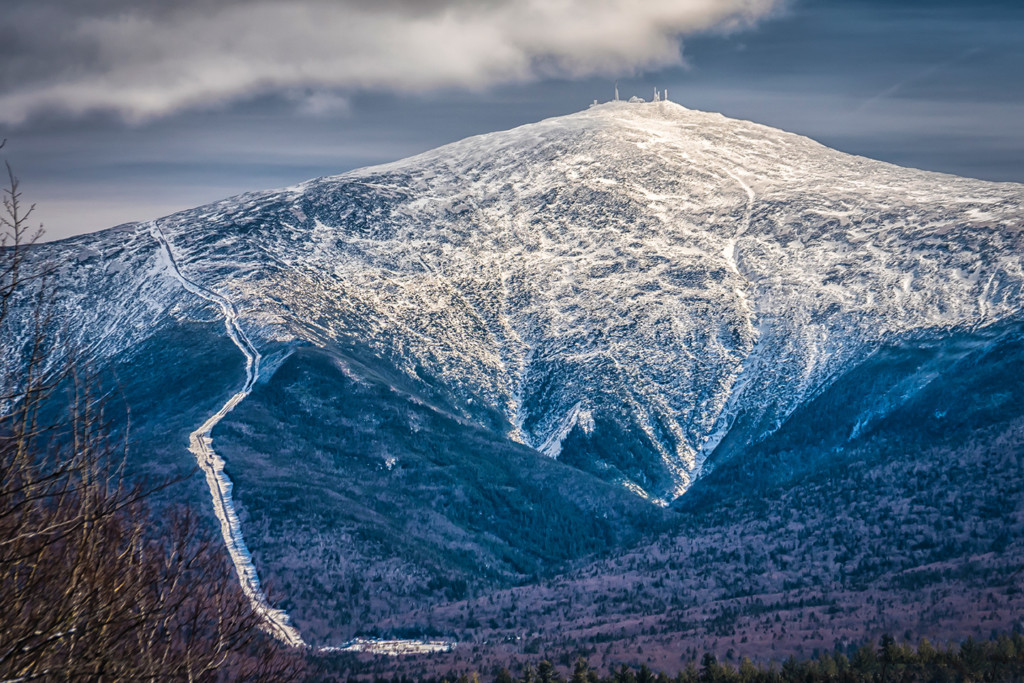 About our guest editor 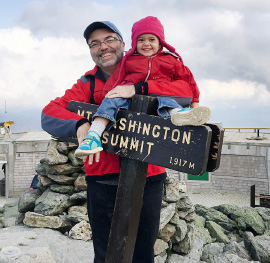 We asked author and journalist Dan Szczesny to come on as a guest editor for our special Mt. Washington issue. Over the course of one calendar year, Szczesny explored the history and mystique of New England’s tallest mountain, chronicling his research and adventures in “The White Mountain.” His other books include travelogues on Nepal, Alaska and the White Mountains. He is a Hemingway Foundation finalist for short fiction, and has also written collections of short stories and poetry. Learn more about his work at danszczesny.com.

Each summer, people in way better shape than most of us here at New Hampshire Magazine run up Mt. Washington during the Northeast Delta Dental Road Race. The somewhat disingenuous tagline for the event is “It’s Only One Hill.” That “hill” is 7.6 miles up 4,650 vertical feet with a max grade of 22 percent (translation: wicked steep). As we Granite Staters love to brag, Mt. Washington, at 6,288 feet, is the Northeast’s tallest peak. It is also simultaneously home to the “world’s worst weather” and the observatory that records it, and one of our most popular tourist attractions. It’s claimed more than a few lives, two of them recently, yet thousands ascend the mountain every year on foot, via the Auto Road or the historic Cog Railway. It’s captured the imaginations of artists and poets, helped us better understand climate and weather, played a role in creating the sports of backcountry and extreme skiing, inspired astounding inventions, and generally fascinated folks for hundreds of years. This “one hill” means many different things to many different people, and so we decided to dedicate the June 2019 issue to our famous — and infamous — mountain. The task of covering everything you need to know about Mt. Washington was far too large for us alone, so we asked several of our regular contributors to pitch in. With the additional help of author and journalist Dan Szczesny as guide and guest editor, we’ve compiled 103 facts, photos and quirky items. If there’s ever a Mt. Washington category on “Jeopardy,” consider yourself ready to sweep it.

Editor’s note: The June 2019 print edition features 30+ fascinating pages of photos, facts and stories about Mt. Washington and its history. However, to try and squeeze all of that information into one single page online seemed like a disservice (and visual nightmare), so we have made an attempt to break up the facts and organize them by content categories. We hope you enjoy!

Mount Washington by the numbers

45,000: Number of cars per season that travel the Auto Road.

6,288: Summit height in feet, making it the tallest peak in the Northeast.

6: Number of states plus one country you can see from the summit on a clear day — Maine, Vermont, New York, Massachusetts, New Hampshire and Canada.

59: Number of acres in Mount Washington State Park, located on the summit.

750,000: Number of acres in the White Mountain National Forest, which surrounds Mt. Washington.

1918: The year that the White Mountain National Forest, home to Mt. Washington, was established.

100+ things you should know about Mount Washington

From a sunrise drive to the infamous "This car climbed..." bumper sticker, here's what is happening at Mt. Washington.

Besides strong winds, you'll also find the Tip-Top House, post office and a rare flower at the summit.

Head to the Mt. Washington Observatory to get a feel for the wind gusts (or, simply stay home and ask Alexa about it).

Learn more about the casualties of Mt. Washington.

Learn more about the famous Cog Railway, including its history and great tragedy of 1967.

The written word and silver screen

The books about Mt. Washington range from children's literature to expert hiking guides.

Did you know that Mt. Washington's most popular creature is actually a cat?

Presidential Range: The 19-mile Presidential Range is located mostly in Coös County, and consists of 13 mountains all named after US presidents (with one exception — see below). The tallest mountain in the range is Mt. Washington and the next is Mt. Adams.

Mount Washington: The famous mountain was technically named after Gen. George Washington, as he was not yet president when it was designated Mt. Washington.

Manasseh Cutler: In 1784, Reverend Manasseh Cutler made a statement containing the words “the base of the summit of Mount Washington,” and so the name was born.

The S.S. Mount Washington
The S.S. Mount Washington, or “Old Mount,” was a 178-foot-long wooden side-wheeler steamship. Launched in 1872 by the Boston & Maine Railroad, she ferried both people and cargo across Lake Winnipesaukee. By the end of the 19th century, she boarded more than 60,000 people a year. Eventually, the Old Mount became a tourist attraction, and was ultimately destroyed by fire in 1939.

The Omni Mount Washington Resort
Opened in 1902 in Bretton Woods, this is one of the state’s few remaining grand hotels, where you can take in views of Mt. Washington and the Presidential Range while surrounded by history, luxury and, legend has it, more than a couple ghosts. When you step inside, it’s easy to imagine the hotel’s heyday at the turn of the century, when the country’s wealthiest families (think the Rockefellers) walked the halls.

More interesting things about Mount Washington and its history: 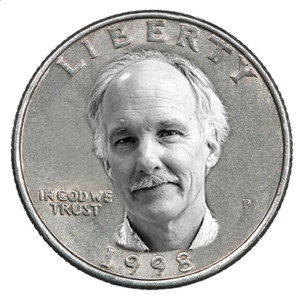 “If I had my way, the New Hampshire state quarter wouldn’t have shown the Old Man of the Mountain: It would have shown somebody being blown over while standing on Mt. Washington. With the possible exception of border-hugging liquor stores, the “worst weather in the world” is the most New Hampshire-y thing there is. — David Brooks, “Granite Geek,” Concord Monitor columnist and reporter