The Best Events Happening in April

This month brings a variety of events, from art exhibitions to Earth Day runs to concerts 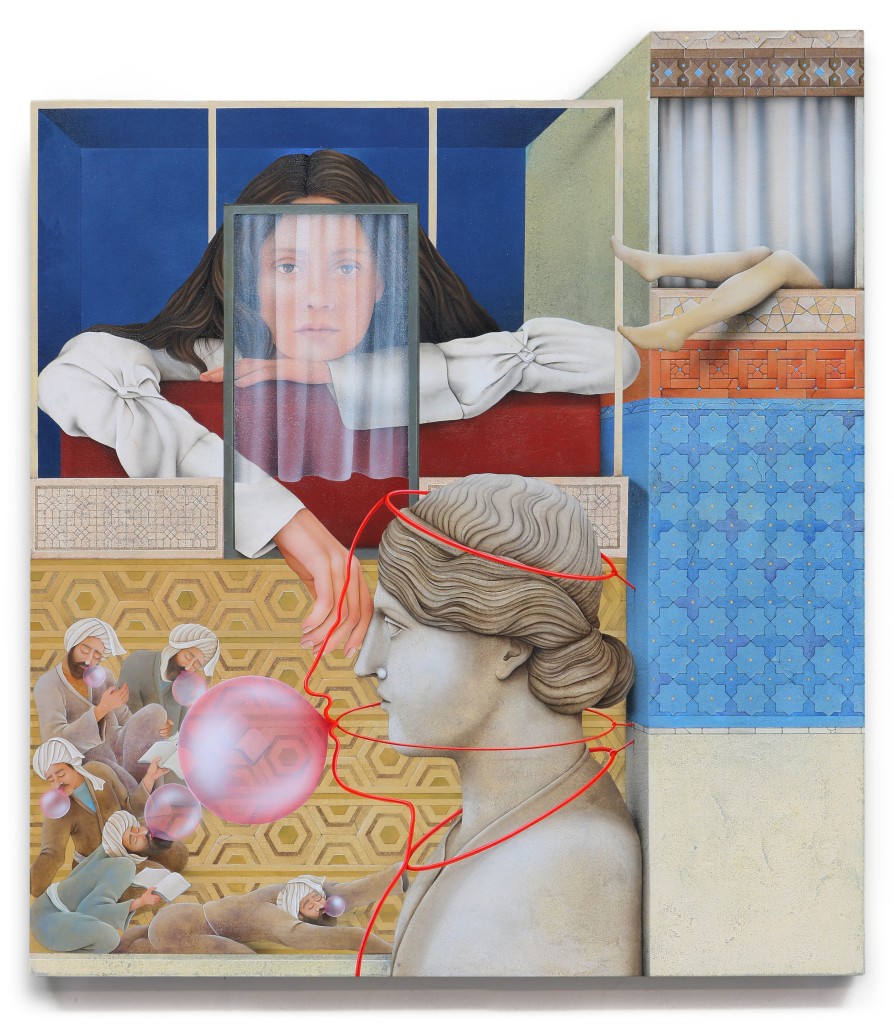 Calling all bibliophiles, this event is for you. Start the weekend off with a fundraising event: “Death by Chocolate” a murder-mystery chocolate crawl with a wine parings finale. As of March 14, this event is sold out, but follow Exeter LitFest on Facebook and Instagram for news about last minute openings. The following day is a full day of author talks in the Exeter Town Hall. This day is free to all and will feature some book giveaways courtesy of the Exeter Public Library, as well as a celebration of the 200th birthday of Exeter-born abolitionist poet, James Monroe Whitfield. exeterlitfest.com

Prepare for a fun filled evening with performances by local artists, raffles donated by downtown businesses, awards, appetizers and a cash bar. The featured speakers for the evening will be Matt Walsh, the City of Concord’s Downtown Director of Redevelopment, Downtown Services and Special Projects, as well as the Capitol Center for the Arts/Bank of NH Stage’s new Executive Director, Salvatore Prizio. intownconcord.org

New Hampshire Theatre Project brings the 6th Annual Storytelling Festival to The Music Hall’s Historic Theater in the heart of Portsmouth. A group of captivating storytellers will take to the stage to tell traditional and personal tales inspired by NHTP’s MainStage theme “Are We There Yet?” Featured performers include Anne Jennison, Gwendolyn Quezaire-Presutti and Megan Wells. Music will be provided by Ben Baldwin and Kent Allyn. themusichall.org

4. Easter at the Aviation Museum of NH, Londonderry, April 9

The Easter Bunny will make a pre-Easter appearance at the Aviation Museum, and kids will get to meet Peter Cottontail and receive a special goody bag from the renowned rabbit’s magical wicker basket. facebook.com/nhahs

Ever wonder what “A little bird told me,” really means? Whether you’re a seasoned birder or a novice, join our bi-montly Prescott Farm birding group as we work together to practice our “bird language” and bird ID skills, gather bird stories on the landscape and share our discoveries. Drop-ins welcome. Repeat participants encouraged.
prescottfarm.org

To start, let’s dispel a catch-all cliché. Talent and ability don’t necessarily need to be confined to a singular niche or any particular area of expertise. Skills and savvy can cross over as far as creativity is concerned.

Likewise, despite the sometimes fractious relationships that exist between male siblings — witness Ray and Dave Davies of the Kinks, the Everly’s, and that turbulent twosome, Noel and Liam Gallagher of Oasis — the brotherly bond ultimately wins out. Indeed, the ability to find inspiration in a common connection never fails to reap remarkable results. Michael & Kevin Bacon — A.K.A. The Bacon Brothers — offer an ideal example of what can result when two talented individuals who share the same gene pool expand their horizons, combine their talents and create an inspired sound that stands apart and wholly on its own. With ten albums to their credit, spawned over the course of 23 years, it’s clear their band isn’t simply a sideline that supplements their day jobs. Rather, it’s an ongoing effort that’s been accompanied by commitment and creativity. Granted, Kevin’s an award-winning actor with a lengthy film, stage and television resume, and Michael is an Emmy-winning composer, who honed his craft as a songwriter in Nashville in the 70’s, but when the two pool their talents as The Bacon Brothers, the music rings with a resilience all its own. flyingmonkeynh.com

Arghavan Khosravi creates surrealist paintings that explore themes of exile, freedom, and empowerment. The artist’s enigmatic compositions center women protagonists and allude to the restriction of human rights, particularly those of immigrants. Her work is both semiautobiographical and universal.

Khosravi draws on several cross-cultural stylistic influences, from ancient Western sculpture to the posturing of contemporary fashion magazines to the compressed perspective of Persian miniature painting. Often using printed textiles from Iran as her canvas, she weaves the patterning of these materials into the narrative of her work. She further experiments with three-dimensional canvases, building her own shaped wood panels which add further depth and create optical illusions that augment the compositions. currier.org

The 3.1-mile course starts and finishes in Londonderry’s West Soccer Complex and runs a big loop through one of Londonderry’s finest neighborhoods.  The finish is back in the West Soccer Complex and is just steps away from the Stonyfield Earth Day Fair. The Earth Day Fair features family-friendly entertainment, kids fun run, beer garden and vendors. milleniumrunning.com

It’s spring, and love is not only in the air, but in this delightful program as well. Debussy’s impressionistic Petit Suite, originally written for two pianos but orchestrated by his colleague Henri Büsser in the version known today with its opening movement featuring a solo flute, followed by highlighted snappy woodwinds and brass in the second movement, and English horn and tambourine in the last two, is embued with romance and excitement. Wagner’s Sigfried Idyll is not a reference to his masterwork Ring cycle with its story of the gods, power and love, but rather to his personal love story with second wife Cosima, whom he wrote the work for as a gift, and is named after their son. Two lines from the poem dedication to her state, “For him and you I had to express thanks in music—What lovelier reward could there be for deeds of love?” The closing work of the program can be said to have its roots in love as well, having begun not as a symphony but as a serenade composed for a wedding. Widely considered one of Mozart’s top ten symphonies, this impressive work closes the evening in style.symphonynh.org

11. Baby Animals: Heritage Breeds at the Banke, Portsmouth, April 23-May 1

This even will showcase a variety of heirloom breeds of Barnyard Baby Animals (and their moms) that would have been familiar to earlier generations. It’s a family-friendly opportunity to learn more about domestic livestock typical on coastal northern New England farms from the 17th century to the present day. Peter Cook curates the event, securing breeders from New Hampshire, Maine, Massachusetts and New York farms who are experts in heritage animals including lambs, kids, calves, piglets, bunnies, chicks and ducklings.

The breeders answer visitors’ questions, explaining the developmental needs of the babies, the various aspects of husbandry that are required to raise them, and why they have chosen to preserve these sometimes-endangered domestic animals for future generations. Many farms are family projects enthusiastically supported by multiple generations of caretakers. strawberybanke.org

What is sustainability? And how has American literature shaped our understanding of this concept, in ways both surprising and disturbing? This interactive program begins with a discussion of current ideas about sustainability. Then, we will go back in time to examine Thomas Jefferson’s vision of American agricultural abundance, which he contrasted with an overpopulated and under-resourced Europe. Throughout the nineteenth and early twentieth centuries, writers such as Walt Whitman and Charlotte Perkins Gilman drew on Jefferson’s agrarian vision to respond to sustainability crises of their time. But in so doing, they depicted selective breeding and racial “improvement” as the solution to population crises and the path to agricultural plenty. We will explore this particularly eugenic conception of sustainability and discuss what new or different versions of sustainability might prove more useful in our current moment. nhhumanities.org