This interactive virtual event introduces parents ‘face to face’ with summer camp directors from throughout the Granite State.  The event will kick off with a discussion around summer camp safety. We’ll also discuss why it is important to get our children back to camp. Following the panel discussion, parents and their campers will meet with camp directors via Table Talks – where they can ask camp directors specific questions about their unique camping environment and programs.

All attendees will receive a download of this year’s digital Guide to Summer Camp 2021 — packed with information, tips and summer camp listings.

This exclusive download will be available after the live event.

Panel discussion focused on addressing camp safety protocols, the importance of the camp experience for children and providing an overview of how this year looks.

9:45 – 11 a.m. – Table Talk Each participating camp will be assigned a table. Just like the live event, parents and their campers will have the ability to visit camps at their tables to learn more about your program.

Register now for this free event
For Participating Camps Only: Register Your Booth Staff

Originally from Arden, Delaware, Garrett was raised in Newton, Massachusetts. He grew up camping in Vermont and New Hampshire with his parents and brother. At camp as a boy, Garrett came to love the overnight experience and appreciate the community and relationships born from that environment. His continued commitment to the outdoors has brought him countless new experiences and friendships from which he draws to communicate, teach, and connect with children.

​Garrett is the founder of Camp Hawkeye and is extremely active in the greater camping and youth development community.  He is a member of the NHCamps Board of Directors and a faculty member for the New Camp Director’s Workshop at the American Camp Association, New England. 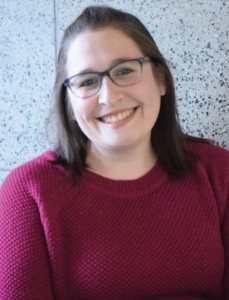 Tiffany Joslin is the  Director of the Arts and Camping Service for the YMCA of Greater Nashua. She is so excited to be heading back to Camp Sargent, as Camp Sargent Director! She started her Camp Sargent career 10 years ago as the program director for Camp Sargent’s Play Acting Camp. Since then she has had an important part in helping the day to day operations of camp, and developing it into one of the top summer camps in the area,  as one of our Assistant Camp Directors.   She received her B.A from Keene State College in 2007 in Theater and Dance. Tiffany started her career with the YMCA of Greater Nashua as a dance instructor, and moving onto becoming our Assistant Arts and Humanities director in 2003. She has always had a love for dance and art growing up. She pictured herself moving to New York City to perform after college, and it was not until she started teaching at that Y that she found her true passion. When Tiffany is not at camp she likes to shop, soak up the sun at the beach, read, watch reality tv, and travel. There is nothing in the world she loves  more  than spending time with her family and friends. 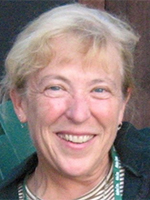 Marijean fell in love with camp as a 10-year-old at Girl Scout camp and in fact she credits that summer with launching her life’s work in camping. MJ has been fortunate to direct a variety of camps and outdoor education programs for over 30 years including Girl Scout camps, Boston University’s, Sargent Center, Aloha Camp, and Camp Runoia. MJ has been an active volunteer with the American Camp Association of New England including serving on a variety of committees, several years as a Board and Executive Committee member, and as an Accreditation Visitor. She has presented at both ACANE and ACA National conferences. MJ serves on the Board of NH Camp Directors, the faculty of NH New Camp Directors training, and ACANE’s Education Committee. 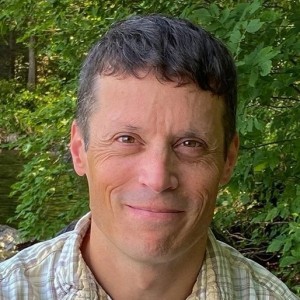 A camper in the ’80s, Ken returned to Kabeyun in 2001 as a counselor, served as Assistant Director beginning in 2002, and became camp’s Director in 2010. He has worked in various capacities as an experiential educator and facilitator over the past twenty years, including time as the Challenge Course Director for Sacramento State University, California and as Director of Adventure Programs for The Clark Foundation in Cooperstown, New York. Ken holds a degree in Sociology and Anthropology from Colgate University, serves as president of the New Hampshire Camp Directors Association when he’s not busy with all things Kabeyun, and resides through the off-season in Durham, New Hampshire with his wife, Roanne and daughters, Nora and Quinn.

The following camps will be participating in the March 6 virtual expo.

PARTICIPATE IN THIS YEAR’S EVENT

Is your summer camp or program interested in being part of our virtual event, virtual camp directory and exclusive e-book?

The Best Events Happening in March