Get to know a few of the famous people, pets and plants that are associated with Mt. Washington. Also included are some celebrities who have visited NH's famous peak. 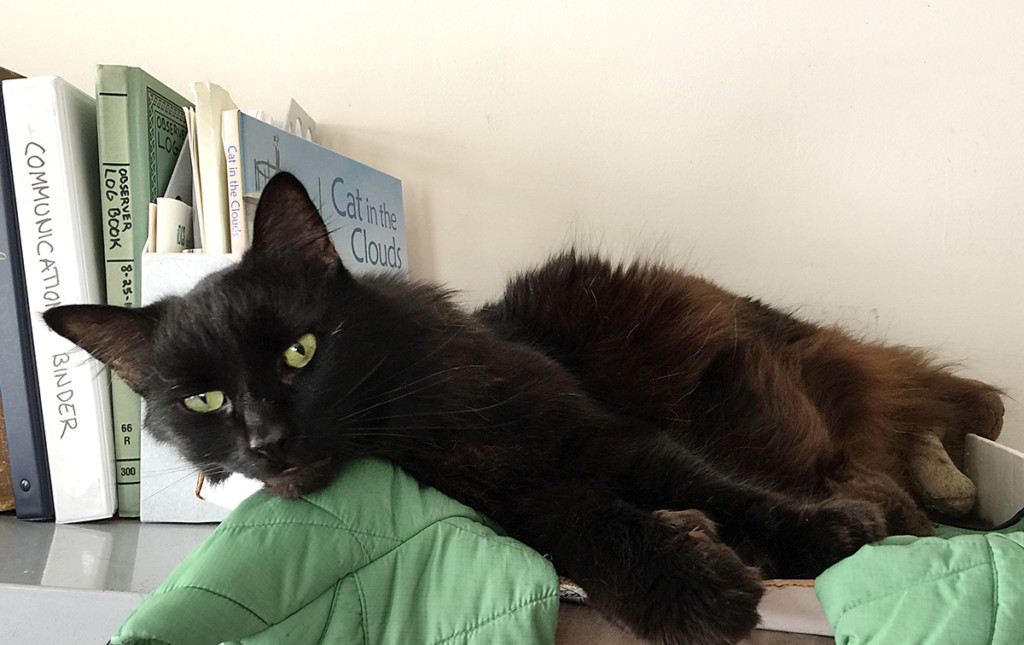 Of all the amazing people, records, history and weather that can be found on New Hampshire’s Mt. Washington, there is one creature that tops the list. Seldom does a book reading or presentation go by that I’m not asked about the summit’s only full-time resident.

On January 8, 2008, New Hampshire held two elections. The first was the presidential primary. The second, in which more than 8,000 New Hampshire residents voted, decided the fate of arguably the most important nonhuman in the Granite State.

That nonhuman is Marty, the Mount Washington Observatory’s current mascot cat. The black, longhaired Maine coon beat out opponents Wilson and Sarah in a three-way race to decide which kitty would replace the recently retired mascot Nin. Marty won in a runaway.

Cats have been a near-continuous presence at the summit observatory since its beginning in 1932 as a weather station. The first cats were mainly strays brought up to serve mouse-catching duty, but also to offer some companionship to the observers, as the crew stayed for much longer shifts back then. Over the years, the summit cats have had far more company than in those early years, with TV crews, state park employees and visitors arriving via foot, Auto Road and Cog Railway.

Marty’s a little older now, a little more settled in his ways, but he continues to “write” a monthly column for the OBS Newsletter, and if you’re lucky, the mountain’s biggest celebrity will pay you a visit during a tour. — Dan Szczesny 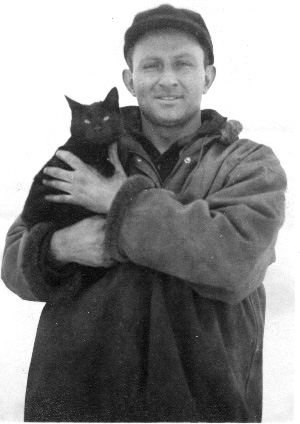 Originally named Sally, Tickey was the first observatory mascot, opening the station along with the human founders in 1932. The only sound the original kitten would ever respond to, according to observatory lore, was the “tick tick” of stirring energy drinks made by observers, thus her name. Tickey was closest to founder Sal Pagliuca, who would toss the cat into his sleeping bag at night for some extra warmth. — Dan Szczesny

Many celebrities over the years have enjoyed the view from the summit of Mt. Washington, but none have shoveled coal on the Cog Railway and driven a Stanley Steamer to the top in one season.

In July, 2017, Leno drove one of his own antique Stanley steam-powered cars up the Auto Road and filmed it for his show “Jay Leno’s Garage.” The idea was to recreate the first time a Stanley drove up the mountain in 1899.

In that same month, Leno went around to the west side of the mountain where he took a turn shoveling coal on another sort of steam-powered vehicle, the Cog. To this day, train announcers point out Profile Rock to tourists, a rock outcropping along the tracks that looks suspiciously like the big-chinned profile of Leno. — Dan Szczesny 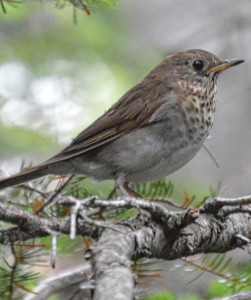 You need to get up pretty early in the morning in late May and early June to catch the downward spiraling bzz-bzz-bzz-chic-chic-chic-churEE-churEE song of a Bicknell’s thrush — but it’s worth the effort. This rarest and shyest of the northern thrushes breeds on Mount Washington at elevations of about 3,800 to 4,500 feet. It starts singing before dawn to attract its mate, and usually stops before the sun gets much above the horizon. Luckily, the Mount Washington Auto Road company understands birders’ passion for this elusive thrush, so they offer special tours beginning at 6 a.m. during the breeding season. Tour guides know exactly where the birds can be found, giving you the best chance of laying eyes on one. Visit mtwashingtonautoroad.com/events/bicknells-thrush-tours for the schedule. — Randi Minetor, author of “Birding New England”

Although it may appear inhospitable, a surprising variety of animal life thrives — or at least survives — above Mt. Washington’s tree line. Mammals are rare — only mice, shrews, fox, meadow vole and the occasional northern flying squirrel are seen. Strong winds discourage birds, although summit observers report seeing saw whet owls, grey jays and ravens. A notable exception is the rare American pipit, the only bird species found in New England that can nest only in alpine zones. Mt. Washington’s alpine zone is the only place in the world to see two species of butterfly, the White Mountain arctic, and the bright orange White Mountain fritillary. — Barbara Radcliffe Rogers

A President on the Mountain 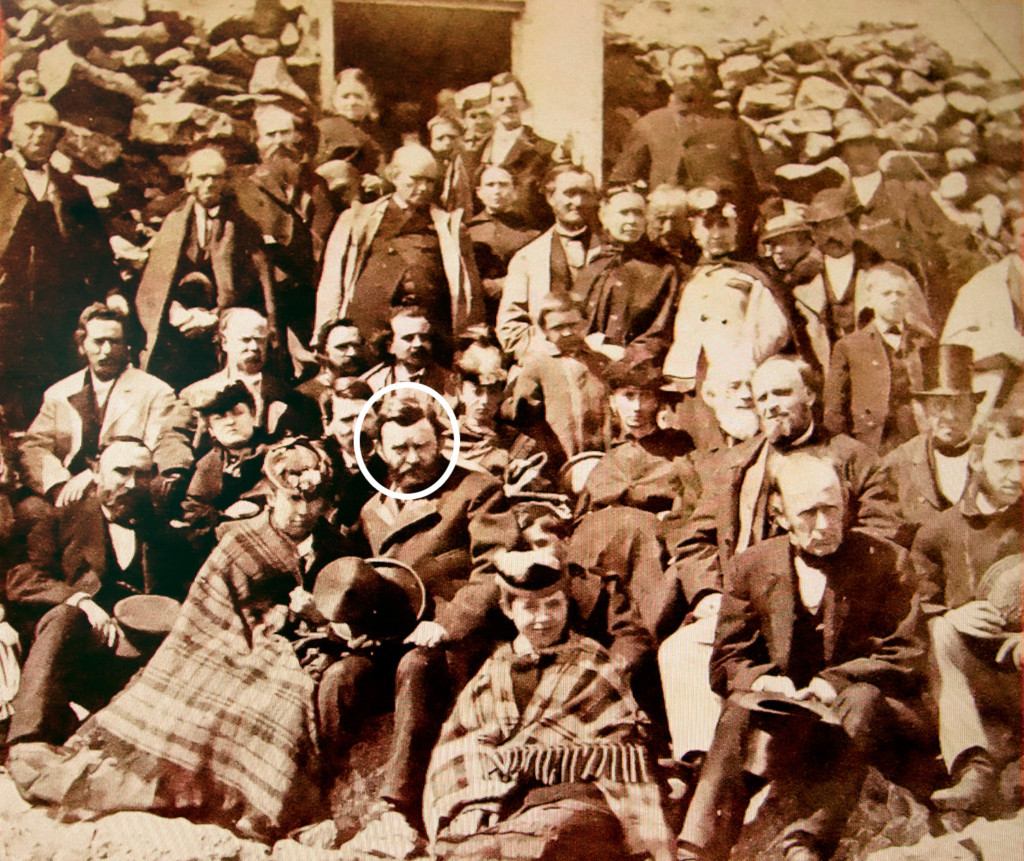 In August 1869, soon after the opening of the Cog Railway, President Ulysses S. Grant and his family made the ascent behind the Old Peppersass engine. They are pictured here on a stereopticon card, seated with other passengers in front of the Tip-Top House.

Marty on the Mountain 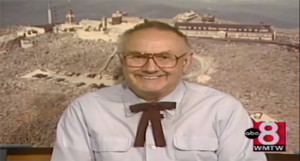 “Thirty-eight years ago, I had no idea what adventures I was in for. But it’s been a good life. The company, Channel 8, has been good to me and the Lord has been good to me but now the time has come to turn it back to the studio for the last time.” — Final broadcast by Marty Engstrom, the engineer with a Maine accent, a deadpan delivery and a infectious grin who was assigned to take care of the WMTW Channel 8 broadcast tower functioning on Mt. Washington but was told, on his first day, that he would also be doing live weather reports from the summit. Marty obliged for nearly four decades and became a beloved face and voice of the mountain.

Early each summer, volunteers gather to remove dandelions growing among the rocks of the summit, carefully removing any heads that have gone to seed and digging plants out by the roots. If allowed to flourish and spread their wind-borne seeds, these invasive plants could endanger other species that are part of the rare native alpine plant communities that grow here. Blowing seeds could also take root on other Presidential Range peaks. Evidently it’s working, because each year there is a decline in the number of dandelions found. — Barbara Radcliffe Rogers

A New School of Art 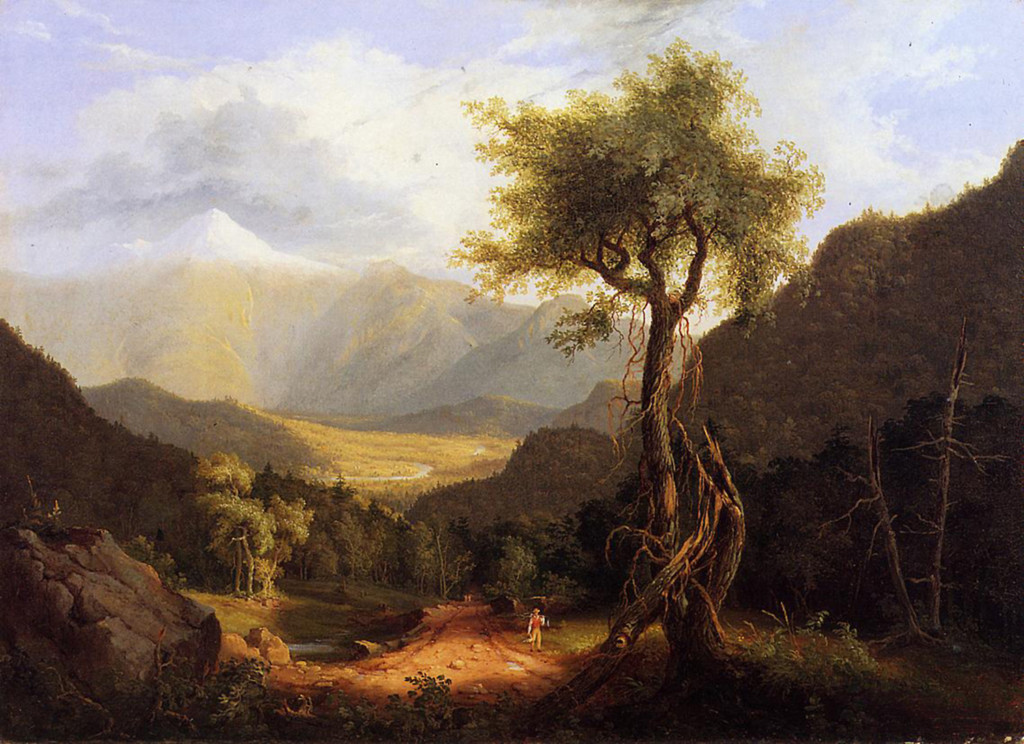 Dogs on the Mountain

The official greeter at the Summit House back when the 20th century had just begun was Leon, a St. Bernard that belonged to Col. Oscar Barron, who leased the hotel. According to one report, an annual milestone for Leon was the return of Mattie Clark, manager of the house, from Florida every spring in which “physical restraint of Leon was needed to ensure that Miss Clarke remained clothed.” Cats rule the summit now (see above). The gopetfriendly.com travel blog lists Mt. Washington as the “top pet-friendly attraction” in New Hampshire but notes the following rules: