The birthplace of the New Hampshire Ripper

Creator of Chicago's Murder Castle got his ghoulish start in Gilmanton 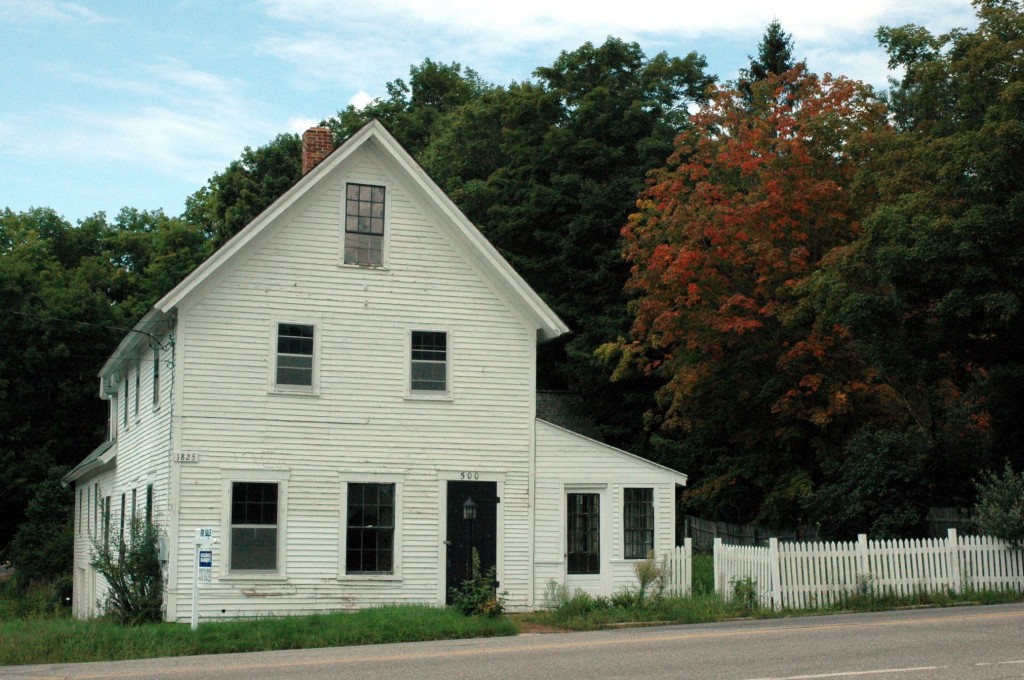 The birth home of H.H. Holmes in Gilmanton Photo by J.W. Ocker

We’re pretty proud that we gave the world astronauts Alan Shepard and Christa McAuliffe. Also the legendary Old Farmer’s Almanac. It’s braggable to be the famous battleground between Daniel Webster and the Devil.

However, to be truly proud, you have to be humble first, and we have to admit that New Hampshire gave the country its first and most infamous serial killer, H.H. Holmes. And his birth home is still here.

Herman Webster Mudgett — or H.H. Holmes as he styled himself — was born in 1861 in the town of Gilmanton, where he spent his formative years, a phrase that takes on sinister meaning when used for the creator of Chicago’s nefarious Murder Castle.

Holmes is generally acknowledged as one of America’s first serial killers, at least by the modern definition of the term, and was possibly also the country’s most prolific, with final tallies varying widely, from as low as nine but going as high as triple digits. He was a contemporary of Jack the Ripper and was once thought to be a possible suspect for those crimes. However, his dirtiest deeds were concentrated in the early 1890s in Chicago, Illinois, when he built a hotel that came to be known as the Murder Castle. 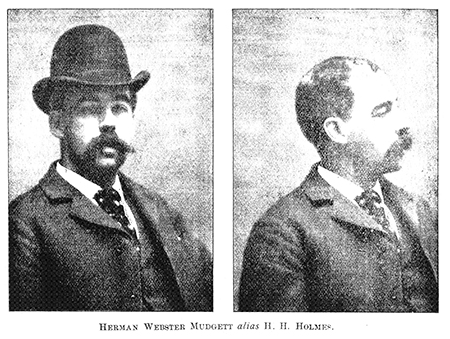 Holmes built it to take advantage of the crowds coming for the World’s Fair. It was a three-story-tall, block-long edifice at the corner of 63rd and Wallace Streets. Holmes designed it, oversaw its construction, and financed it with funds drawn from various fraudulent schemes and the proceeds of a pharmacology business that he murdered into.

After his eventual capture, the castle was stormed and found to have a more grisly purpose. The hotel was a labyrinth of torture chambers, secret passageways, trap doors, death rooms, body disposal apparatuses, and gas chambers for use on the constant supply of diverse victims that only a hotel can offer. It was, in effect, a giant murder weapon.

Homes was hanged in 1896 and an arsonist burned the Murder Castle down. A US post office now stands on the site — haunted, if anything in this world is. That means the only building still standing connected to him is his birth home, a white-paneled house in Gilmanton, where he spent half his life.

Located at 500 Province Rd., the house is surprisingly prominent in the center of town. Across the street sits Gilmanton Academy, where Holmes attended school, and Gilmanton Community Church, which still functions as a place of worship — probably better than most, in fact. Every church should have at hand such a definite reference point for the easy existence of evil.

So on behalf of the state of New Hampshire, our sincere apologies for the existence of Mr. Mudgett.