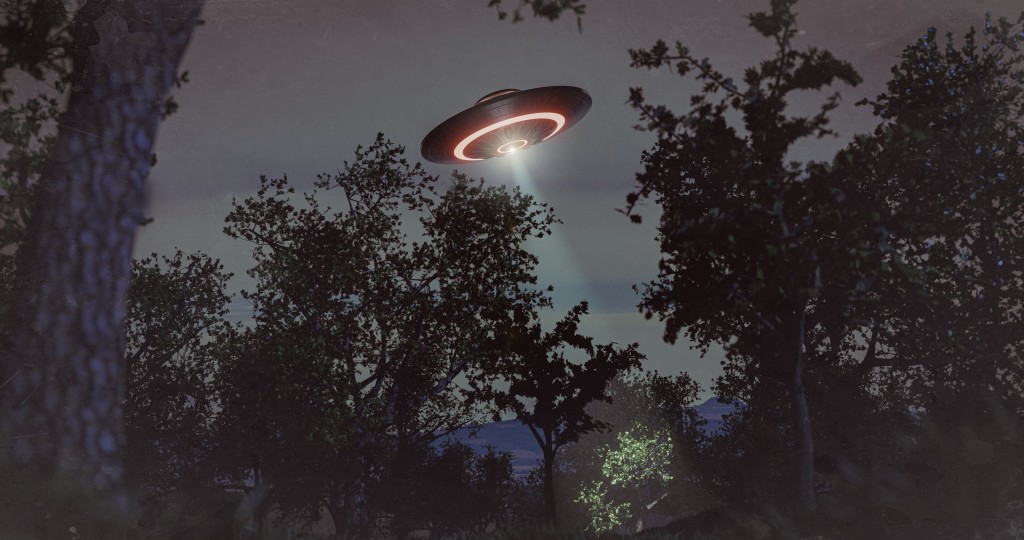 This year has been full of UFOs. But not in the skies. I’m talking in the halls of our most vaunted political and science institutions. In May, Congress held its first public hearing on UFOs in a half-century. In June, NASA established a lightly funded ($100K) team of astro-physicists to examine the phenomenon. In July, Congressman Mike Gallagher stuck an amendment in the 2023 Defense Authorization Act to provide protection for UFO whistleblowers. And at some point this year, the DoD is launching the Airborne Object Identification and Management Synchronization Group (AOIMSG for, um, short), one of the responsibilities of which is analyzing UFOs.

Ufology has gone legit. The biggest evidence is that these blips on the screens and fires in the skies are not called UFOs anymore. They’ve been rebranded as UAPs—Unidentified Aerial Phenomenon. Feels less abducty, I guess.

Since Congress held its first congressional public hearing on unidentified aerial phenomena (UAP), also known as UFOs, earlier this year, interest has grown. A survey of sightings in the United States ranks New Hampshire as the sixth-,most-likely place to spot an inexplicable encounter with a flying object.

Fifth was Oregon, which has a three-day UFO fest inspired by the 1950 encounter of Evelyn and Paul Trent with what looked like a flung hubcap over their farm outside McMinnville. Paul’s photos of the object made it into Life Magazine. Fourth is Vermont, where four UFOs appeared over Lake Champlain in 1986 leading to what’s known as the Buff Ledge Camp Abduction. One of the UFOs entered the waters of the lake and then emerged. Memories of two camp counselors suggest they were beamed up and examined, a là the Hills, seven years earlier.

It also feels like any second (and here’s your mandated X-Files reference) the truth won’t be out there anymore, but right here. On our phones and TVs. Back in the day, to get our fill of close encounters of the various kinds, we had to visit fringe sites or read certain books with bug-eyed beings on the covers or attend events like our own Exeter UFO Festival. Now, it’s a proper news item alongside confusing British politics, controversial SCOTUS decisions, and unending COVID variant updates.

What happens if all this official attention from people with big brains and high positions (two distinct categories) yields a conclusion beyond, “It’s true. These flying objects are unidentified.” What if these government inquiries and studies result in the manifestation of that classic meme with the wild-haired History Channel guy: “It was aliens.” I don’t mean (but I can hope) the revelation of long-standing and shadowy alien-government collusion. I mean, “The U.S. government knows categorically that many UFOs are alien ships.” *cough* “UAPs.”

The world changes then, right? The government has definitive proof of intelligent life beyond our planet. Time to end war, erase terrestrial borders, and build starships.

According to a Gallup poll conducted in 2021, 41% of Americans already believe that some UFOS are of alien origin (up 33% from 2019). Our reaction to the news might, in fact, be blasé. But that also might not be our fault. Bureaucracy can be a real murderer of mystery, and even ufology can get boring when wrapped in red tape and stamped by military acronyms.

This stereoscopic image, often touted as “the oldest-known UFO photo,” reveals a cigar-shaped object that seems to be flying in the clouds over Mount Washington. Ryan Mullahy, a UFO writer, researcher and founder of the website N.H. UFO Research, saw it but wasn’t convinced. “The object in the photo is not in the cloud but on the surface of the mountain itself,” he says, noting it could be a wooden ruler used to measure the snow or to show scale.

Except that UFOs are already boring. Comparatively, at least.

After all, “Are UFOs alien spacecraft?” is the equivalent of asking, “What car are they driving?” The real fun starts with the mollusk meat: Who’s behind the steering wheel? Are they bulb-headed grays? Reptile-people? Red-headed Nazis? (New Hampshire abductee Barney Hill made the comparison in his abduction report.) Really, the most important question that should be asked on the Senate floor isn’t “Are UFOs real?” but “Is anyone having dinner with them?”

Then, perhaps, besides having our general curiosity about their existence and appearance sated, we get to ask them all the big questions: “Can you teach us your advanced science?” and “Have you accepted Jesus Christ as your Lord and Savior?” and “What do you think of Coke?” But the biggest question is yet another layer of delectable mystery, “Got any friends?”

Because even after we get a resounding “No” to our collective question “Are we alone in the universe?” the immediate next question is, “How ‘not alone’ are we?” So even when the aliens are revealed, that could just mean we have two intelligent species wondering together if the truth is out there.

The universe is big enough to continue bestowing mysteries.

But only the AOIMSG will be able to tell us for sure. 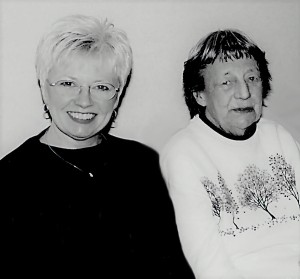 The Exeter UFO Festival is back (Sept. 3-4, 2022) after a pandemic hiatus, and it’s taking place during a year that’s been marked by unprecedented government and military disclosure ranging from Tic Tac UFOs to an alphabet soup of new government acronyms like UAP, AATIP and AARO (which stands for the government’s “All-domain Anomaly Resolution Office). The two-day event, hosted by the Exeter Area Kiwanis Club, will feature community fun and involvement in multiple locations with guest speakers, activities and town merchants on board, filling the city center with UFO-related décor that leans towards the kitschy. Visit exeterufofestival.org for details.

Featured speaker Kathleen Marden is more than an award-winning and erudite researcher, author, conference presenter, experiencer advocate, hypnosis practitioner and support group facilitator. Marden is the niece of UFO “experiencer” (or abductee) Betty Hill and co-author of “Captured!” which details her famous aunt’s story with the help of the late Stanton Friedman — a nuclear physicist and the original civilian investigator of the Roswell UFO Incident.

A Kingston, New Hampshire native and former resident, Marden spent 15 years meticulously investigating the Hills’ close encounter and subsequent abduction and continues to seek the scientific analysis of the compelling evidence from that case. As a teenager, she and her famous aunt along with her mother and brother witnessed many UFO ground contacts in the Kingston area. She says that seeing large bright red flashing lights of UFOs, sometimes in pairs, in a zigzagging course among trees and along Country Pond in the Kingston area was a norm and she recalls one instance being with her mother and brother and seeing figures standing in lighted windows of a UFO that shined a spotlight illuminating her mother.

Her personal encounters and those of her family, combined with her incredible research through the years, have given her an in-depth of knowledge of UFOs and contacts with them — an expertise she shares internationally in films, television programs worldwide lectures. In 2021 she was honored with the Lifetime Achievement Award of the International UFO Congress.

Find more about her life and books at www.kathleen-marden.com, including Captured, the Betty and Barney Hill UFO Experience.