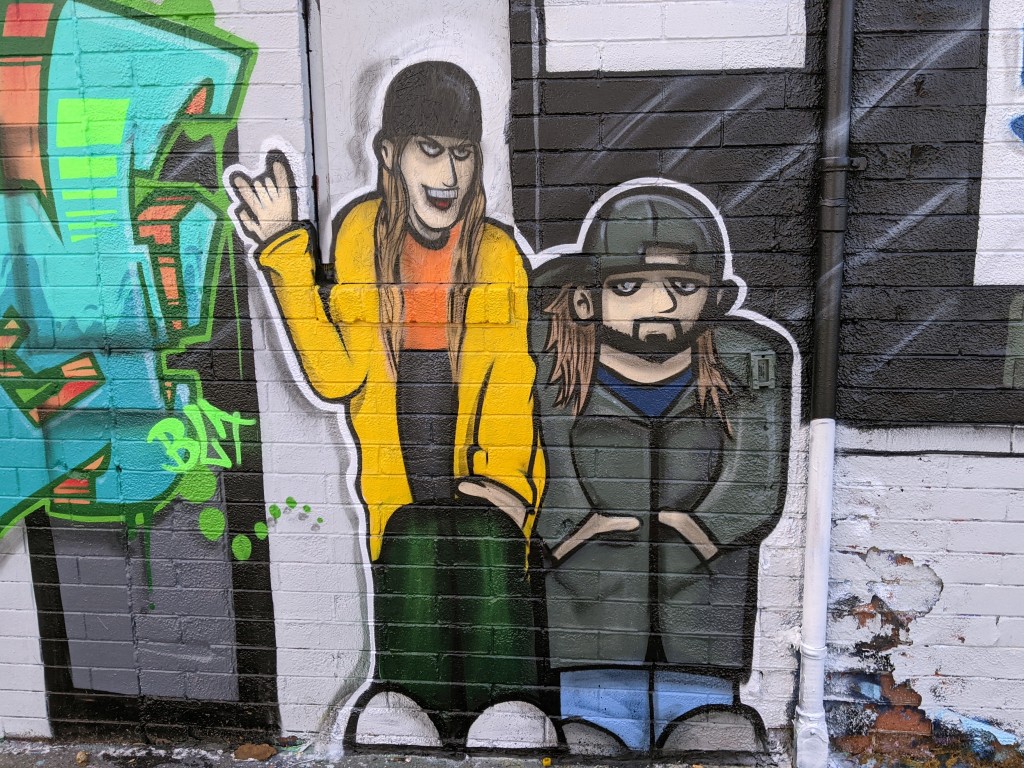 They were the foul-mouthed hetero-lifemates who emerged from a cloud of weed smoke to become Gen-X icons. Their names? Jay and Silent Bob, and I just saw them in Nashua. Sort of.

The movie “Clerks” came out in 1994, and the meandering, profane dialogues of its titular characters on the minutia of sex and pop culture while hanging out in a limbo of strip mall video and convenience stores was the right amount of hilarious “don’t care” for my slacker g-g-g-generation. The movie was a hit, but it was the two supporting characters of Jay and Silent Bob who stole the show by just loitering outside the stores.

Of course, one of those supporting characters was also the director. Kevin Smith/Silent Bob set and filmed his debut movie in his home state of New Jersey, and somehow hit all the right notes for so many of us who dealt with the mundanity and pointlessness of the system by obsessing about movies and comics to the point that it seemed our nowheresville towns contained an entire universe. And you had no internet to spoil the illusion. 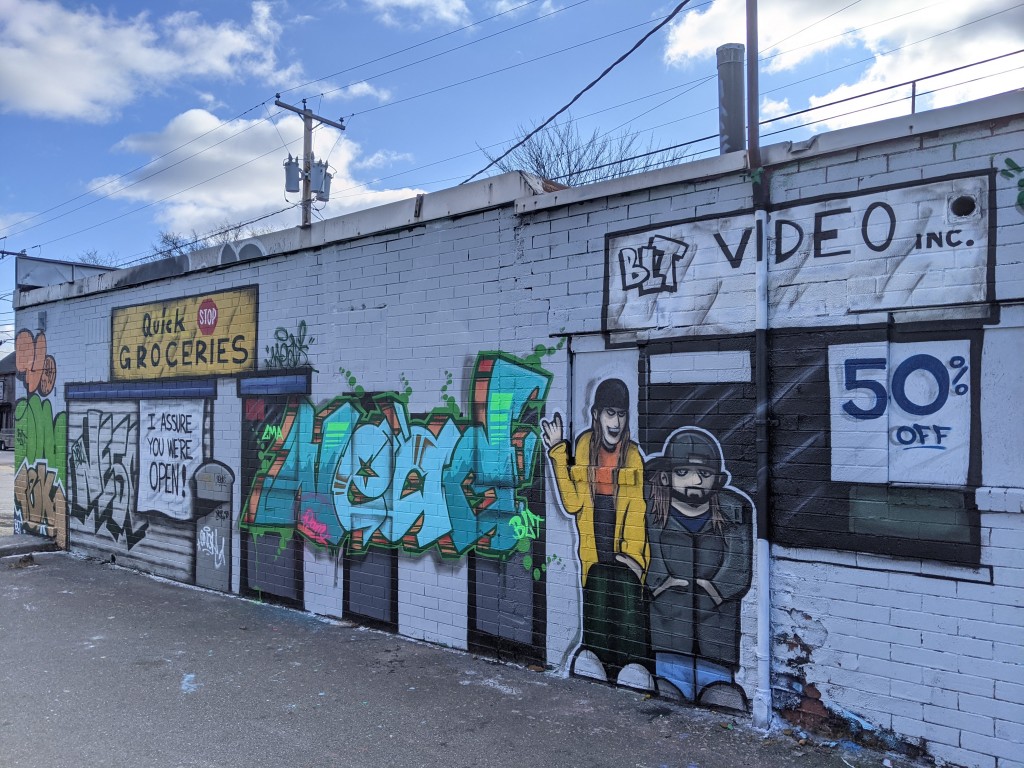 Jay and Silent Bob stand guard outside the Quick Stop on the Free Art Wall in Nashua. (J.W. Ocker photo)

I don’t know if Nashua was like that back in 1994. I wouldn’t make my first acquaintance with the city until about a decade later. But it looks like it could have been that kind of town.

These days, the city’s spiffed up a bit by a lively mural program run by the nonprofit Positive Street Art. I talked a little about their work in a previous column. But in addition to commissioning art, they also have a “Free Art Wall” on the back of a building at the intersection of West Hollis and Walnut, right on the Nashua Heritage Rail Trail. Any artist can legally graffiti on this wall.

Recently, Joe Ariniello and some friends decided to paint a little bit of those New Jersey characters on that New Hampshire canvas. But he didn’t just paint Jay and Silent Bob and call it a day. He created the whole façade of the video store and its neighboring convenience store, the latter complete with stuck steel shutters and the sign, “I assure you, we’re open!” 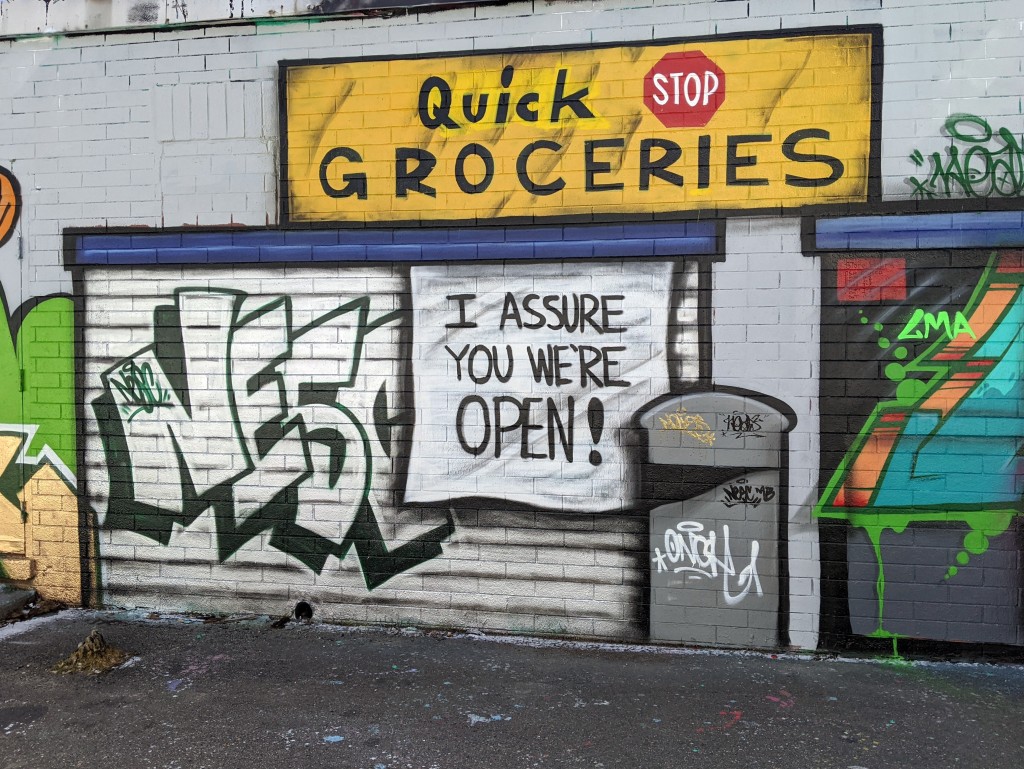 We are assured they are open. (J.W. Ocker photo)

Of course, since it’s a free wall, the next artist who gets inspired can cover up Bluntman and Chronic with a new piece of art. And that’s cool. The mural wasn’t even supposed to be there that day.

Visit Jay and Silent Bob on the Free Art Wall at the intersection of West Hollis and Walnut, right on the Nashua Heritage Rail Trail.

J.W. Ocker lives in Nashua and writes spooky novels and travelogues. His newest book, “Cursed Objects,” is out now. Visit him at oddthingsiveseen.com or send him New Hampshire oddities that he should visit at ockerjw@gmail.com.