Paying tasty tribute to the founder of McDonald's 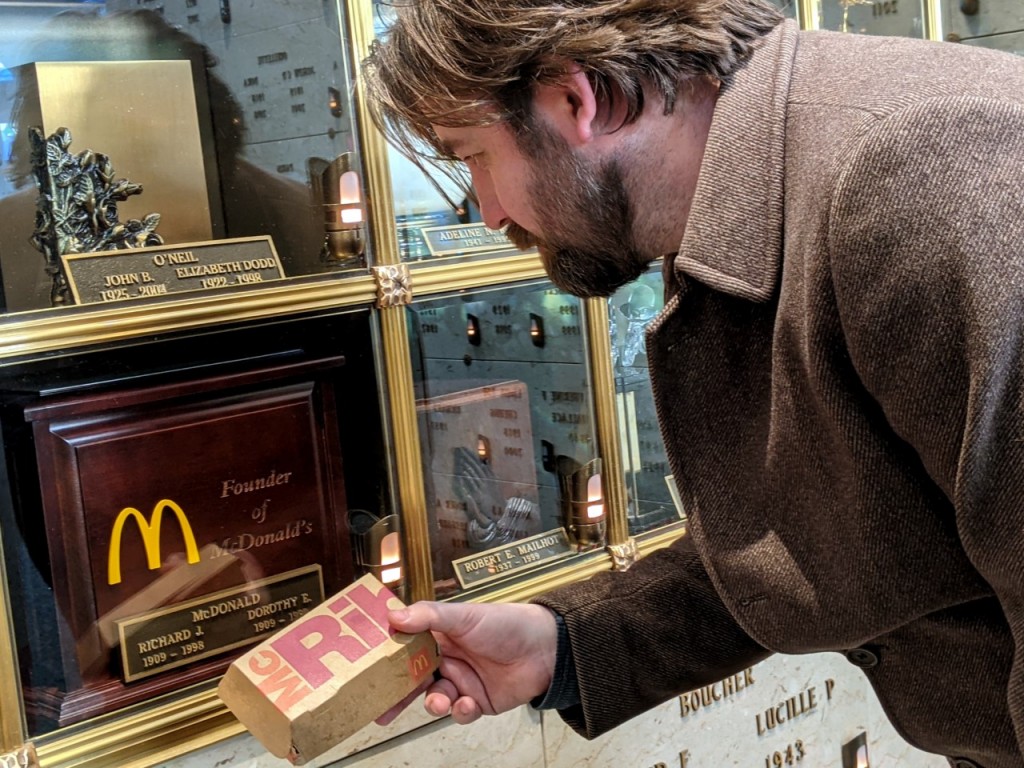 So there I was, sneaking a McRib into the mausoleum of Mount Calvary Cemetery in Manchester. The mausoleum is a beautiful one, with large colorful stained-glass windows, marble and brass walls full of the shelved dead in an airy chapel. Elegant. Not the place to eat a messy, mass-produced restructured pig sandwich slathered in gloppy barbeque sauce.

But I wasn’t there to eat it. I just wanted it there to pay my respects with. See, I was visiting the ashes of the man who made that McRib possible – the man who invented McDonald’s, and thereby fast food. The man who is one of the patron saints of my drive-thru-enabled road trips over the years to see strange sites.

His name was Richard McDonald. And he and his brother Maurice, of Bedford, New Hampshire, invented the system that made fast food possible. And then they weaponized it by creating McDonald’s.

Yup. The state’s entry gates should be Golden Arches thanks to these brothers. Even if they actually jumpstarted the national obesity epidemic out in California because they couldn’t foresee New Hampshire as a great place to strike it rich.

Maurice died in California on December, 11, 1971, at the age of 69 (two years before the Quarter Pounder) and was buried out there in the Golden-Arches State. But Richard returned to New Hampshire to spend his golden-arched years in Manchester, which received its first McDonald’s in 1964, three years after the McDonald brothers sold the business to Ray Kroc, who would pretend to be the founder of the franchise while escalating the brand to its “billions and billions served” status. Richard died on July 14, 1998, at age 89 (a year after the McFlurry was invented). 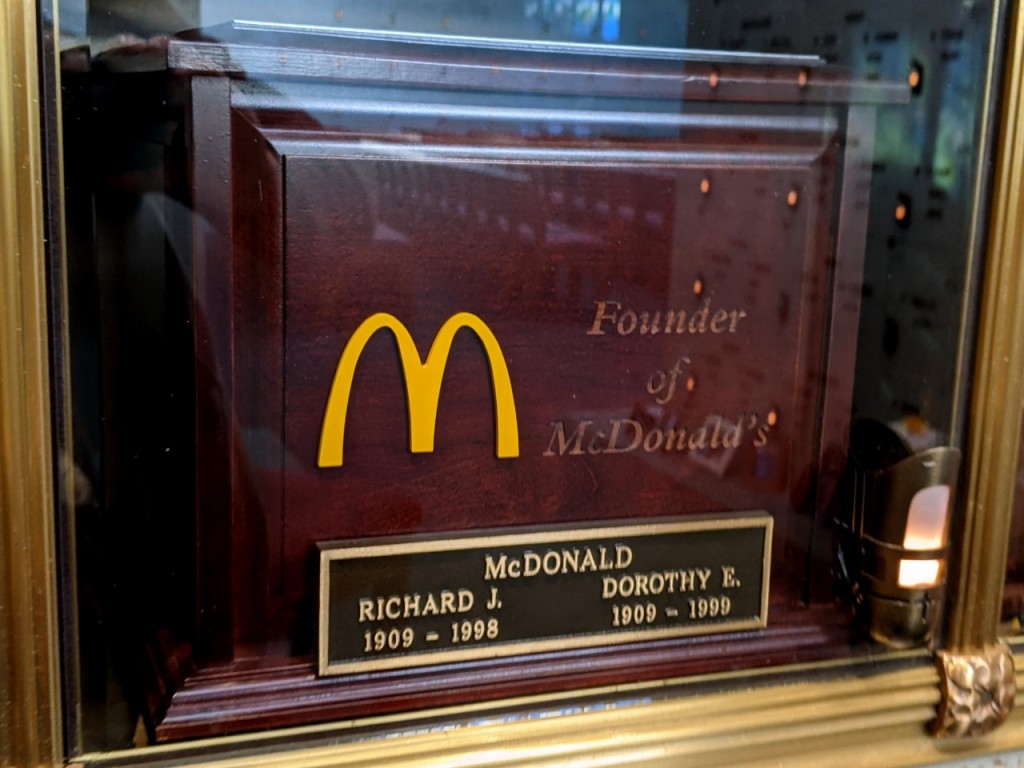 Since we are currently in the glories of the first national roll-out of the fabled McRib since 2012, it seemed like a special enough occasion to drop by Richard McDonald’s final resting place with one. The McRib is like his great-great-grandchild, after all.

His urn is located in a glass-fronted niche in Mount Calvary’s chapel. It’s a cube-shaped wooden box adorned with the phrase, “Founder of McDonald’s” and a glowing set of Golden Arches on it. And even in a mausoleum, the site of that yellow M made me hungry for fries.

During Mexico’s Day of the Dead, celebrants lay out food on the graves of their beloved deceased. My McRib wasn’t so different from that. Although I didn’t leave the sandwich there. I like those things too much. I took it home and ate it in three bites like I was Richard McDonald’s personal sin eater.