Whatever happened to the good ol’ days of UFOs? 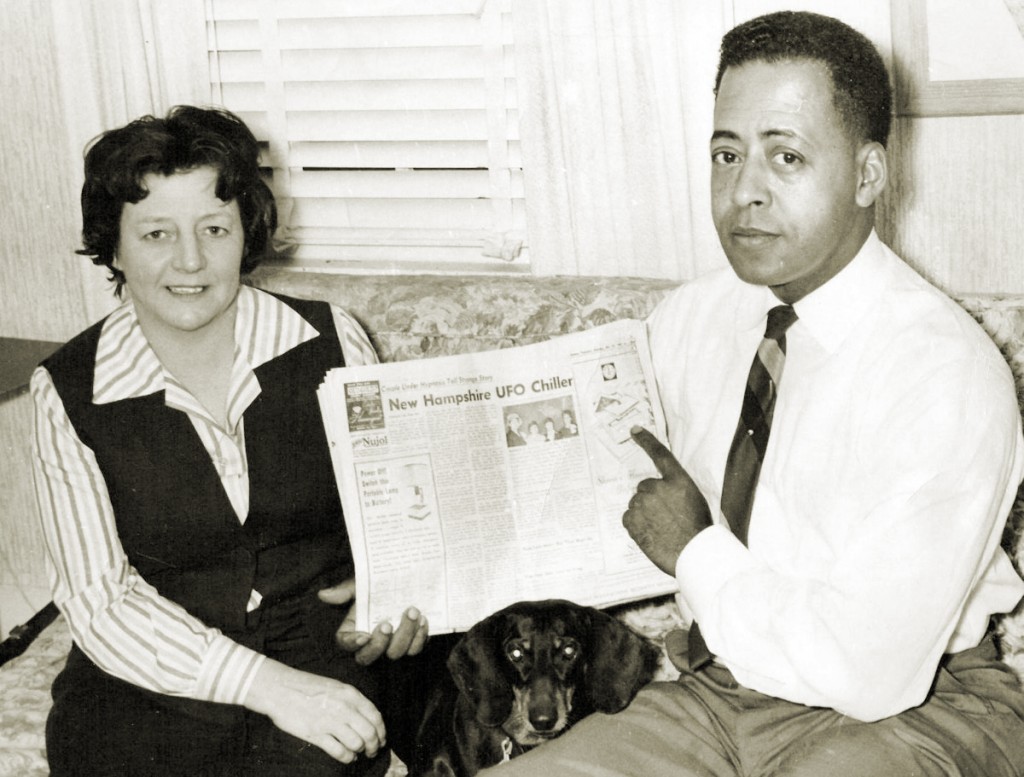 Barney and Betty Hill holding a newspaper reporting their alleged alien abduction in the White Mountains on September 19, 1961.

September in New Hampshire is UFO season. Not in the sense that it’s our busiest month for UFO sightings. That, like most states, is June or July, when more people are outdoors. Not that sightings are much worth sighting anymore. We’re in a New UFO Reality, one where the government releases as much blurry footage of UFOs as do UFO conspiracists on YouTube. One where terrestrial drones of every shape and LED configuration zigzag the skies like they’re auditioning for Lady Gaga’s next Super Bowl appearance. One where that strange craft in the sky is probably just a billionaire playing “Brewster’s Millions” with his cash.

UFOs ain’t what they used to be. Once upon a time, a strange light in the sky could shake up a town, empty a police headquarters, get picked up in newspapers across the world, and make a small town famous. Once upon a time, a UFO would invite you inside and provide you with enough IP to go straight to Hollywood with that irresistible “based on a true story” hook. Once upon a time is a strange phrase to use when you’re talking about extraterrestrials.

That’s why, in New Hampshire, we celebrate our classic sightings. And September is our month for that. Because September was when two towering tentpoles of UFO lore happened here.

On September 19, 1961, husband and wife Betty and Barney Hill were driving home to Portsmouth after a vacation in Canada. It was almost midnight when they hit the dark hole in the state that is the White Mountains at night. That’s when they saw the light in the sky. One of those shake-up-a-town kind of lights in the sky. It seemed to be coming after them. Barney took a peek at it through binoculars, and what he saw terrified him into stomping the gas pedal.

But his 1957 Chevy Bel Air couldn’t outdrive the kind of technology that can cross interstellar space. He and his wife were stopped by the disc-shaped craft, and then disappointingly human-like aliens in shiny black uniforms took them inside to perform inscrutable medical-type tests on their bodies before letting them go. That’s the simple version, anyway. If you want all the details, you can read the popular book by John G. Fuller called “The Interrupted Journey” or watch the movie based on the story starring James Earl Jones and New Hampshire’s own Estelle Parsons (a Lakes Region seasonal lifeform) called “The UFO Incident.” Although you can probably guess the details yourself — after all, this alien abduction story set the template for every alien abduction story of the modern era.

Four years later, on the night of September 3, 1965, 18-year-old Norman Muscarello was at the end of a long hitchhike to his home in Exeter, just a town or two away from the home of the Hills in Portsmouth. He was thumbing down Route 150 when he saw five red lights blinking in sequence in the sky on what seemed to be a craft the size of a house. When the lights moved toward him, he dodged them in a ditch. Eventually, he made it into town and headed right for the police. Officer Eugene Bertrand returned with him to the site to check it out. It was the second report Bertrand had received that night about a UFO. Earlier, two women claimed that a red craft had chased them while they were driving. 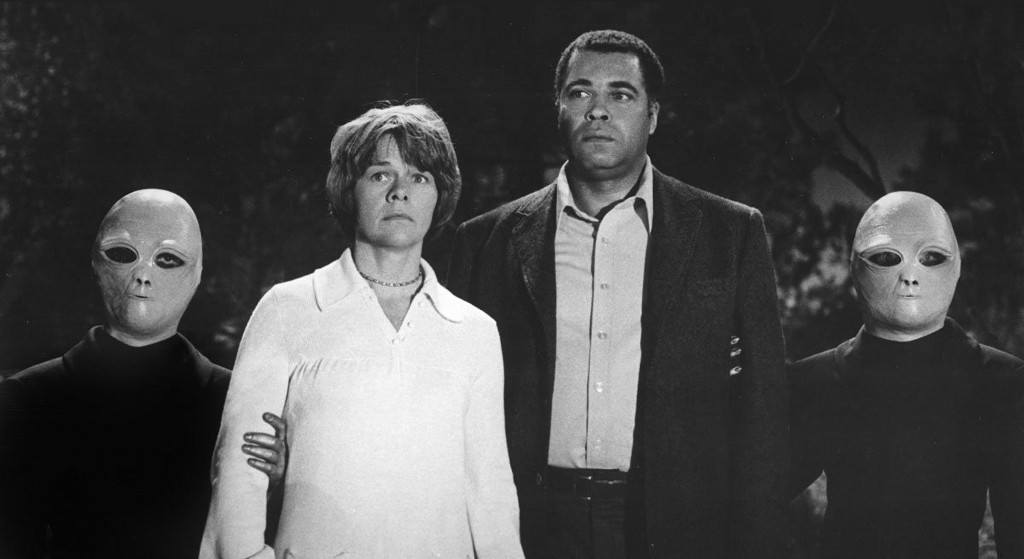 The 1975 film “The UFO Incident” tells the story of Barney (portrayed by James Earl Jones) and Betty Hill (portrayed by Academy Award-winner Estelle Parsons), a couple from Portsmouth who encounter a UFO but decline to talk about it. Years later, their secret has put a strain on both themselves and their marriage. They visit a psychiatrist and, under hypnosis, deliver remarkably similar stories about what they say happened to them on that fateful night.

The first twist in the story is that, when Muscarello and Bertrand arrived, they both saw the red lights hovering over a farm. Bertrand radioed for backup and Officer David Hunt joined. The second twist is that he also saw the lights. The third twist is that, for the next few weeks, scores of UFO reports poured in. The Exeter Incident would become one of the most documented sightings in the lore. It also got a popular book by John G. Fuller, this one called “The Incident at Exeter.” No movie, though.

But the Hills’ experience and the Exeter flyover aren’t the only talking points for UFOs in New Hampshire. There’s the Derry Fairy, a short, loose-skinned Spielbergian creature witnessed in 1956 by Alfred Horne in the woods of Derry. He tried to catch it, but it screamed and got away (Reese’s Pieces wouldn’t be invented for another two decades). And there’s Daymond Steer of the Conway Daily Sun, who, in full accord with his journalistic duties, keeps asking presidential candidates where they stand on UFOs when they stump through the state. (Hillary Clinton said she would look into it before losing to Donald Trump.) For a while, people thought that the oldest UFO photo in the world was taken in New Hampshire. It dated to 1870 and depicted a cigar-shaped form against what looked like clouds above Mount Washington. The craft turned out to be a ruler in a snowbank.

UFOs sightings are still happening today in the state — a black speck racing above the Robert Frost Homestead in Derry, a silver orb in the clouds above Canterbury, a gray triangle hovering ten stories above Somersworth. But these days you have to dig deep into the digital to learn about those sightings. And they’re probably just drones. Or billionaires.

So what do we do in New Hampshire during UFO season besides look longingly at the sky (not for UFOs necessarily but out of nostalgia)? We can retrace the route of Betty and Barney Hill, all the way down old Route 3 to the sign in Lincoln that immortalizes their story and on to their graves in Kingston where their epitaphs still tout their encounter. And in Exeter, we can buy alien T-shirts and listen to UFO lectures at the annual Exeter UFO Festival. Well, we usually can. Covid has taken it down two years running. But it’ll be back. Until then, we’ll dream about the good ol’ days of UFOs.