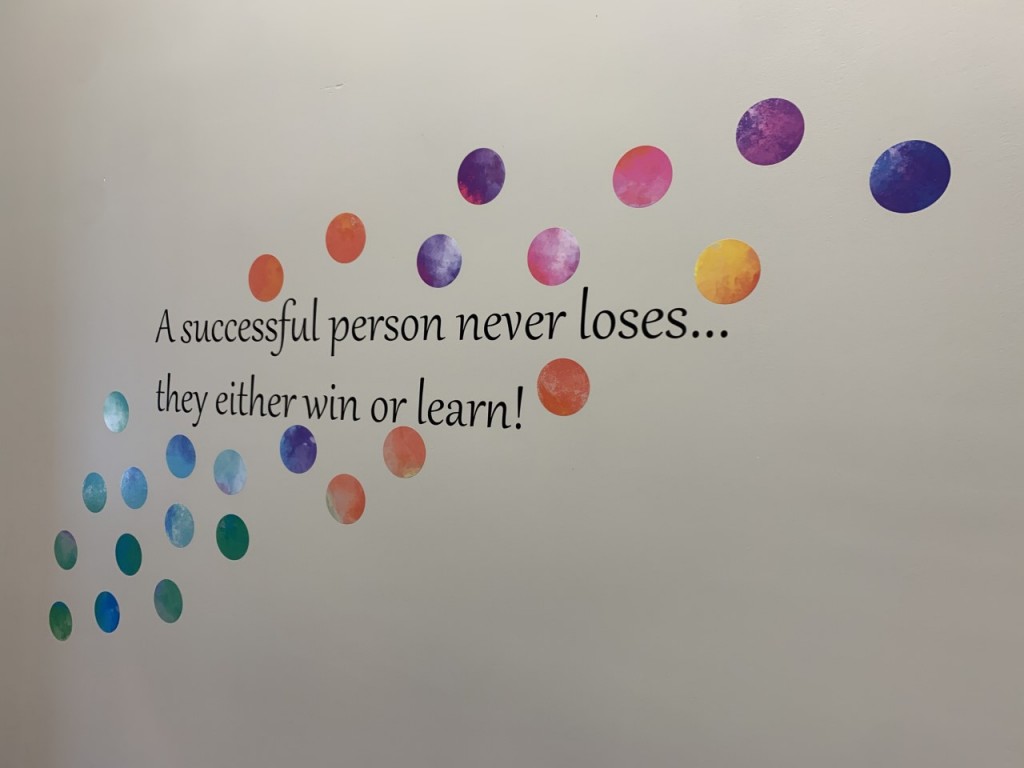 The Building on Hope project at the Nashua Police Athletic League is done! You can see the virtual reveal here.

It is often difficult to do the right thing under the best of circumstances. Life tends to get in the way of proactive good deed doing, despite the best of intentions. But the last nine months have made fundraising almost impossible, and have made any kind of “barn-raising” efforts even harder. This is where Building On Hope (BOH) comes in. They just finished their most recent project, the Nashua Police Athletic League, but we shall return to that topic shortly. First, a little about BOH.

Building On Hope was founded a decade ago with a very simple premise — to come together every two years, with an army of volunteers, and renovate a nonprofit facility. The first project was Easter Seals White House. This facility houses boys who, for whatever reason, can’t live with their families. BOH really invented themselves on this project. Contractors and designers were contacted for assistance, and they in turn leaned on their manufacturers and distributors for donations to augment their own contributions of time, and the project got completed. They renovated the kitchen, expanded the living space, and built a basketball court in the back yard.

Many hands make light work. This is the phrase at the core of BOH, and it’s held true for 10 years.

The next project was Girls Inc. in Manchester. My previous gig was in construction sales, and a few friends invited me to visit Girls Inc. just before the remodel got underway. I saw firsthand how important it was for these girls and young women to have a place where they could not only get a snack and help with homework, but also commune with strong women who could help them make sense of the world they were walking through. I didn’t need convincing to help. Girls Inc. was a tight timeline — aside from landscaping, it was a total gut-to-studs rebuild in two weeks. I know this kind of thing happens on TV all the time, but elsewhere it does not.

You can watch the virtual reveal of the Building on Hope Nashua Police Athletic League project, which debuted on December 17, right here! And to get involved with future BOH projects, learn more here.

I recall walking into a communal bathroom to measure for countertops and seeing six plumbers from Paradigm under six sinks, all seemingly in a parody of a New Jersey boardwalk barker game race to finish plumbing the sink traps first. I recall showing up with stone countertops for three rooms, and a designer running up to the truck seeking a countertop that had somehow fallen through the cracks, and calling the shop to get fabrication started based on my conversation so I could drive to the shop to get it later and drive it back the same day. Everything got done on time, and when the girls walked around the center for the first time with “oooohs” and “aaaaahs” and giggles and smiles, there wasn’t a dry eye in the house.

I would compare the camaraderie on a BOH jobsite to being backstage before a big show; everyone is doing all they can for the greater good, and to make sure everything is perfect when the curtains come up. Folks bring their retired parents or their children to push a broom or paint a baseboard. Employees, who got paid by generous bosses to work earlier in the day, return to finish the job on their own time. Real Normal Rockwell, social contract, grassroots America kind of stuff. All for people they have never met.

Two years later, Opportunity Networks was the focus. Opportunity Networks is committed to providing genuine vocational opportunities and activities that promote life-enhancing skills for adults with developmental and acquired disabilities in the Greater Nashua/Souhegan Valley community. The building, it turned out, needed some love. Rocky, their chief visionary, saw so much more as possible. With the help of BOH, he was able to realize his vision, which included a fully interactive theater, library, art space, movement lab, computer room, and even a “snoozelen room” (don’t look that up on Urban Dictionary). The building was stripped to its steel studs, and put back together in a matter of weeks, with more opportunity than before.

In 2016 came the Manchester Police Athletic League project, by far the most ambitious BOH undertaking thus far. Housed in the massive Michael Briggs community center on Beech Street, it presented a whole new set of challenges. Ceilings were very high, most of the HVAC equipment on the roof was in need of replacement (read: cranes), and kids were still coming through on a daily basis. This was a project requiring cubic dollars, and the BOH crew responded with a team of folks who focused on grant money.

Over a dozen interior designers were tasked with working on their own room. Each designer was partnered with a commercial general contractor, and was given a budget and expectations — somehow the gears all managed to become a very effective machine. Climbing ropes were hung in the gym, new bathrooms were built for the common areas, and a bright, beautiful mural was painted on the outside of the building to let everyone know just what was happening on that corner of Beech and Lake. 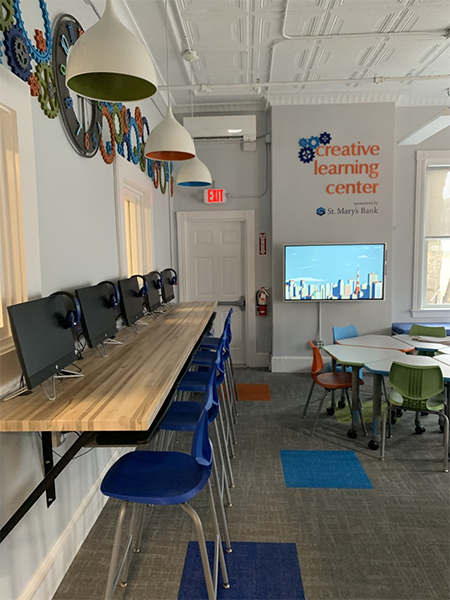 In 2018, the board decided to help the Crises Center of Central New Hampshire in Concord. Housed in a 120-year-old building, it was less than optimal for housing multiple families, all with their own unique needs as they recovered from trauma. To add a layer of complexity, due to safety and legal compliance issues, the location could not be publicly disclosed.

CCCNH’s mission is to empower individuals to make positive changes in their lives and become independent members of their community through services, including a 24-hour hotline, emergency shelter, court advocacy, hospital advocacy, forensic interview support, community education, legal referrals and support groups. CCCNH served 1,184 people, answered 4,950 hotline calls and provided 2,991 bed nights in 2017 alone, but the demand for shelter is high, and CCCNH was forced to turn away 319 women and children in a single year due to capacity limitations.

Once again, designers and builders were partnered up on rooms, and told to work their magic. Favors were called in, heartstrings were tugged, sleep was lost, tears were shed, and the building was taken down to its very bones and rebuilt in a few weeks. Upon completion of Building on Hope’s renovation, which ended up being a gut of most of the building, the shelter’s capacity has nearly doubled from four bedrooms with 13 beds to seven bedrooms with 23 beds. A total of 17 rooms were renovated, and the house was equipped with a brand new security monitoring system, mechanical system with heat and air conditioning, windows, exterior siding, interior flooring, and is now wheelchair accessible with a lift on the porch and an ADA-compliant kitchen, bathroom and bedroom. Most of the rooms in the house are bedrooms for survivors furnished with serene colors, new bedding, custom shelving, desks and storage space.

All of this brings us to 2020. Everybody’s favorite year. And by everybody, I mean Jeff Bezos and The Waltons (my favorite digital band). A year where folks did not attend gala fundraising events. A year where fear reared more of its ugly and unwelcome head, and phrases like “defund the police” and “the thin blue line” were bandied about as casually as comments about the sporting events that never happened. A year where so many people died that many people started thinking mostly or only of themselves. But BOH somehow transcended all that.

My friend Dave Waldman, who has offered his videography services to BOH for eight years, described the impact of the pandemic on the Nashua Police Athletic League renovation: “What started as a 10-day project turned into almost a 10-month project. It’s been weird operating under the Covid cloud, but almost everyone has stuck with us to get the project completed.”

The Nashua Police Athletic League serves thousands of kids, most of whom live in poverty. The programs include, but are not limited to: The Mother’s Garden, in partnership with Grow Nashua, located on the Rail Trail between Ash Street and Vine Street, which is offered as a free garden space; athletics such as street hockey, cheer, boxing, football, cross country; academic and tutoring assistance; and mentoring and community involvement. In simple terms — any time a cop is teaching a kid how to succeed, the world is winning. Nashua Police Athletic League is an incubator for such experiences. In a neighborhood that needs the love, for kids who crave the guidance, this is exactly what is called for.

Dispatches From Building on Hope