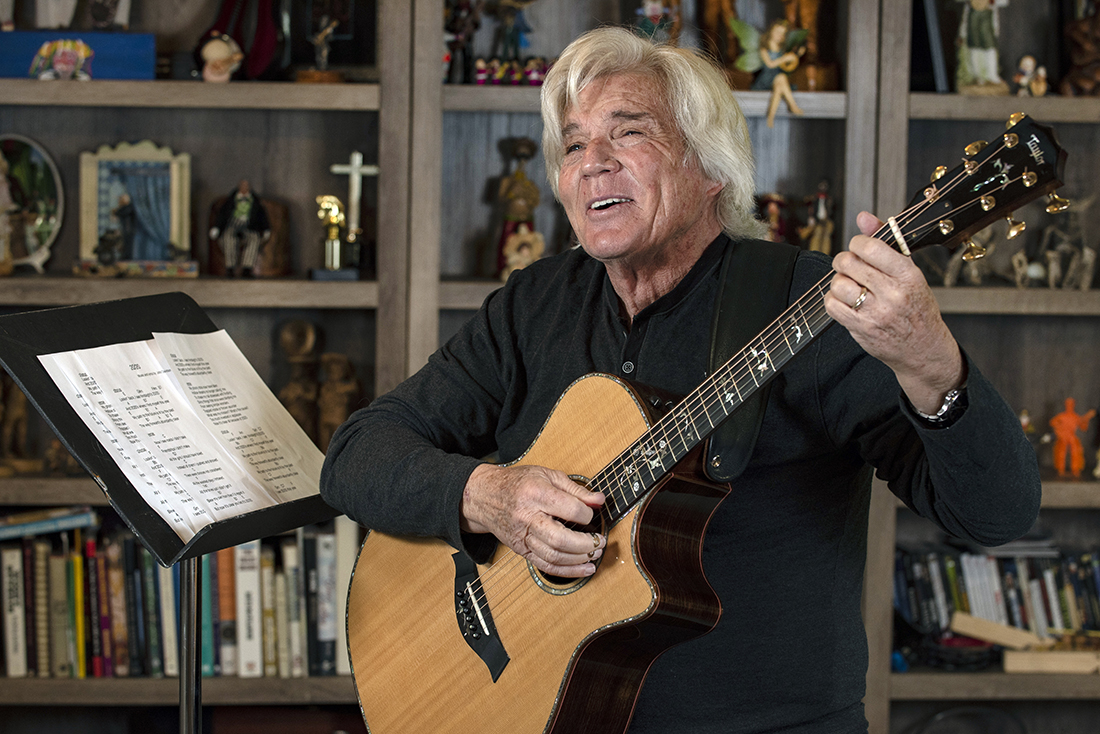 The timeless troubadour — Life’s lasting lesson is to keep moving

When I was turning 50, in 1990, I thought my mobile life was coming to a close, that I was going to start drooling soon, so I moved aboard our boat, a 96-foot single-screw diesel trawler, to prepare for an extended cruise with my family from Ventura, California, through the Panama Canal, and on to, well, wherever. The great escape. Being the whore that I am, I contacted Raytheon Electronics in Nashua, New Hampshire. I explained that I was the John Davidson from TV, you know, “Hollywood Squares,” “That’s Incredible,” and I asked them to contribute about $12,000 in navigational equipment for my dream adventure. They somehow bought the idea. Who knew! These New Hampshire folks are easily impressed. Or was it that they were willing to support a guy who has a dream? Anyway, I flew to Boston and drove to Nashua to pick out my toys. Beautiful drive into New Hampshire. The pine trees. Nice people. Not just Raytheon, but everyone I met got excited about my trip. I remember that.

In ’96, at 56, I became obsessed with creating a one-man theatrical show for myself. I narrowed my research down to Teddy Roosevelt (bully!) and Henry David Thoreau (simplify, simplify!). I found that both of these driven escapists came to New Hampshire many times for hiking adventures and self-discovery. Seems to be what people do here.

In 2013, at 72, after finishing a tour as the wizard in the Broadway musical “Wicked,” I got this crazy idea that I would ride my bicycle from Portland, Maine, to Portland, Oregon, while busking with my guitar to pay for room and board. I know, right? What was I thinking?

I set out from our home in The Berkshires and rode across New Hampshire (Route 9, Keene, Concord), camping, singing in storefronts, to get to Portland, Maine, to start my ride across the country. After seven days of rain, I got as far as Portsmouth and called my wife to come pick me up. Disillusioned. Busking is degrading. Look at me. Wasn’t I the guy who used to be on TV? Worn out. After biking up hills for six hours, who wants to sing? Come on. I was 72. But New Hampshire and its inhabitants were beautiful. Everyone I met seemed excited about my adventure. Really. People here get excited about people’s dreams. I remember that.

So then, in my mid-70s, I was overwhelmed, again, with the idea that time is running out, the runway is getting shorter. Personal freedom, the reinventing of myself to follow my passion, all that. And my new passion was to become a singing troubadour. I mean, be a singer/songwriter/storyteller in small venues across New England. I wanted to live closer to Boston where we have family. We loved The Berkshires, but my wife and I also wanted to live somewhere where we could afford a larger home for family get-togethers. 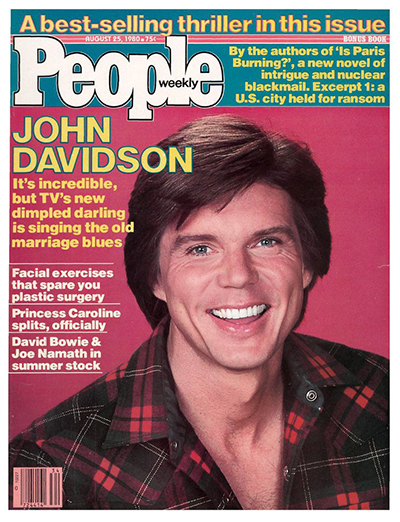 About the author: The multitalented John Davidson was the host of “The Hollywood Squares” and “That’s Incredible!” as well as the guest host of “The Tonight Show Starring Johnny Carson.” He also costarred with Sally Field on the series “The Girl With Something Extra.” He’s performed in a number of Broadway musicals, including a revival of “Oklahoma,” for which he won a Theater Guild Award, and as the Wizard in “Wicked.” Among many other accomplishments, he’s appeared in movies and toured the country as a troubadour/singer/songwriter/storyteller. Davidson has lived in New Hampshire for four years

Now, being a typical masshole, of course I started searching the internet for homes in New Hampshire. We soon found the house of our dreams in the Lakes Region.

I mean, what’s not to like? Tom Bergeron (“Dancing With the Stars”) lives in New Hampshire. Tom Rush (folk singer, entertainer) lives here (or did, he might be in Vermont now). Ernest Thompson (“On Golden Pond”) as well. Read Ernest Thompson’s “Acting Your Age” piece.

Snow: I’d rather be cold than hot and sticky in Florida. Heat makes me lazy. Cold makes me want to jump up and down. I love jumping up and down. Beautiful homes at amazing prices.

And even more, my feeling is that in New Hampshire there is a sense of freedom, individualism, self-reliance and, yes, healthy skepticism. Being a progressive, I of course came here in search of other progressive liberals, but I’ve also encountered open-minded conservatives who have been an inspiration.

All this is to say I love it here. Thanks, New Hampshire.