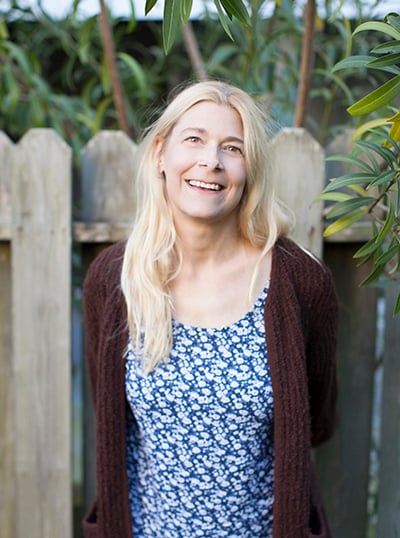 Lisa Rogak has been writing professionally since 1981. Her books have been mentioned in The Wall Street Journal, Parade Magazine, USA Today, Family Circle and hundreds of other publications. Her book Barack Obama: In His Own Words hit the New York Times bestseller list, and she has appeared on The Oprah Winfrey Show. Haunted Heart: The Life & Times of Stephen King was nominated for an Edgar.

Through the years, in addition to writing books on an almost-schizophrenic range of topics, she has published newsletters and books, started a greeting card company for dogs and cats, bought and sold vintage funeral equipment, and served as a ghostwriter. Today she is content just to write about food, travel and wine for magazines, blogs, and websites in between cranking out the occasional book or two.

A classically-trained pianist, she plays jazz and blues piano, upright bass and accordion with a variety of ensembles. She likes to get lost in old bookshops and junk stores and bakes like a fiend – as long as it’s anything chocolate – which earns her many fans.

Lisa grew up in Glen Rock, New Jersey, and spent most of the 1980s living in New York City. In 1988, she headed north and landed in New Hampshire. After spending two decades there, she lived in Charleston, South Carolina, for a couple of years before hitting the road full-time. After spending time in Central America, Norway, Spain, Panama, Scotland, Switzerland, Mexico, and a variety of Caribbean islands — among others — she headed back to New Hampshire.

Learn more about her here.

This season, you have no excuse for being without something good to read — whether you’re indoors or on a socially distanced plot of beach somewhere. Here are both NH author and independent bookstore recommendations.

All Aboard The Tiny House Train

These new Roundhouse Workshop tiny houses capture the spirit and whimsy of trains of old.

Cow cuddling is a fast-growing trend for people who can’t get enough bovine time.

Come for the laughs, stay to learn how to service your own Tesla.

Lisa Rogak,
Guide to Summer, People, Things to Do

Behind the Scenes at Santa’s Village

Why just settle for Christmas in July when you can enjoy the spirit of the North Pole from May to December at Santa’s Village? And while the Big Guy still gets credit for all the holiday fun, here it’s really the elves who make the magic happen.

The Hood Museum at Dartmouth College in Hanover underwent a massive renovation and is ready to reopen. Get a first look at this local art gem.

Whimsical. Charming. Folksy. Eclectic. None of these words sum up Jim Lambert’s work, but all are accurate. This New Hampshire artist doesn’t fit neatly into a category — perhaps that’s exactly why he’s so beloved.

The Other Mountain Club

The Randolph Mountain Club, with its low-key, bare-bones approach to outdoorsmanship, keeps things real for hikers and has even been called New Hampshire’s best-kept secret.

Pets on the Job

We asked eight of the Granite State’s hardest-working pets (including cats and dogs as well as a chicken, turtle and parrot) about their jobs in various industries, from hospitality to medicine. With a little imagination and some help from their human counterparts, here’s what they had to say.