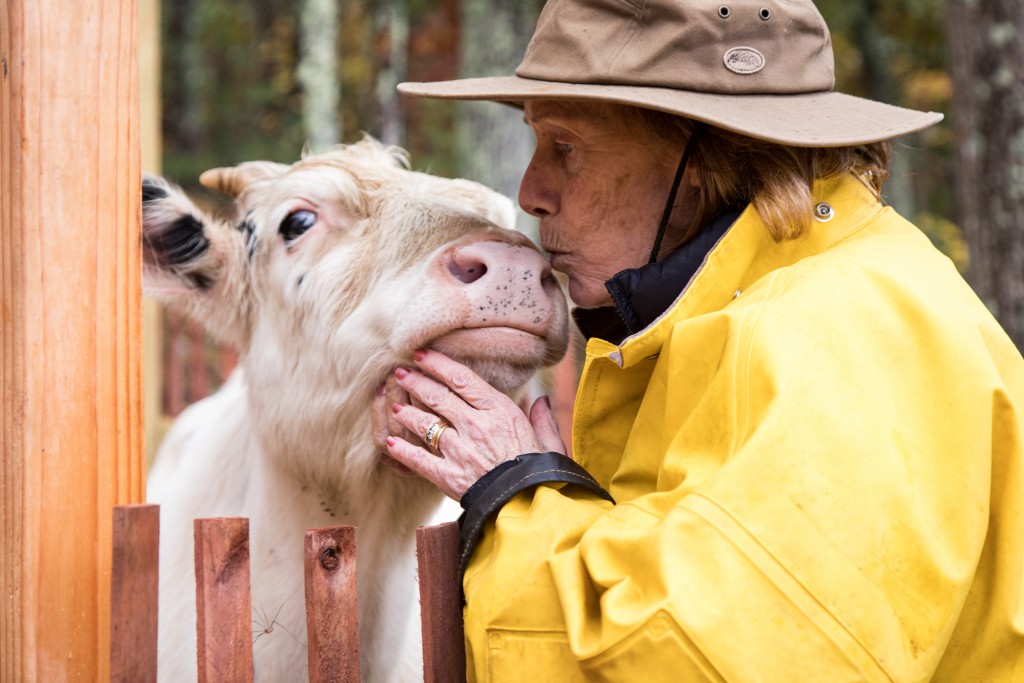 As a lifelong aficionado of state fairs, Brian Bradford of Goffstown spent most of his time in the cow barns trying to snuggle the long-lashed bovines. “I’ve always loved cows,” he says, but between interruptions from clipboard-toting judges and other fairgoers — not to mention a regular dose of side-eye from the cows’ owners — he rarely got his fill.

So, in January 2021, he purchased three cows that he could hug to his heart’s content. Mocha, Merl (short for Merlot) and Moscato were all born at a nearby dairy farm, where they faced uneasy fates: Merl and Moscato are male, while Mocha was born a freemartin, which is the female twin of a male. Exposure to the male hormones meant she had a 99% chance of being infertile.

Bradford settled them on a 23-acre spread he had acquired the previous year in Goffstown, just over the Manchester town line, and christened it Granite Oak Farm after the predominant “crops” on the land. He spent every spare moment with them, bottle-feeding each one so they would become used to being handled.

He could finally get all the cow time he wanted. He figured since he’d be there on the weekends anyway, with his son Brennen helping out, why not share it with others?

So, last summer, he launched a cow-cuddling program, where for $25 for 30 minutes or $40 for a full hour — a bargain compared to therapy — people can come and hang with the cows in their individual huts. Some people brush and pet them, moving between cows so everyone gets equal dibs, while other visitors snuggle with just one cow for the allotted time.

Bradford is clearly on to something: Cow cuddling is a fast-growing trend where people can commune with a placid bovine on farms in Upstate New York, Texas, California and elsewhere. 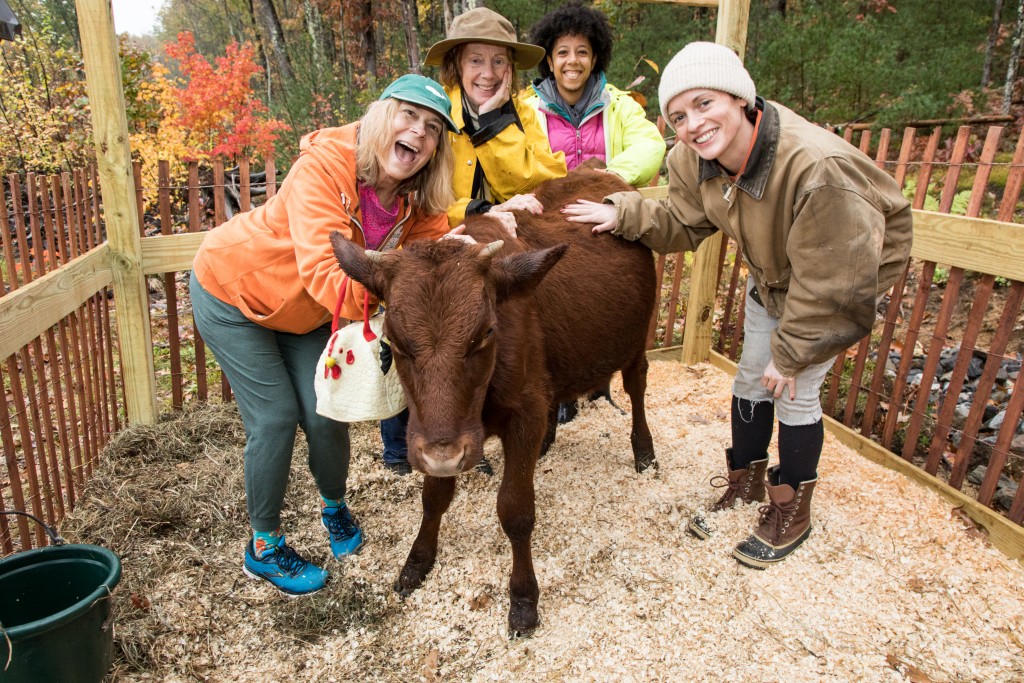 Like Bradford, some people can’t get enough cow time and have become frequent fliers at the farm. One woman visited several times shortly after he launched the business. “The first time she cuddled with Mocha, her hands were black,” he says. “She told me this is the happiest her hands have ever been.”

Bradford also keeps a few sheep and goats and plans to set up a petting zoo to supplement cow cuddles. But given the enthusiastic response to his bovine trio, two more cows — Lily and Cosmo — will join the herd this spring. Some have asked him to bring the cows to birthday parties and corporate events, so a mobile cow-cuddling unit will launch once he gets a travel trailer for the herd.

He also wants to make one cuddle hut accessible to people with disabilities, envisioning a custom crane and seat that will allow a cuddler to maneuver around a cow without a wheelchair or scooter getting in the way.

None of this was on his radar a few short months ago, and it’s pretty much the polar opposite of how Bradford spends his day job in IT at PiF Technologies in Hooksett. But he still comes to the farm to hang out with the cows on his lunch break, and cow cuddling will be available through the winter.

Granite Oak Farm is located at 227 Goffstown Back Rd., Goffstown.

Beyond the Brush: The Galleries at 30 Main