The best summer reads for 2022 by New Hampshire authors 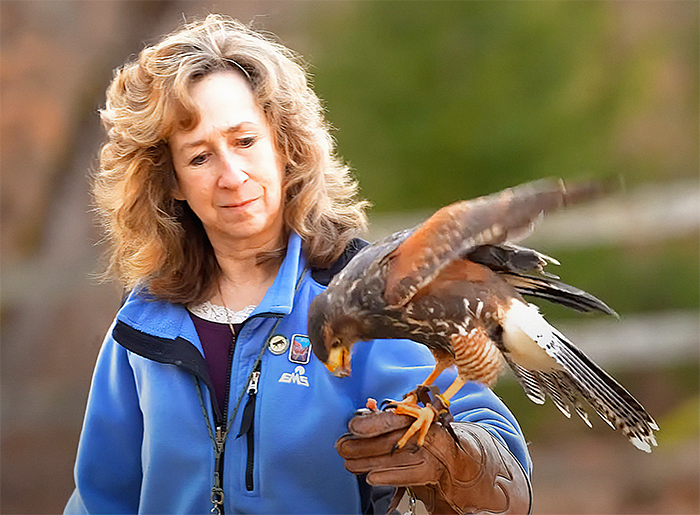 This season, you have no excuse for being without something good to read — whether you’re indoors or on a socially distanced plot of beach somewhere. You can discover the wondrous world of one of nature’s fiercest creatures, the hawk, with Sy Montgomery, follow Ken Sheldon down the rabbit hole of a WWI-era true crime story, distract yourself by trying to untangle the (fictional) mystery in “Whirlybird Island” by Ernest Hebert, get literary with a volume of poetry by Rebecca Kaiser Gibson and much more. There’s something for every reader, and plenty of opportunity to discover your next favorite author. The ideal place to buy books is at your local bookseller, and while there’s a short list of excellent options below, make sure to check out this list, originally published in celebration of Independent Bookstore Day, for even more suggestions. 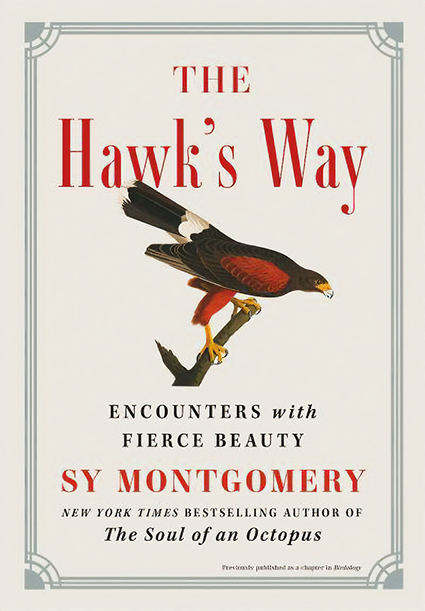 “Inches from my face, I hold a living dinosaur.”

Falconry is a world of violence, of hawks toward their prey and occasionally toward their human companions. Indeed, vivid descriptions of crunching bones, a gushing wound from a misplaced talon, and sliced ears — all human — pepper the book, which chronicles Montgomery’s experiences working with a 4-year-old female Harris’s hawk named Jazz. I’ve flown hawks before with an experienced falconer, but truth be told, if I had read her book beforehand, I may have bowed out.

Even Montgomery’s own husband, novelist Howard Mansfield, tells his wife that training a hawk is “like handling a loaded gun.”

Montgomery is unruffled. “It’s her wildness I want,” she admits.

In many of her previous books — including “The Soul of an Octopus” and “The Good Good Pig” — Montgomery approaches the main character with the expectation of winning over a new friend. Though they may be gentle or fierce, and occasionally wary, eventually the critter warms up to her. This is something a hawk will never do; like a narcissistic spouse or partner, it’s always all about them. So when falconer Nancy Cowan took Montgomery under her wing to train her in everything hawk, she spelled it out at the very beginning: “If you want love out of this, you’re too needy.”

She was OK with that. In fact, she was stunned by her hawk obsession, one-sided as it may be, writing, “My whole soul feels like a yawning hole that only this bird can fill.”

Below is a short list of great independent bookstores, and you can find many more from around the state here.

Perhaps her most salient discovery comes when she is forced to reconcile her lengthy tenure as a vegetarian with the cutthroat eat-or-be-eaten life of a hawk. Montgomery raises chickens, and has to fight down some preconceived notions — as well as bile — when she shows up at Cowan’s house one day to find her sitting at her kitchen table calmly sawing the heads off frozen baby chicks, a vital tool in training a young hawk.

“They love the heart,” says Cowan. “And the heads. The whole thing about falconry is getting to hunt. Not to hunt is to deny what they are.”

Montgomery is torn, thinking of the chicks who nestle up to her back at home. But the desire to connect with that unpredictable and ancient wildness wins out over entrenched principle, frozen chick head be damned. Once outside, she offers up a fluffy, icy morsel to a hawk named Fire and admits to feeling something akin to a mother’s satisfaction when she flies to her glove and lustily digs in.

“What is happening to me?” she wonders. But it’s nothing more than this: In pursuing communion with a creature that harkens back millions of years, she was forced to adapt her own actions and belief system, and in the process she stumbled upon an endemic trouble in today’s society — digging in to defend your own cause while blind to the needs and desires of others.

Montgomery could have easily refused to sacrifice her morals and would have still gotten a good book out of it.

But the animal world isn’t black and white. And neither is ours.

In that, “The Hawk’s Way” presents an important lesson we could all learn. 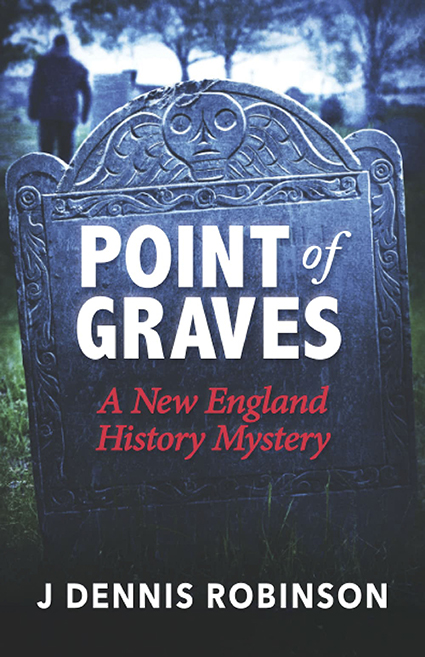 Locals will recognize the name “Point of Graves” as a real-life Portsmouth cemetery. One can feel the power of the past in this ancient burial ground with its tilted, skull-embossed stones and wind-swept riverside location. In his first novel, J. Dennis Robinson, a respected historian, expertly blends history, mystery and authentic Portsmouth locations to create a fascinating tale. Reporter Clair Caswell recruits her former lover, museum caretaker Levi Woodbury, when a mysterious death occurs in New Hampshire’s oldest seaport. What is the connection between the dead man, his missing “manifesto,” and the possibility that an ancient cemetery lies beneath the site of the city’s next high-rise parking garage? “Point of Graves” Harbortown Press, $14.99 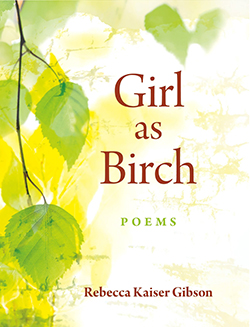 New Hampshire’s birches are known for their flexibility and strength, and in Rebecca Kaiser Gibson’s poems, they become the metaphor for her journey from young girl to woman. Like the trees, Gibson withstands and overcomes storms, changes and various seasons as she views the options open to her, gender roles and other constraints. Her journey takes her through times of silence and repression, passion and articulation, action and boldness. The poems themselves change in form, from the impressionistic writings of childhood to the lyric poems of memory and experience as her emotional, social and spiritual self evolves. “Girl as Birch,” Bauhan Publishing, $17 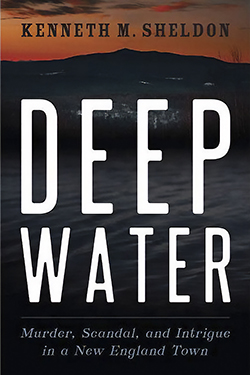 Ken Sheldon spent two years delving into thousands of pages of FBI documents, trial transcripts, newspaper accounts and eyewitness reports as he probed the long-ago murder of William K. Dean. The brutal killing occurred just as World War I was winding down. Dean’s body was found hog-tied and dumped into a cistern on his farm. His wife, who was in the early stages of dementia, was the initial suspect, but her friends pointed to a former tenant, believed to be a German spy.  Others believed that Dean’s friend, a politically prominent banker and former judge, was involved. The homicide split the town of Jaffrey in two, and Sheldon discovers that the effects are still felt to this day. The gripping tale reveals how wartime hysteria, political maneuvering and misleading reports nearly tore a small town apart. “Deep Water” Down East Books, $19.95 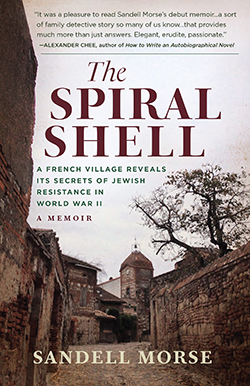 “The Spiral Shell” by Sandell Morse

In April of 1940, France fell to Nazi Germany and the lives of its Jewish citizens were never the same. Under the Axis regime, those Jews who did not escape or go into hiding were arrested or deported. Sandell Morse spent a three-year writing residency in Auvillar, France, and discovered incredible acts of bravery and rebellion by several Jewish families and individuals. These people took terrible risks to save the lives of innocent refugees and children orphaned by the Holocaust. “The Spiral Shell” is their story but also the story of Morse’s own journey of self-awareness as she uncovers truths about her own life and Jewish heritage. Standing up to oppression and genocide resonates today as much as it did 80 years ago. “The Spiral Shell,” Schaffner Press, 24.95; $16.99 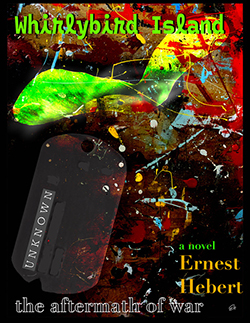 As a teenager, Junie Blaise is traumatized by the death of his father in a supposed hunting accident. The incident occurs while his dad is out with three fellow Korean War veterans during their annual reunion. Now in his 60s, the widowed Blaise lives an agoraphobic existence in a log cabin on Grace Pond in New Hampshire. Although much time has passed, he finds himself haunted by what really went on in the woods the day his father died. Blaise connects with Trinity Landrieu, a 20-something computer hacker and investigator, and the two begin unraveling a series of killings connected to America’s “forgotten war.” Along the way, they discover a disturbing incident that triggered the present violence and learn that some wars never really end. “Whirlybird Island,” Plaidswede Publishing, $19.95