A Ramble Among the Wreckage 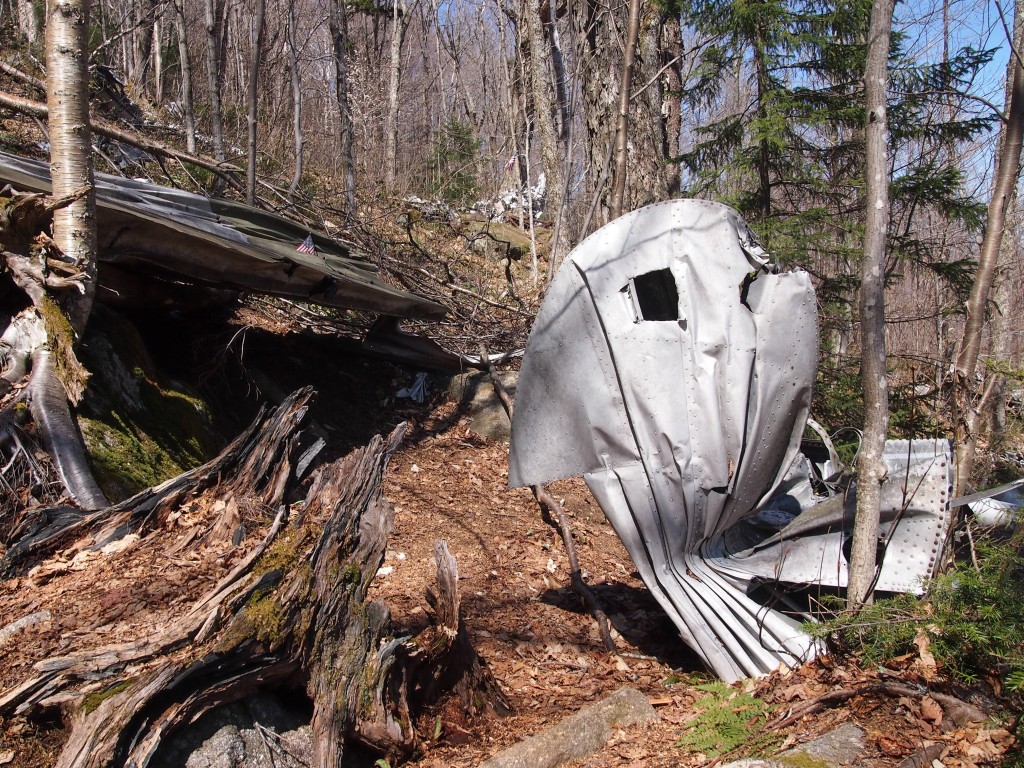 A good hike includes majestic views of nature, encounters with wildlife, and a sense of distance from the civilized world.

A great hike will include all that plus the twisted wreckage of an 80-year-old plane crash, like the one on Mount Waternomee.

On January 14, 1942, a Douglas B-18 Bolo bomber was returning to its base in Massachusetts after hunting German U-boats in the Atlantic. However, bad weather tricked them into the White Mountains of New Hampshire, with the 4,000-foot Mount Waternomee suddenly pretending to be sky right in front of them.

The plane crashed into its snowy flank just before 8 p.m. The wings and engines were torn off, pieces of the plane scattered, and a fire broke out and ignited the fuel. Only five of the seven crew members escaped the wreckage before it blew up.

Later, the army would strip the wreckage of anything dangerous, including detonating a 300-pound bomb that the plane had been carrying. They then left the rest of the wreckage where it lay.

Today, it’s still there, strewn in thousands of pieces on the mountain’s south side, as unexpected as a whale fossil in the desert. It’s also completely accessible to the public if you’re willing to break a sweat.

More from the wreckage

To learn even more about the 1942 crash, the rescue and survivors, click here to read a piece by What Do You Know columnist, Marshall Hudson.

I can’t say the site is difficult to get to because, well, I got to it, but it definitely isn’t overly easy. It’s about 4.5 miles round-trip, about a quarter of which is up the incline of the mountain.

The trailhead is on Walker Brook Road, off Route 118/Sawyer Highway, in Woodstock. All told, you’ll be ascending some 1,400 feet of elevation to reach the bomber’s gleaming metal corpse. But the shin splints are worth it. The pieces all over the place, in chunks as small as a fist to sections as large as an automobile. A blackened, broken tree trunk in the middle testifies to the fiery explosion.

I predict you’ll spend a long time there among the wreckage, because it’s that kind of place. But also because you’ll be really tired from the hike, and the scramble down the mountain still looming ahead of you.