A Visit to Dartmouth’s Tomb Room 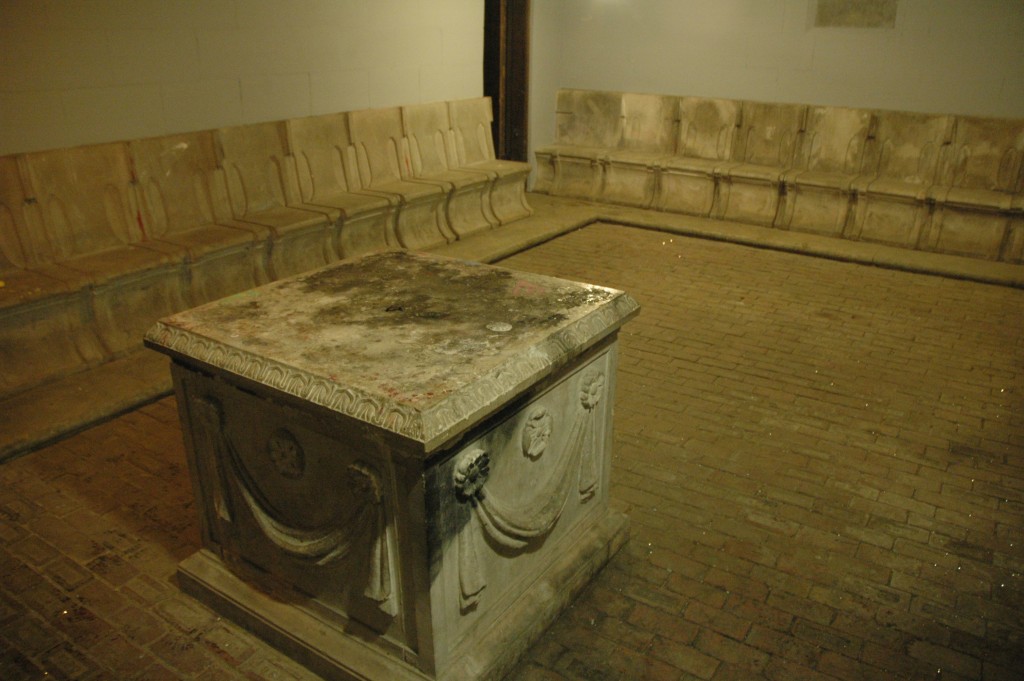 Most of the oddities I tell you about in this column are publicly accessible. But not this one. Not without an invitation. An invitation I once received. To something called the Tomb Room. Let’s go to Hanover.

Panarchy is a co-ed undergraduate society at Dartmouth College. It’s housed in a large, white mansion that dates to 1835. At some point in its history as a student residence, somebody with a lot of time and concrete on their hands constructed an underground chamber in the house that is rimmed in concrete seats with a central altar. The purpose of this strange room is lost to history, although the most common guess is that it had to do with obscure fraternity rituals, even though you can conduct most of those with red Solo cups and a ping-pong table. Regardless, I assume a lot of classes were skipped for its construction.

These days, they call it the Tomb Room. It just feels like somebody should be interred there. The floor is paved with brick and the surrounding row of concrete seats are all inscribed with either names or years, like epitaphs, some as old as 1897.

At the head of the room, three of the seats were build more like thrones, with clawed feet, high backs, and arm rests. Each bears a different name: E. R. Anderson, Dunning, and W. L. McCorkle. I tired tried to sit in one, but due to the narrowness of the thrones I can only assume that whatever ancient Dartmouth people who built it must not have had shoulders or hips.

Directly in front of those thrones, a simple, 2.5-foot-tall concrete box sculpted with flowers and a sash gave the specific impression of an altar, and I could only wonder what all had been placed atop it over its more than century of existence. Probably a lot of red Solo cups.