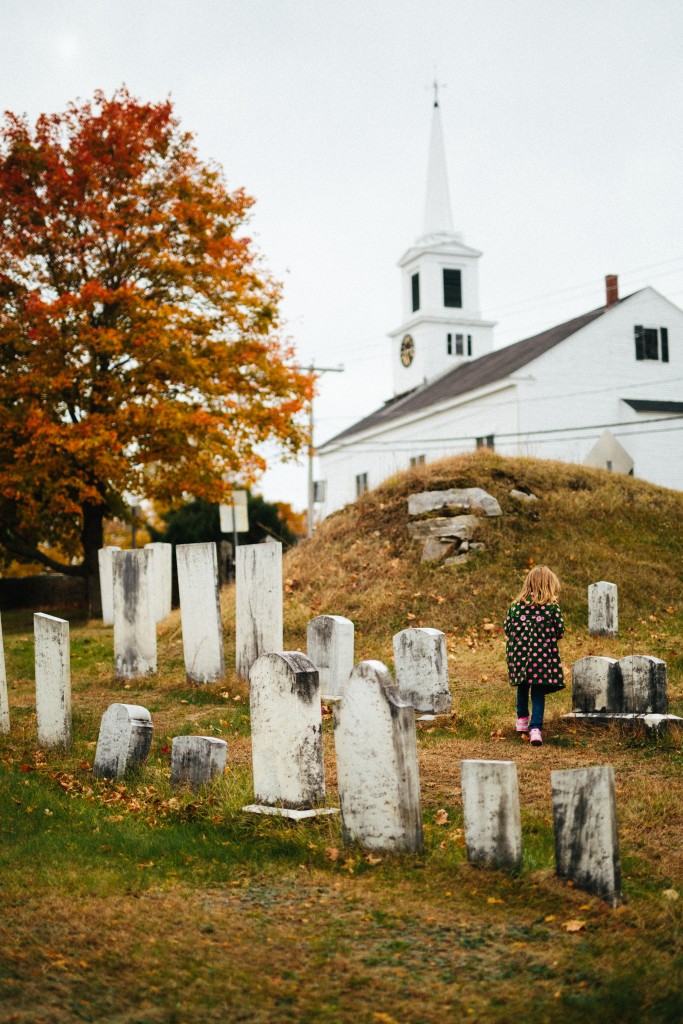 My family likes to sojourn through the spooky spots of the state, the places that are full of the ghostly and the dead and the strange, the Halloween side of New Hampshire: eerie ghost towns, ghastly graveyards, creepy bogs.

The state has a few 18th- and 19th-century ghost towns that you don’t need to hack your way through unexplored forest clutching old, faded maps to find (important if you’re visiting with small goblins). In the ghost town of Monson in Hillsborough County, the first ancient cellar hole to see is mere steps from a parking lot. Livermore in Grafton County is just off the side of a road. Thornton Gore, also in Grafton County, is less than a mile ramble through an easy forest trail to get to its graveyard, mill ruins and small waterfall.

And while a graveyard in a ghost town might seem the apex of ooky, New Hampshire has some absolutely creeptastic old graveyards. 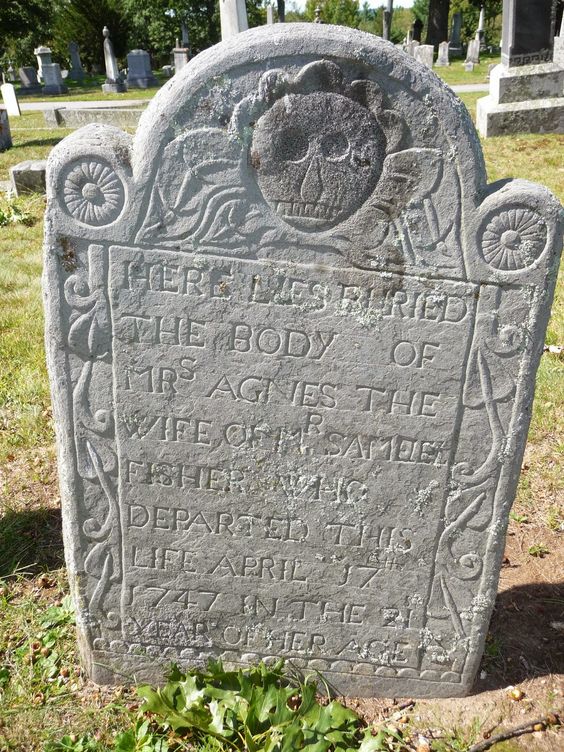 A gravestone from Forrest Hill Cemetery In Derry

Forest Hill Cemetery in Derry is a favorite of ours, with its weathered tombstones covered in ancient morbid art (skulls that look like Jack Skellington!). Old North Cemetery in Concord is good enough for Franklin Pierce and good enough for us. And Point of Graves and South Street Cemetery, both in Portsmouth, make me want to be buried by the sea. But just about any old graveyard in the state will do. While within their ominous gates, we make games of finding the oldest stone or the grave of a famous person, we place bets on which funerary statue is haunted, and try to find the strangest epitaph (which so far might be in Central Cemetery in New Ipswich, where we learned that “Mr. Gilman Spaulding was kill’d with an ax by an Insane Brother”). We treat these graveyards like town parks, except it’s only ever crowded six feet beneath.

But more than old stones will tempt us outside. The promise of carnivorous plants will do it too. To see those, we hit the bog trails — no waders required. The Fosaith Forest Nature Trail in Chester and the Ponomah Bog Trail in Amherst employ a path of narrow planks laid over the swamp so that you can walk out as dry as Jesus on the ocean and see turtles, water birds and three different varieties of meat-eating plants: pitcher plants, sundews and bladderworts.

Of course, it’s not Halloween without treats, so after hours spent among the ruined and the dead and the flesh-eating fauna, we love a good specialty sweet shop. Like the castle of candy that is Lickee’s & Chewy’s Candies & Creamery in Dover. Or North Conway’s Tricks and Treats, a Halloween-themed ice cream shop. There’s Chutters in Littleton, with its 112-foot-long candy counter (a Guiness World Record!) or Pearls Candy & Nuts in Salem, which is full of delectables from decades past.

But, honestly, with all that nature, all that history, all those gummy worms, you don’t have to be the Addams Family (or the Ocker Family) to have a blast at these places.

J.W. Ocker is the award-winning author of nonfiction travelogues, including “The New England Grimpendium,” “Cursed Objects” and the upcoming “The United States of Cryptids.” Additionally, J.W. has written a number of Live Free and Weird columns for New Hampshire Magazine.