Discover a Unique and Whimsical Candy Shop in Dover 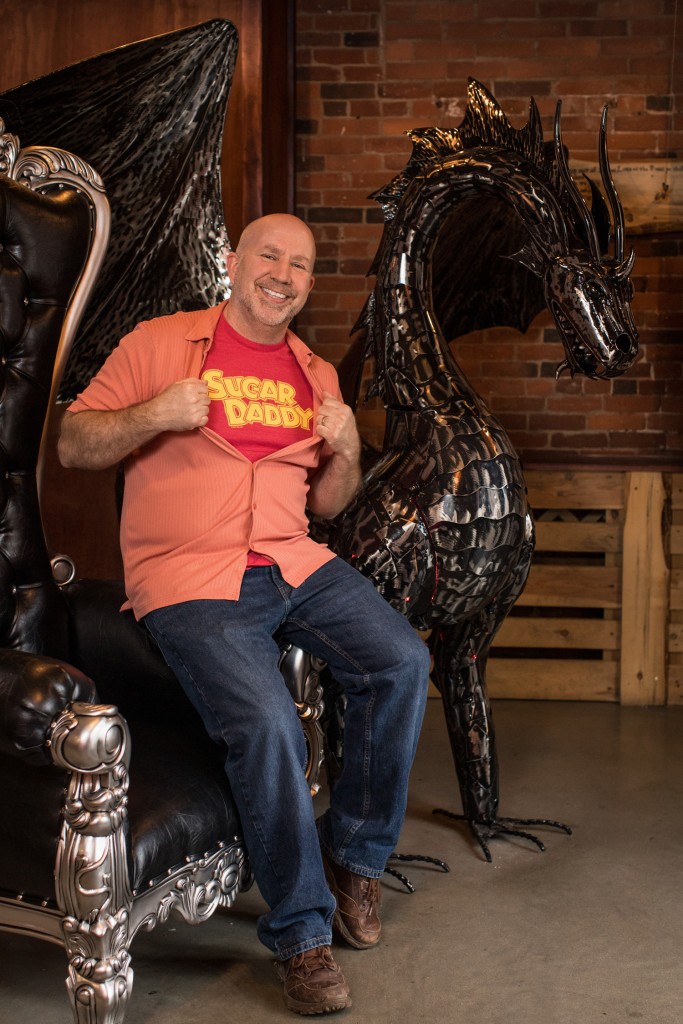 Trying to pin a job description on Chris Guerrette can be a bit of a trick. He’s a business owner, to be sure, but stopping there would be selling him short.

Add a few more titles and you may get close: candy fanatic, networker extraordinaire, mad scientist, importer, builder and idea man. As the owner of Lickee’s & Chewy’s Candies & Creamery in Dover, he brings all of those skills together to create a unique experience that acts as a tractor beam for anyone with a sweet tooth.

“I always wanted Lickee’s and Chewy’s to be more of an experience for folks when they come to see us,” Guerrette says. “Customers come in and look around with wide eyes — which is exactly what we hoped for. It makes it fun.”

Step inside the Dover confectionery shop and discover that Guerrette is part Merlin with a little Willy Wonka and a little Walt Disney swirled in. The one-of-a-kind, fantasy-themed, 5,000-square-foot space in the Cocheco Mills offers a dizzying array of chocolates, truffles, ice cream and shakes, sodas and candy from all over the world. But the first impression, one carefully planned and executed, is that this is no ordinary sweet shop.

The first clue: The entire operation is watched over by a dragon named Igor who stands next to a grand black-and-silver throne. Nearly a dozen smaller dragons are stationed throughout the space; a village of faerie houses is tucked here and there, connected by sparkling lights signifying that the inhabitants are visiting one another; a collection of butterflies stretch their wings near the ceiling; a full-size Cinderella carriage sits in the middle of things, and fixtures — some acquired from India — are massive, heavy wooden and iron structures that add a completely authentic vibe to things.

“I’ve been a big fan my whole life of science fiction and fantasy,” Guerrette says. “If you look closely, you’ll see influences from every major science fiction movie or fantasy story, whether it’s ‘Lord of the Rings’ or ‘Harry Potter.’ There’s usually a little something that’s been turned into part of the store.”

The idea first came to Guerrette while he was on deployment in Afghanistan with the US Air Force. Families and supporters back home would send care packages packed with candy, and it would be collected and piled onto an office table. Someone once commented, “That’s a lot of lickies and chewies.”

“I had never heard that term before,” Guerrette says. “Come to find out, it’s an old military term to describe candy and chocolates. I thought, I’m going to open a candy store with that name someday, and here we are, many years later.”

Guerrette the idea man then went to work, pulling storylines, business plans and ideas from dozens of sticky notes that line his workspace, eventually formulating a backstory and creating the legend of Lickee, the knight, and Chewy, the dragon, from the kingdom of Caramelot. The store’s mascots were brought to life by New Zealand artist Nate Walker.

The shop, which opened in September of 2018, has an identity, a backstory and a tangible, utterly unique vibe — and yet it’s impossible to lose sight of the fact that this sugary fortress is first and foremost a carefully curated candy store. Building relationships with dozens of distributors and candymakers allows Guerrette to stock items not found elsewhere. There are entire sections of sweets from Europe, Japan and even Scandinavia. 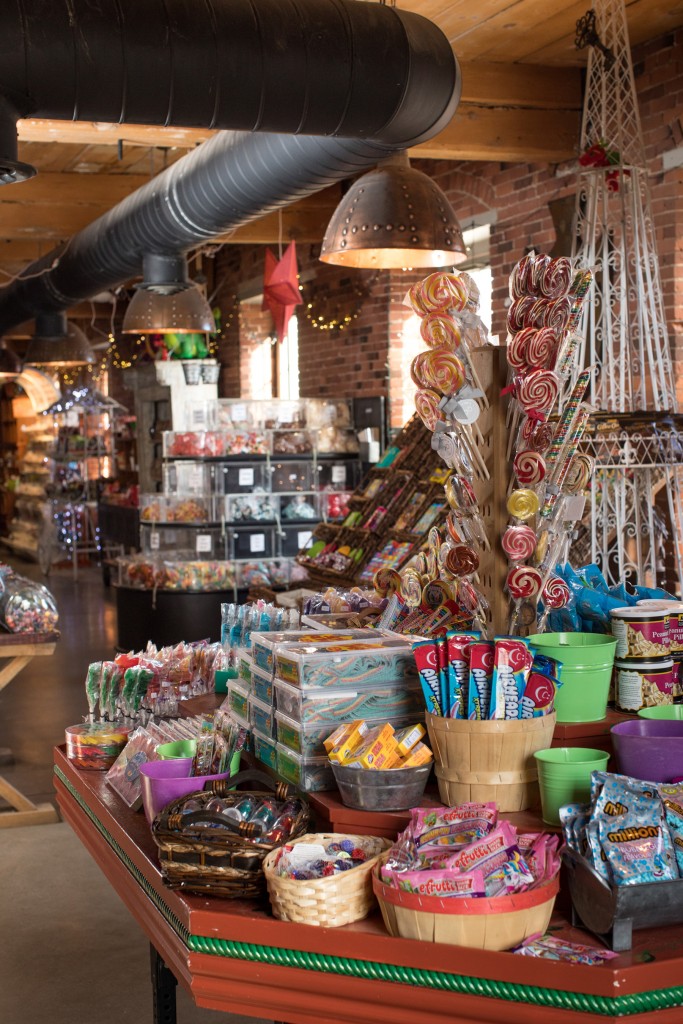 Every surface at Lickee’s & Chewy’s is bursting with both familiar and unfamiliar confections, which are sourced from all over the country and abroad. Photo by Kendal J. Bush Photography

“I find these niche, small candy companies all over the world,” he says. “I carry a candy from a company called Lammes Candies in Texas. I fell in love with it and have carried it in my store for years. They’re very small — they only make a few products — but I think they’re amazing and I’m super-excited to share that with customers.”

The Texas Habanero Pralines are among the more unique flavors on the shelves, but they’re far from the only unusual selections. There’s an entire section of spicy candy and chocolates infused with heat. Or try, for example, the most sour candy in the world.

“It’s this ridiculously insane sour candy from England, Barnett’s,” Guerrette says, laughing. “They’re hard candies that literally come with a warning. But these are things you can’t just buy from a distributor. I’m able to get them because of years of research and developing relationships.”

It’s not only oddities, however. Guerrette’s team offers, among other things, cookies, fudge, hard candies, jelly beans and handmade chocolates and the outrageous King Shakes. It’s those massive, chilled treats that’ll draw the eye away from the magical menagerie that calls the store home.

“I created all those myself,” Guerrette says. “I’m kind of the creative piece in the store, always coming up with ideas. We always start with the shake flavor because that’s very important. Each shake has three to four ingredients in it. Then we’ll decide on a theme, what the top will look like, and then we’ll try different things until we’re happy with it.”

The seemingly gravity-defying shakes are topped in a vivid combination of cookies, candy, nuts, gummies, sprinkles, popcorn and chocolate shavings, chips and chunks, depending on the theme and Guerrette’s latest creative experiment.

“Being a candy and chocolate shop, we can create these shakes that have things in them that most places don’t, because they’re just a diner or an ice cream shop.”

“Kevin and I were stationed together for years at Pease,” Guerrette says. “The two of us used to talk about our dreams after we left the military — he would open a distillery and I’d have a candy store. When I met Kevin, those things were just literally ideas. It’s interesting to see how we’ve both been able to pull it off.”