The Mystery of Monson 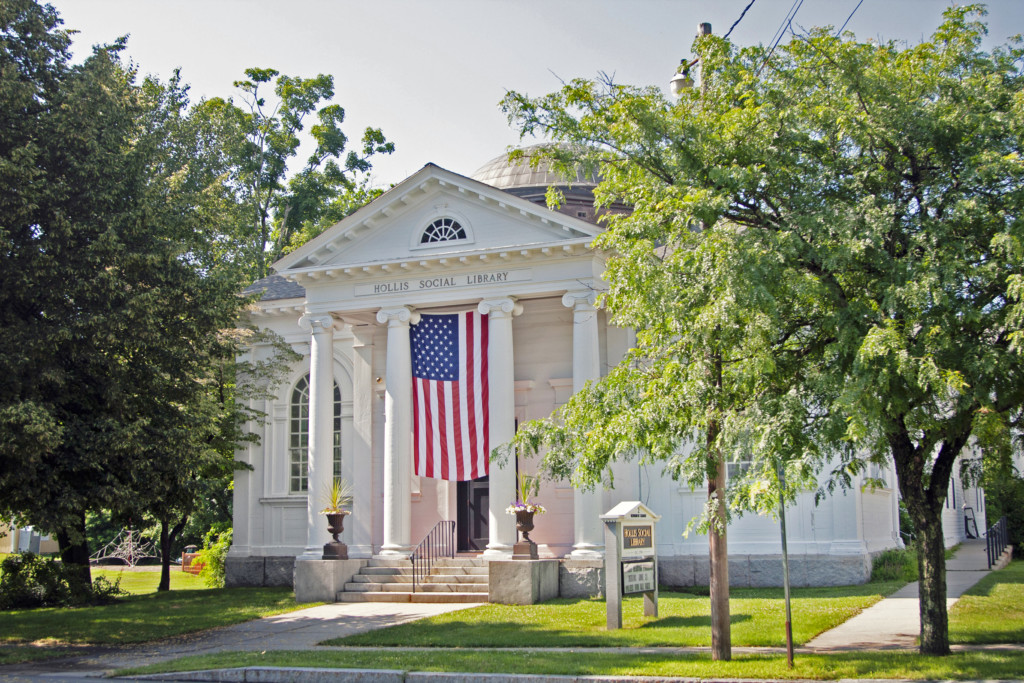 Ghost towns have no regard for political boundaries. Take the village of Monson Center, for example: Bits of it lie in Hollis, Brookline, Amherst and Milford. The search for this ambiguously located ghost town took us to Hollis, which is the “official” address, but the reality was a bit more complicated.

It turned out that the best way to get there is from Milford, as the trail leaves Federal Hill Road almost at the town line, from a small parking area marked by a Society for the Protection of New Hampshire Forests sign. It was the society that was instrumental in saving the site from becoming a housing development in 1998, and since then this almost-forgotten bit of history is open to the public. Its old roads are now walking trails leading past stone-lined cellar holes of the original settlers’ homes. Signs identify the families who lived in each one and tell a bit about them.

As the state’s first inland colony, settled as early as the 1730s, Monson is one of New England’s most significant archaeological sites. Its mixed geographical identity began early, for the area was part of Massachusetts in the early 1700s. In 1741, the borders of New Hampshire and Massachusetts were established, and Monson became part of New Hampshire, incorporating in 1746.

But the village never progressed beyond a cluster of houses. A meeting house was never built, nor a school — the only public structure was a pound for strayed livestock — and gradually the settlers moved away. By the 1770s, Monson was deserted and forgotten until its remains were threatened more than two centuries later. By then its land had been divided up by the four surrounding towns. The only building still standing is a restored house, occasionally open as a small museum of the village.

For those like us, who revel in the history that old stones tell, Hollis has several old mill sites along its streams. None of these buildings remain, but their foundations are easy to find. One of these, the Worcester Brothers Mill on a town trail off Rocky Pond Road, was originally water-powered, but later converted to engines and subsequently destroyed by an explosion. The massive stones in its foundation are thought to have been quarried in Hollis. So, it’s likely, were those forming the old stone bridge over Mill Stream on Federal Hill Road.

While Monson declined and disappeared, Hollis prospered into a town of fine homes and public buildings. Ninety of those are recognized by the National Register of Historic Places as part of the Hollis Historic District. Many of them line Main Street, fine old white clapboarded homes set back from a tree-shaded sidewalk behind picket fences. These represent most popular styles of the late 18th to early 20th centuries, from Georgian and Federal through Bungalow style. 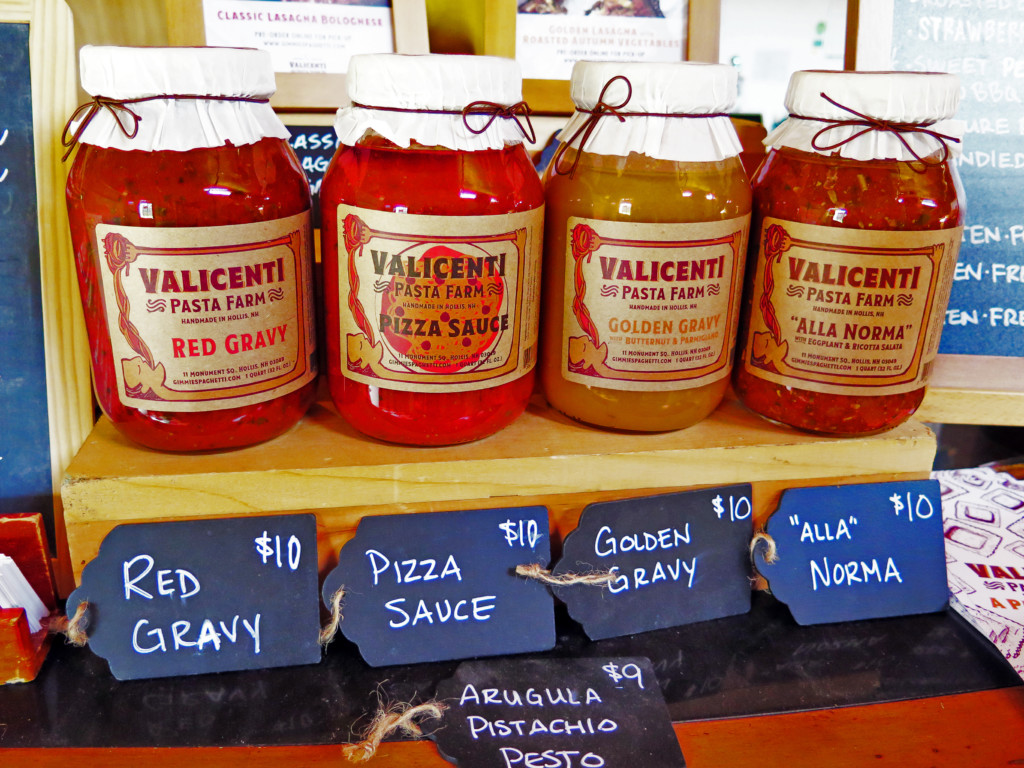 The sauces from Valicenti Pasta Farm are made from organic ingredients grown on the farm. Photo by Stillman Rogers

An example of the latter, the 1914 Wheeler House, is the home of the Hollis Historical Society, open Monday and Wednesday afternoons with exhibits on local history. Also on Main Street, the Always Ready Engine House has exhibits on Hollis history.

Just down the hill from the Engine House, Monument Square is a lovely green space shaded by venerable trees with the white Community Church and the Social Library side by side overlooking it. The square — really a triangle — is worth a stop. Two stones there tell interesting stories. The Nevins Stone, according to town legend, was half dug out of their field by the five Nevins brothers when Deacon John Boynton rode through town calling the militia to march to Lexington in April of 1775. Three of the brothers never returned, and the stone was later placed in the square as a memorial to the 92 Hollis men who fought in the Revolution. The Powers Stone commemorates the family of Captain Powers, a veteran of the French and Indian Wars, and his three sons who fought in the Revolution.

Just off Monument Square is the Valicenti Pasta Farm, its tomatoes ripening within sight of the Community Church and Library. We stopped to buy ravioli and inspired pasta sauces made from organic ingredients grown right there. The shop is in a corner of the big red barn where everything is made. Valicenti pastas and sauces are sold at farmers markets in Concord, Nashua, Derry and several in the Boston area.

Valicenti isn’t the only farm in Hollis that’s made a name for itself: Lull Farm is known for both its bakery and for its annual extravaganza of lighted jack-o’-lanterns at Halloween. As you can imagine, all those pumpkins feature prominently in the bakery at this time of year — in pumpkin-cranberry bread, pumpkin rolls and, of course, pies. The range of apples grown in the orchards is staggering; we found everything from Arkansas Black and Braeburn to Wolf River, along with the better-known varieties. On Saturdays in season, you can watch them press fresh cider.

Maple Hill Gardens is all about flowers, not food, with 12 themed show gardens and a wildflower trail. These beautiful gardens are tended by volunteers at the Beaver Brook Association, an educational organization for land use and nature education. Along with gardens devoted to herbs, fragrance, Victorian plants, attracting pollinators, and various growing conditions, the center has marked and mapped trails across 2,000 acres of conserved land that’s free and open to the public.