The Grumpy Grave of Caroline Cutter

Epitaph levels accusations from the other side 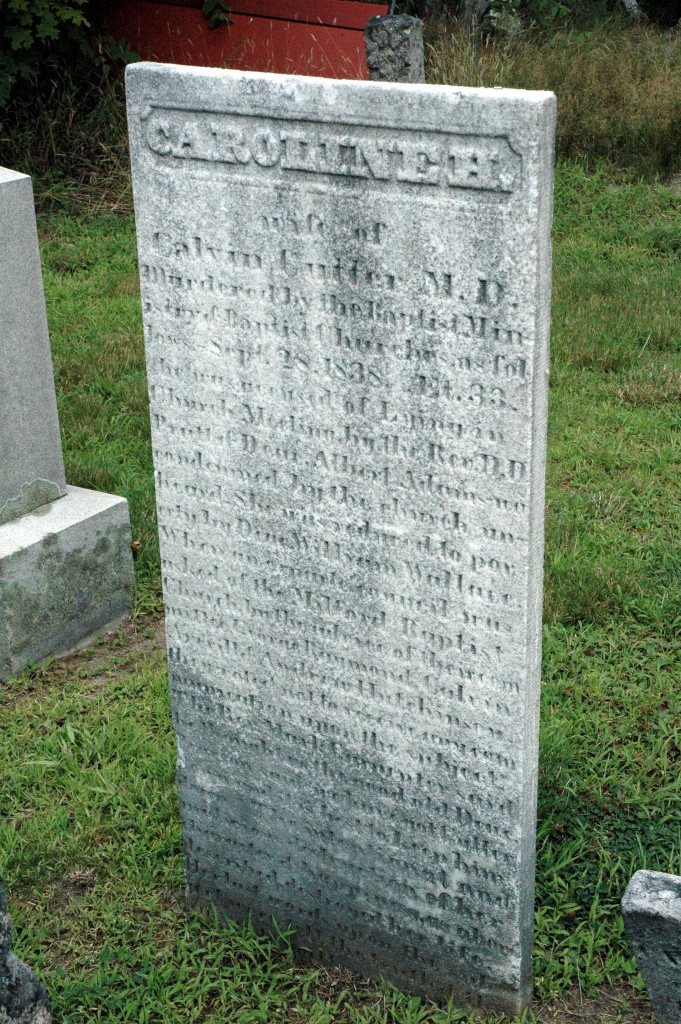 We put a lot of weight on people’s final words, but very little on their epitaphs. That’s because somebody else usually writes those and the words are mostly sentimental. But in Milford you’ll find a mid-19th century epitaph that’s pretty weighty – going so far as to name the murderers of the interred.

The gravestone of Caroline Cutter is a simple white rectangle, but on its face is crammed about 150 words of painstakingly etched accusation, courtesy of her husband, Dr. Calvin Cutter. Although the cramped inscription has weathered almost to the point of illegibility, you can still puzzle out the wording easily enough by looking it up online.

According to the gravestone, Caroline Cutter was “Murdered by the Baptist Ministry and Baptist Churches.” It goes on to name those Baptists who accused her of lying and reduced her to poverty, among other conspiratorial efforts. In summary, the grave states, “The intentional and malicious destruction of her life and happiness, as above described, destroyed her life.”

Turns out, it was a forward-looking statement. According to some sources, Caroline was alive when the stone was carved and installed, so it was more of a PR stunt.

The Cutters were kicked out of their church because Dr. Cutter was bullying members into funding the construction of another church in town that he was sinking money into. People got ticked about that, and his wife apparently took the embarrassment pretty hard. If you believe epitaphs. 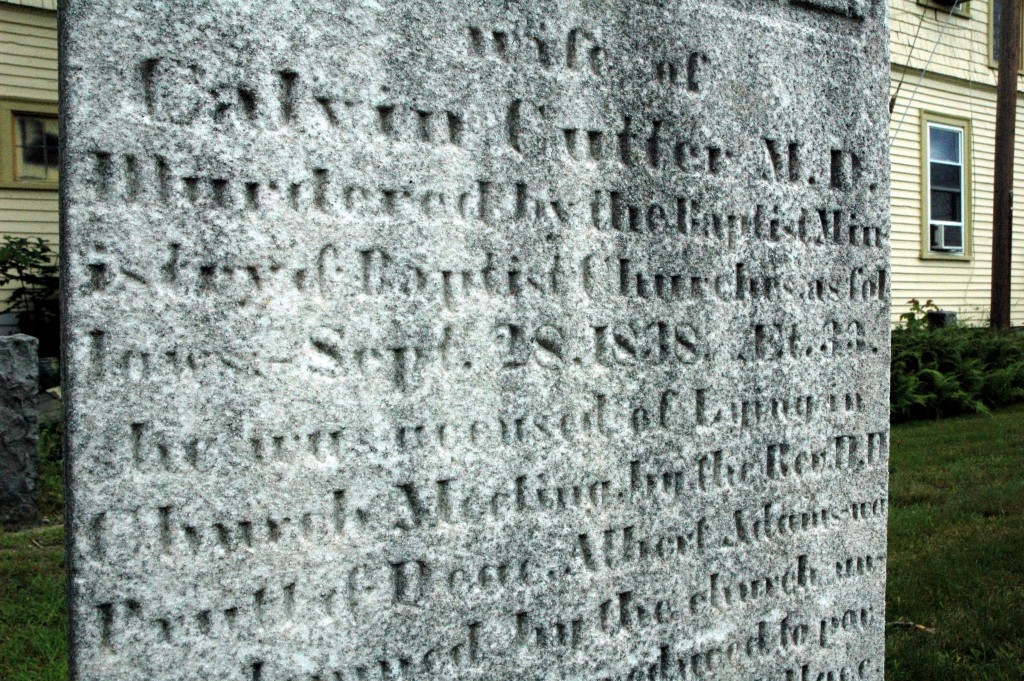 Caroline did eventually die and was laid to rest under all those heavy words. The grave is in Elm Street Cemetery at the intersection of Elm and Cottage Streets. It’s a small cemetery and the grave is easy to find. A large boulder – a cenotaph for the Cutters’ daughter Carrie – blocks the headstone.

According to the plaque on that boulder, Carrie died at age 20 and was the “first female to enter the service of her country in the Civil War, the first that fell at her post, and the first to form organized efforts to supply the sick of the army.”