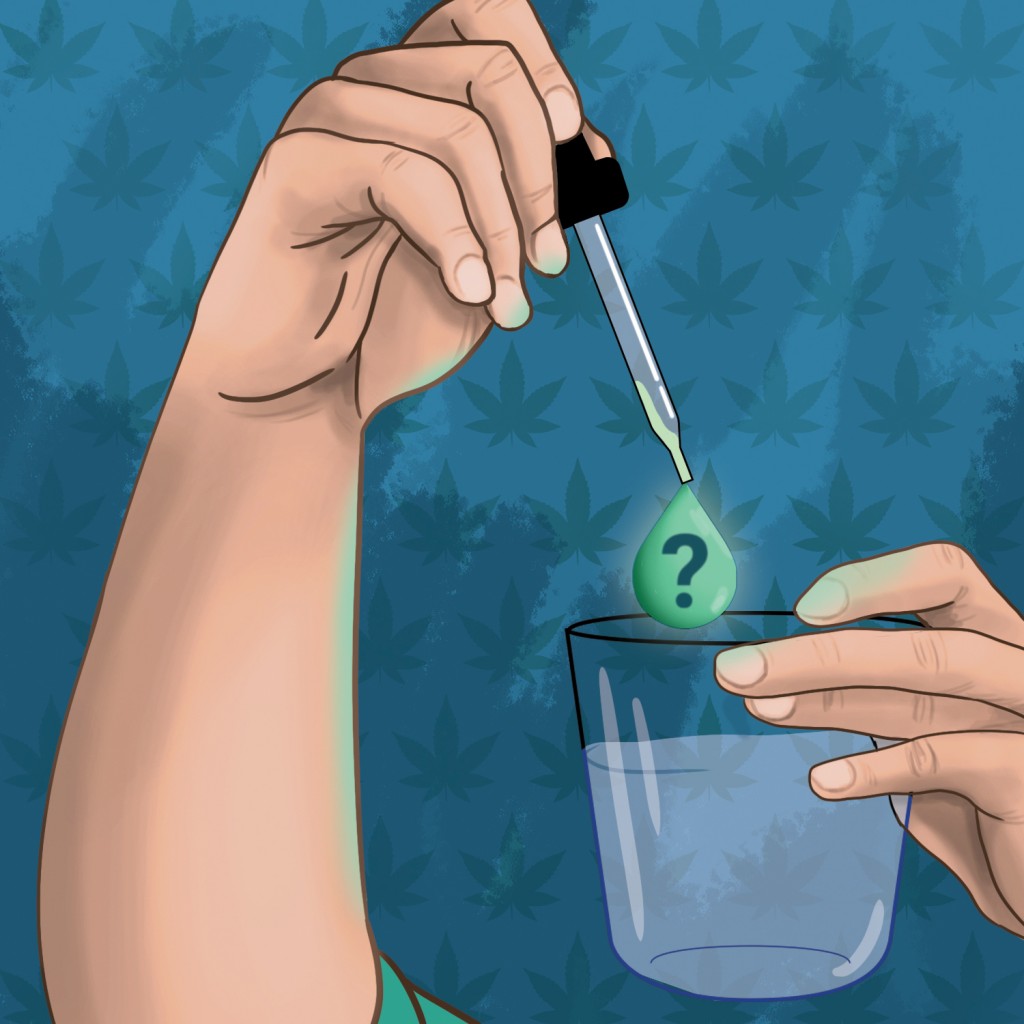 It seems as though someone’s peddling CBD on every street corner these days. You can buy CBD lotion that promises to reduce inflammation, book a CBD pedicure or massage that will supposedly enable you to achieve new levels of deep relaxation, and bring home CBD doggie biscuits that will purportedly relieve your elderly canine’s aches and pains.

Are these products legitimate treatments or shams? The cynical among us can’t help but raise an eyebrow when celebrities such as retired Patriots player Rob Gronkowski appear to cash in on the craze as they extol the virtues of CBD. (The former tight end claims that CBD has lessened the pain he’s endured from years of being pummeled on the football field.)

Like marijuana, CBD has gone mainstream, but scientifically CBD remains largely unproven. Not only are claims of CBD’s ability to relieve everything from anxiety, insomnia, Alzheimer’s disease, cancer and more largely unsubstantiated, CBD products can be unsafe for consumers.

CBD stands for cannabidiol, a nonintoxicating compound that is extracted from the cannabis plant. The legal particulars of CBD products vary from state to state, but CBD derived from hemp is legal under US federal law, and prescription CBD has been approved by the FDA as treatment for pediatric epilepsy. Otherwise, CBD is considered a supplement, which means it is essentially unregulated; unlike prescription drug manufacturers, supplement makers are not obligated to test or prove the effectiveness and safety of their products.

“We’re just beginning to get data on what [CBD] works for and what it doesn’t work for,” says Jerry Knirk, MD, a retired surgeon who is state representative for District 3; chair of the Therapeutic Cannabis Medical Oversight Board, and sponsor of a bill related to CBD regulation. “There is some evidence that it does help some things,” he says, “[but] some of the evidence is relatively weak. The evidence is nowhere near as strong as the claims that are made.”

Indeed, aside from data on using CBD to treat seizure disorders, “there is not a lot of medical research about what CBD can do,” says Nancy E. Johnson, MD, a physical medicine and rehabilitation specialist at Cheshire Medical Center Dartmouth-Hitchcock Keene. “There certainly are a lot of case reports, or people’s own testimonial type of evidence, but there’s very little quality research. … There are some studies in animals that suggest that there’s potential use for anxiety, inflammatory disorders and chronic pain,” Johnson says, “but no good human research at this point.”

However, the medical community does see potential in CBD. A number of effective medications come from botanicals, Knirk notes, including the widely prescribed heart medication digitalis, which is derived from foxglove. “Botanicals can really do something,” he says. “There’s no question about that.”

If people feel better after taking CBD or some other drug or supplement, it can be difficult to know if they feel better because of the passage of time, the placebo effect or some other factor. “That’s why we need well-designed drug trials,” Knirk says, “to find out what [CBD] really does do.”

Just as we don’t know with any certainty what good CBD might be capable of (aside from its effectiveness in treating pediatric epilepsy), not much is known about its risks and side effects. Some seizure patients treated with high doses of CBD have experienced diarrhea, nausea, vomiting, dizziness and drowsiness. Currently, there are no set recommendations for dosages in other patient populations, Johnson says.

Additionally, there is concern that CBD might interact with prescription medications including statins, commonly prescribed to lower cholesterol. Prescription drug users, in particular, should check with their physician before using CBD.

Whether CBD is safe for women who are pregnant or breastfeeding is also a big unknown. And all consumers should be aware that they “have no idea of truly knowing what’s in [CBD products],” Johnson says.

When tested, over-the-counter CBD products have varied greatly in terms of their ingredients and concentration of CBD, with some products containing more or less CBD than advertised, and some containing none at all. “You might pay $25 [for a CBD product] when it actually contains zero CBD,” Knirk says. Also, some tested items contained significant amounts of THC, the main intoxicating compound in marijuana.

In an effort, he says, to protect consumers and rein in the currently uncontrolled CBD market, Knirk is sponsoring a bill that would regulate the quality and content of CBD sold in the Granite State. More specifically, the bill demands that CBD products for sale be tested by a third-party lab to certify each product’s CBD content as well as its THC content and inclusion of other ingredients that consumers might not expect nor want with their CBD, such as pesticides, heavy metals and mold. The bill would prevent CBD manufacturers from making unsubstantiated health claims and would require warning labels on products to alert consumers who are pregnant, breastfeeding or taking prescription medication of the risks associated with using CBD.

Knirk also wants CBD products to come with a warning that they are derived from hemp and might contain THC, which could be especially important to people whose jobs require random drug testing. “[If] they’re using CBD, they need to be aware that there may be some THC that [could] make them flunk their drug test.”

The bill, Knirk says, “takes us out of this morass of no regulation, where we don’t know what we’re getting, [so that we instead] have some truth in labeling and appropriate warnings on labels.”

You’ve probably read headlines in recent months regarding the growing number of people who have been sickened or killed by vaping. Currently, it is believed that at least one likely culprit behind the vaping lung injuries is vitamin E acetate, an oil used in the production of some vaping products that becomes dangerous if inhaled. To put it simply, “our lungs aren’t made to be coated with oil on the inside,” says Jerry Knirk, MD, a retired surgeon who is state representative for District 3, chair of the Therapeutic Cannabis Medical Oversight Board and sponsor of a bill related to CBD regulation.

CBD products are for the most part unregulated, which means consumers have no idea what they are buying — and inhaling, if they choose to vape — when they purchase CBD. James Neal-Kababick, director of Flora Research Laboratories, which was commissioned by the Associated Press to test a variety of CBD vape products, has compared vaping CBD to playing Russian roulette.

CBD comes in an array of forms, including food products, pills, salves and tinctures that dissolve under the tongue. “But if you look at the rate of absorption or the efficiency of absorption, probably most efficient is inhalation,” Knirk says. “The mucous membranes of the lungs [provide] a huge surface area for absorption,” he explains, “[but] it would be very rare that you would need an immediate hit [of CBD].” So why risk it?

Given the many unknowns of CBD and the dire health consequences that can result from vaping, “for now, people should not be vaping this,” Knirk says. “There’s no need to vape it,” he says. “Particularly when we don’t have a system [to ensure products are safe], and when you think of the problem we have with the THC vaping and the nicotine vaping, and these fly-by-night, black-market vapes,” the smart and obvious choice is not to vape.

Nancy E. Johnson, MD, a physical medicine and rehabilitation specialist at Cheshire Medical Center Dartmouth-Hitchcock Keene, agrees: “I think at this point, the medical community is against vaping, period. I don’t recommend vaping or smoking any kind of product unless you’re at the end of life.”

For more information, see what the FDA has to say about CBD.