Requiem for a Pair of Weird Restaurants

Odd offerings were the daily special 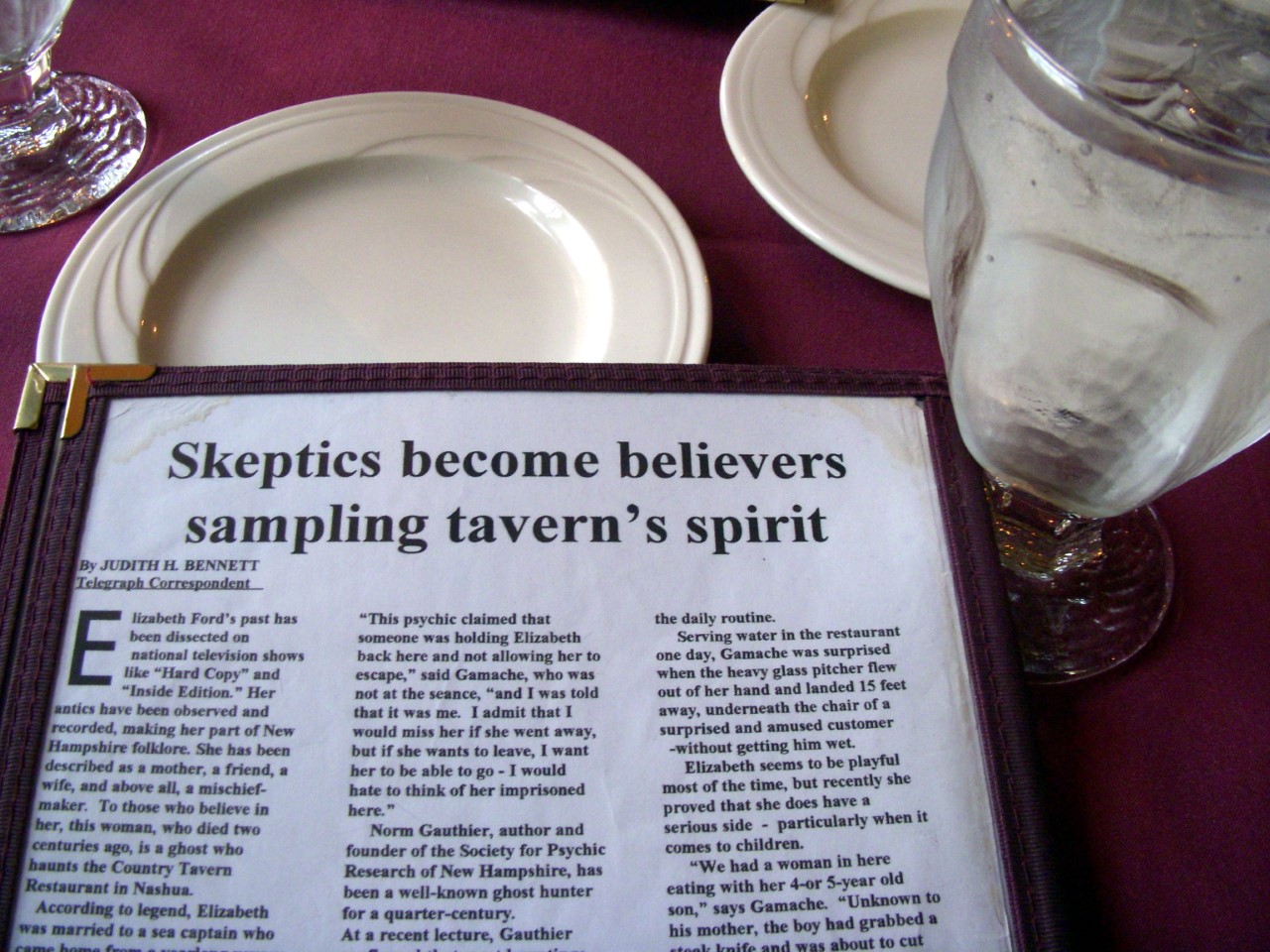 The Country Tavern made its patrons aware of its dark history. (J.W. Ocker photo)

When I’m on the road hunting oddities, I want to pack as many as I can into the day. That means when it’s time to eat, I usually throw back fast food at 65 miles per hour. Sitting down at a plate would just get me antsy.

The exception is when the restaurant itself is an oddity.

The restaurant can have a weird theme or be historically unique. It could be situated in an interesting place or have paranormal leanings. I’ve eaten in an ancient cave, at a werewolf bar, a pirate hideout. Edgar Allan Poe-themed, taxidermy-themed, witch-themed. I love me something to gawp at while I gobble.

Sadly, two odd eateries in New Hampshire shut down recently, each for a different reason.

The Country Tavern on Amherst Street in Nashua served its food in a 1741 farmhouse. According to the lore, it was haunted by the ghost of Elizabeth Ford. Her husband was a sea captain – and her murderer. He returned from a more-than-nine-month voyage to find that she had given birth. He threw her down a well and buried the baby under a tree.

Elizabeth would appear here or there or throw dinnerware around the place. That martini dropped on your lap by the server? Probably Elizabeth. For a long time, the lore was printed on a full page of the menu, although it was eventually demoted, framed in the lobby instead of laminated by the wine list, but still warning unwary dinners that their pasta primavera could come with a side of poltergeist.

After 25 years of dodging Elizabeth Ford to get your lobster bisque to your table, the Country Tavern shut its doors in May due to COVID-19.

Meanwhile, 60 miles away in Dover is the Far Out Diner, an extraterrestrial-themed eatery on Oak Street. It had a bright mural on its exterior wall of a giant alien abducting a dog, and its interior was a toy box of pop culture imagery and artifacts, from Star Trek to Betty and Barney Hill. The building had no history, just some restaurateurs with their eyes on the skies. 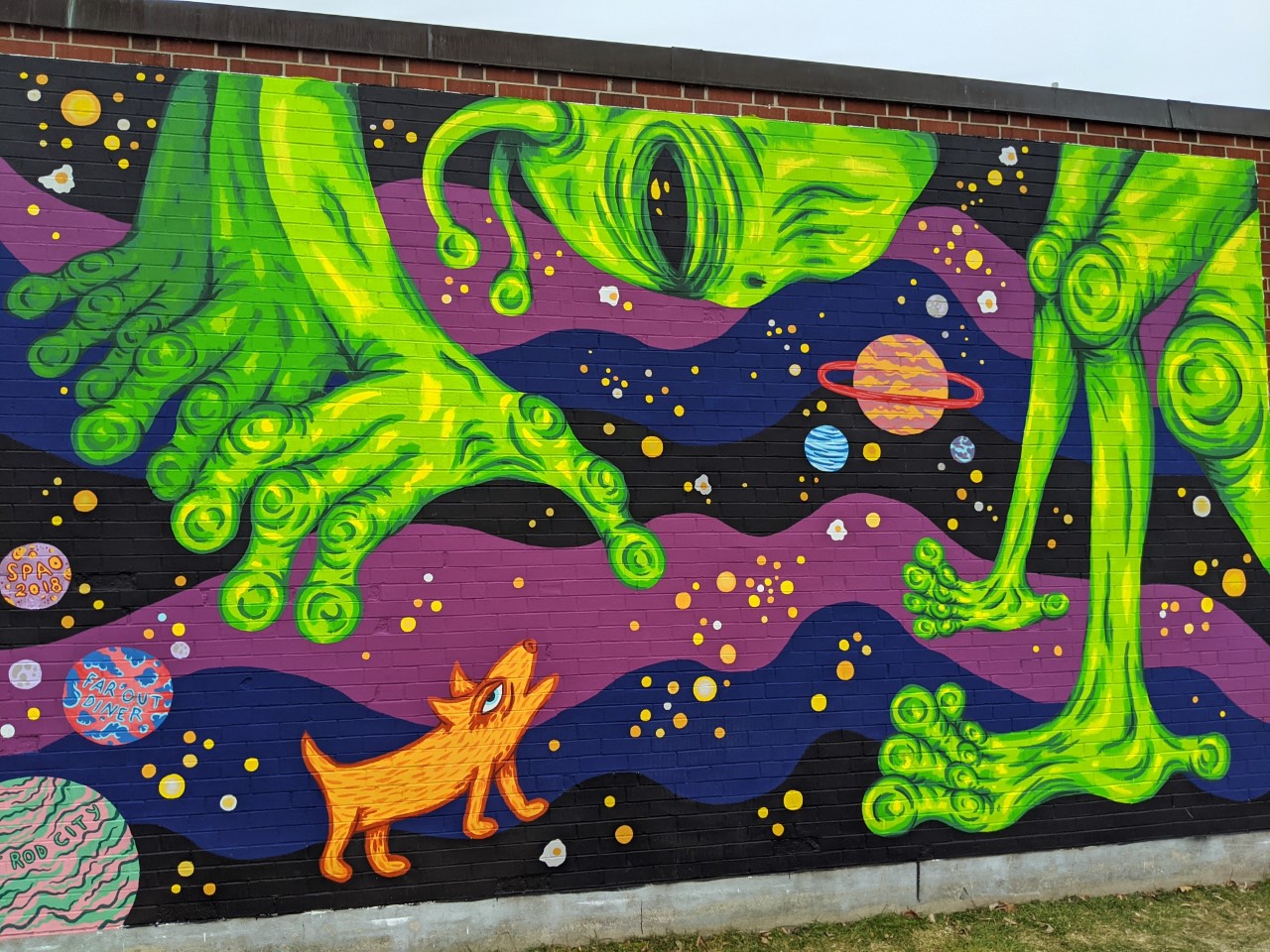 Its demise was causist-related instead of COVID-related. The owners showed their support for the Black Lives Matter movement by placing signs outside the restaurant. The landlord didn’t want his property political, so, after some disputation, the owners took their I Want to Believe posters and their ALF dolls and shut the saucer doors in July.

And, just like that, New Hampshirites were deprived of dining with ghosts and aliens.

Now, sure, the Far Out Diner could reopen somewhere else. We’ll see. But the Country Tavern? Plans were submitted to turn it into a Cumberland Farms convenience store and gas station.