Remembering our smartest and most daring 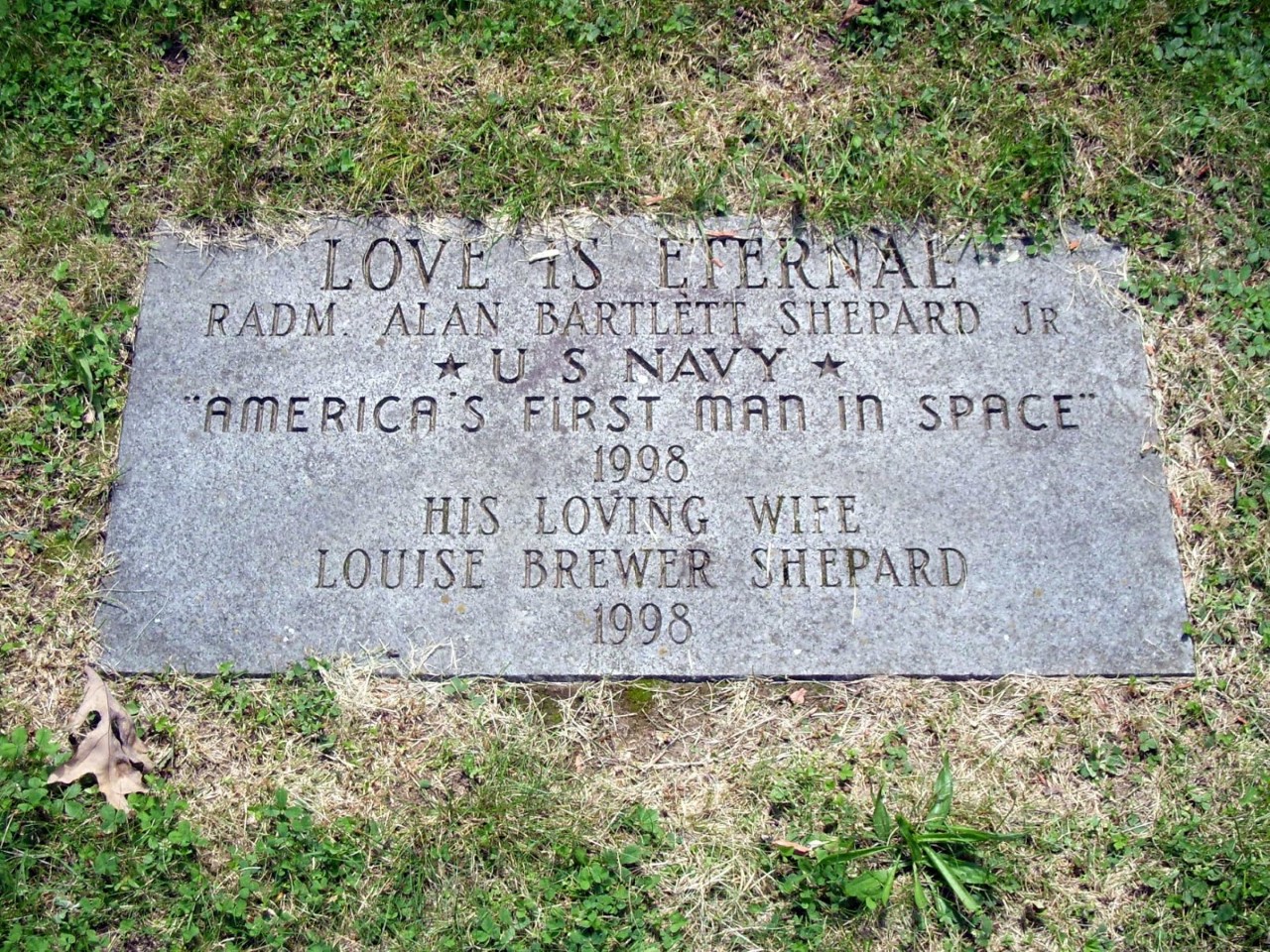 New Hampshire is the home of three NASA astronauts, one of whom — Lee Morin — is still alive. So let’s not bother him. But the other two have left the Earth in both a literal and metaphorical sense. And you can visit their graves in New Hampshire. Well, one of their graves. The other’s a fake.

Alan Shepard was the first American in space. He was born in Derry, went to school there, even had his first flying lesson at the nearby airport.

He didn’t stay in the Granite state, though, opting instead to go abroad — sub-orbital space abroad — missing out on being the first human to travel outside the atmosphere by less than a month to cosmonaut Yuri Gagarin. A decade later he finally got to one-up Yuri when, at the age of 47, he played golf on the moon as commander of the Apollo 14 mission.

Shepard died in 1998 in California, and his ashes were scattered in the ocean, but the Shepard family plot is in Forest Hill Cemetery in Derry. It’s there they put up a gravestone for him — or a cenotaph, which is what it’s called when the headstone has no head beneath the stone. 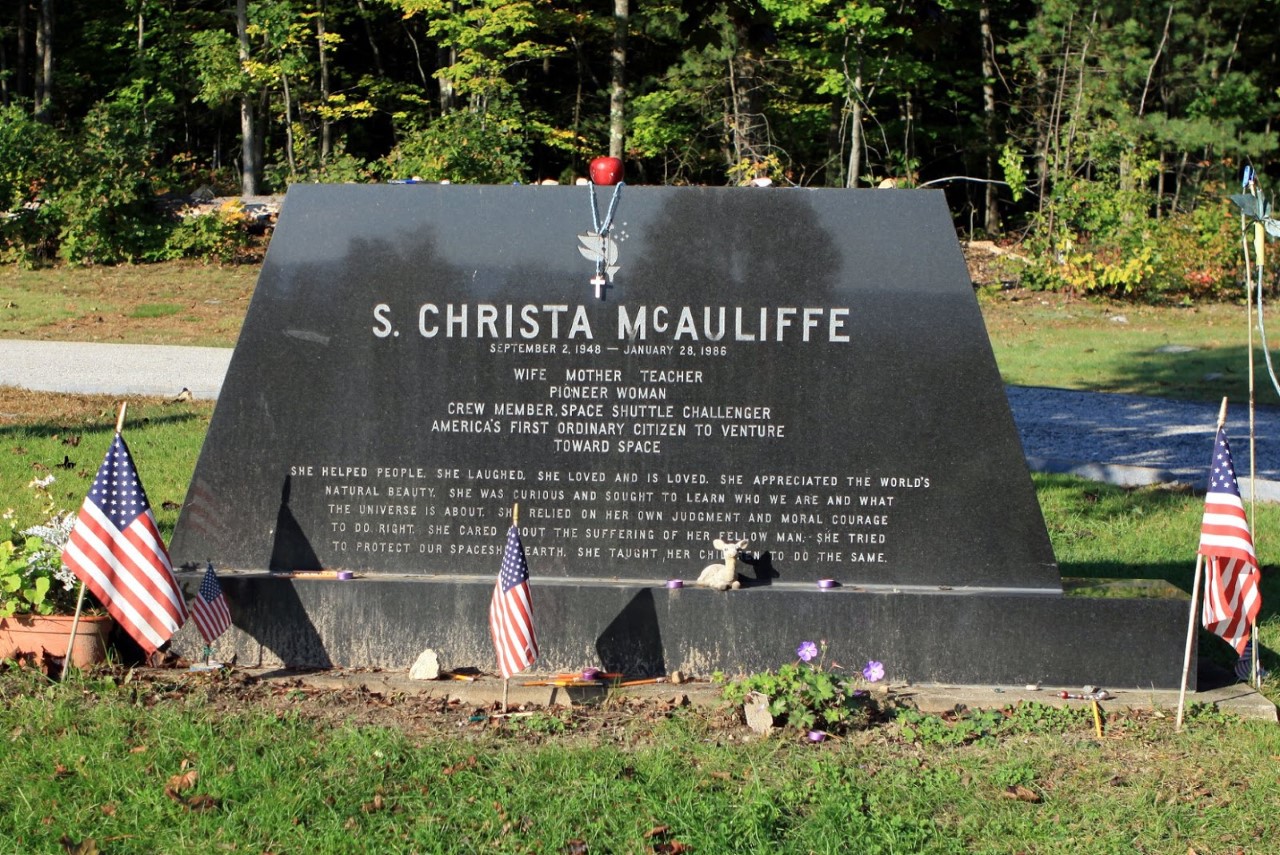 The other astro-grave is in Concord. It marks another famous astronaut, this time for both inspirational and tragic reasons.

Christa McAuliffe wasn’t a pilot or a scientist. She was a high school teacher. And yet, in 1986, she found herself strapped to the top of two 150-foot-tall rockets aimed anywhere but here. She was the first civilian tapped for space (with qualifiers. Neil Armstrong was technically a civilian, but you know what I mean).

In 1984, Ronald Reagan was running the country like a Hollywood movie. In this movie, they wanted to send a teacher into space, mostly for PR. They wanted to demonstrate the safety of the space program, gain more public interest and funding, and highlight education as a priority for the administration. And from 11,000 applicants in total, this history and social studies teacher from Concord was anointed.

Unfortunately, the mission she was chosen for became what history would know as the Challenger Disaster. On January 28, 1986, the Space Shuttle Challenger started shuttling its crew of seven astronauts into the Great Void and then changed course for the Great Beyond. It disintegrated 73 seconds after lift-off due to a faulty piece of rubber. Sometimes movies have unhappy endings.

McAuliffe’s grave is in Blossom Hill Cemetery in Concord. The stone that marks it is space-black and sits under a tree. A nearby planetarium is named in her honor.

I’ll never skip out on visiting an astronaut grave, to stand above some of the smartest, most daring representatives of our species buried in the planet they so bravely exited. Even if it’s a fake grave.