Madear’s is a true neighborhood restaurant 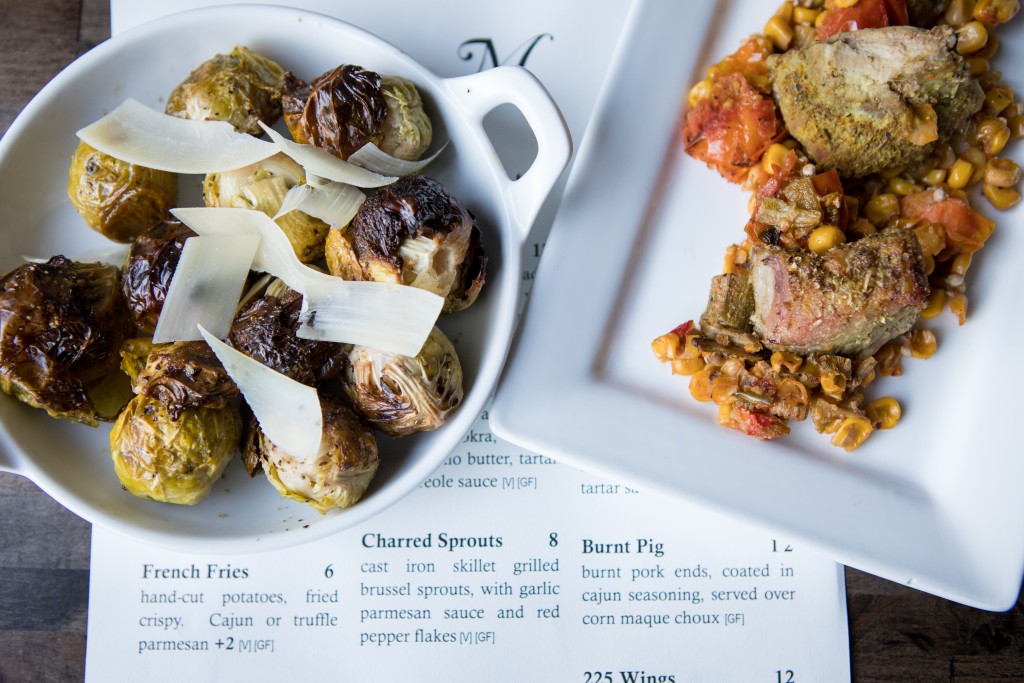 For the sake of transparency, I should preface this article by stating that somewhere in a zip code starting with “9,” there are pictures (and perhaps appropriately fading VHS) of this writer in fishnets and a corset on the stage of the former ABC Theater in Fremont, California, performing Riff Raff in the “Velvet Darkness” cast of the “Rocky Horror Picture Show.” So to say that I appreciate a pair of size 14 purple velvet stiletto hiking boots would be an understatement. These are exactly the shoes that greeted me when I entered Madear’s Southern Eatery & Bakery, recently relocated from Manchester to its new home of Pembroke. These, along with several dozen other pairs of stunning stiletto boots, were on display. Not quite the décor at the place with the talking moose.

I had chatted via text with co-owner Robb “with 2 B’s” Curry “nice like the spice,” he says, over the last few months as he and his business- and life-partner Kyle Davis got this little-piece-of-Dixie grand opening ready. I showed up a few days before the soft opening to deliver beer (a hobby) and do some recon for this article. We chatted for a while, and I left knowing this was going to be a fun place to spend a few hours when it opened.

I booked a two-top for my wife Charlene and myself for the soft opening Wednesday at 6 p.m. Early enough to be a squatter (one who lingers at their restaurant table) without making waves, while also getting a feel for the place as it filled up. Kendal Bush, who took the photos for this article, was already enjoying a post-picture nosh, and we were shown to our seat by the bar. Robb introduced us to the staff, and we took a tour of the funky space. From the hand-carved phalliform bottle openers to the Judy Garland ruby slipper epoxy floor in the privy, this place oozed the kind of character New Hampshire is lacking. Madear’s is a proudly gay-owned and Black-owned business. Robb is Black, and Kyle is white, and these black and white keys make the most beautiful music together. 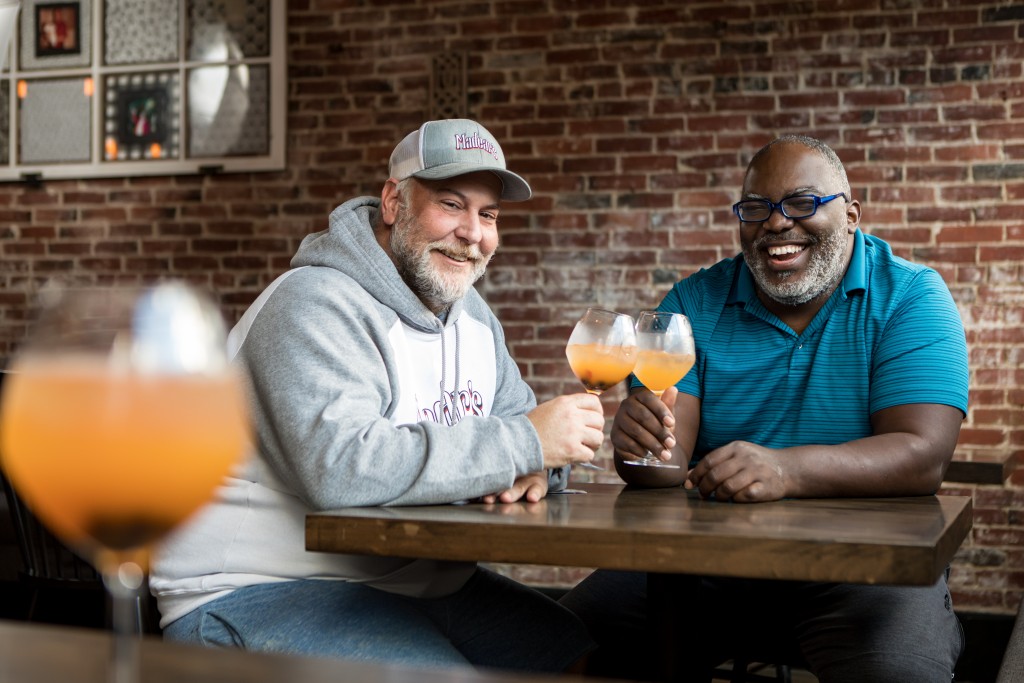 We started with a Covid Rum Punch, heavy with watermelon and mango, and a classic Hurricane. Both arrived in generous portions, and I would have happily ordered another of either, but we had other drink plans in mind. A round of small plates consisted of three dishes — crab balls, catfish and slaw, and burnt pig. The crab balls — think a portmanteau of crab cakes and hush puppies — were just spicy enough to get me in a gentle sweat, which is the desired effect, and the creole sauce was seemingly a celery seed and turmeric aioli, which cut the heat quite nicely. The catfish was corn-crusted, because anything less would be uncivilized, and the breading had a nice gentle heat and savoriness to it, along with the fish being perfectly cooked. The burnt pig might have been the star of the show. It didn’t remind me of burnt ends, as the menu described it. It was much better, more like tenderloin medallions braised and finished in a skillet, served over corn maque choux with peppers and love.

As we finished the first course, Tucker from Concord Craft Brewing stopped over to say hello, and I once again realized how friendly the hospitality world is in New Hampshire. But let’s get back to my drinking, if we may. On the menu was an item worthy of note, and I will share its entire description with you for the sake of journalistic integrity, as follows: “Daiquiri de Gras or Great Punch; Robb’s big cocktail suited for 6 who can swallow; choose your flavor; beads for all.” We were intrigued, and inquired if we might undersize such a beverage for two professional-caliber tasters. We were greeted with a small goldfish bowl-sized cut glass vessel holding a measure of nectar and two straws. As we ordered our crawfish étouffée, the drink reminded me of my only trip to NOLA, and wandering around the neighborhood of my hotel on Chartres Street the year before Katrina, a plastic grenade of fruity hoochie goodness in my hand and a smile on my face.

However, back to the étouffée. This is what they call a “smothered” dish in the South, and a good roux is the key. The other important ingredient is crayfish. Or crawfish. Or mudbugs. These mini-lobsters are the doit simplement avoir to this simple but not easy dish, and there ain’t no fakin’ it. As a kid, we learned about Native American fishing traps and used to catch crawdads at Lake Elizabeth in what we called Hobo Jungle. It usually involved a coffee can, a can of catfood, and a piece of screen, but when we cooked them they never tasted anything like this. Served over rice it was heaven shining down on a little piece of Pembroke.

We finished up with a bourbon bread pudding with warm cream, and just like all the previous dishes, it astounded and brought smiles to our faces. Simple and well-executed, it was worth the wait we were warned about. After we thanked Kyle and his crew, we got our goodbye hug from Robb, walking back to the car my wife and I turned to each other and said, “Y’all come back now!”