Whiskey in the Jar

What and where to sip on St. Patrick's Day in the Granite State

“The light music of whiskey falling into a glass — an agreeable interlude.” – James Joyce 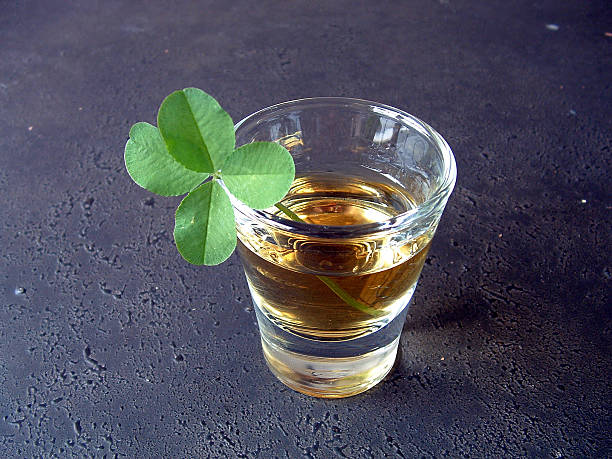 As the song says, “If you’re not Irish, it isn’t your fault.” However, with a little planning and creativity, it’s possible to feel as Celtic as any Makem, O’Donnell or Behan. We’ll start with a wee tipple. But first: What is Irish whiskey, what makes it Irish, and where are the best places to find it in New Hampshire?

Manchester: The Shaskeen Pub and Restaurant

The Emerald Isle is often thought of as the spiritual home of “uisce beatha,” the “water of life.” Less than two decades ago, however, there were just a handful of whiskey distilleries throughout Ireland. A resurgence in popularity has changed all that. Alongside its renowned storytellers, passionate singers, its robust tea and its welcoming hospitality, Irish whiskey has become one of the country’s most notable exports. A report by the Irish Whiskey Association found that the U.S. remains the largest market for Irish whiskey, by far, accounting for 42% of all sales in 2019, and that sales of Irish whiskey could overtake sales of Scotch over the next 10 years — the first time since before Prohibition. 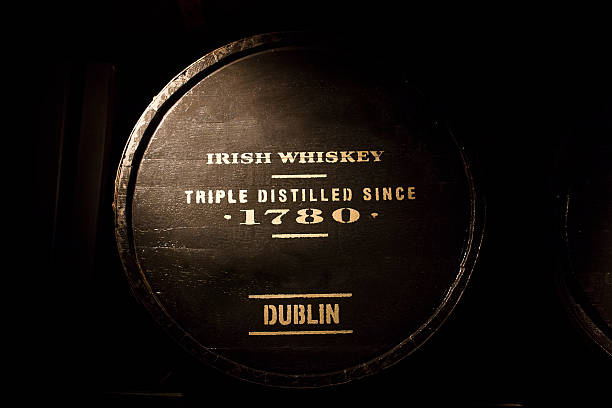 What makes it Irish?

In Canada or Scotland, you order whisky. In the U.S. and Ireland, you’ll ask for whiskey — with an “e.” But there’s a bit more differentiating the styles than an extra vowel. Like its American, Scottish and Canadian cousins, the spirit has a set of standardized requirements. The Irish Whiskey Act of 1980 defines the requirements with detailed definitions codified by the Food Industry Development Division of the Department of Agriculture. To be called Irish whiskey, it must:

Because Irish whiskey is made from kiln-dried barley, which produces tastes that reflect the grain itself, it often imparts a lighter, toasted honey flavor. The triple distillation — common in Irish whiskey — also imparts a smoother character with a slightly higher alcohol content at times. Compared to its Scottish counterpart, the Irish spirit normally lacks the smoky flavors that sometimes define Scotch. Smoke in Scotch whisky can be the result of drying malted barley over a fire fueled by peat or other aromatic substances. It’s no longer a common practice with Irish whiskey, but peated examples, like Connemara Peated Single Malt Irish Whiskey, still exist.

With the number of whiskey producers on the rise in Ireland, there are a number of diverse expressions. 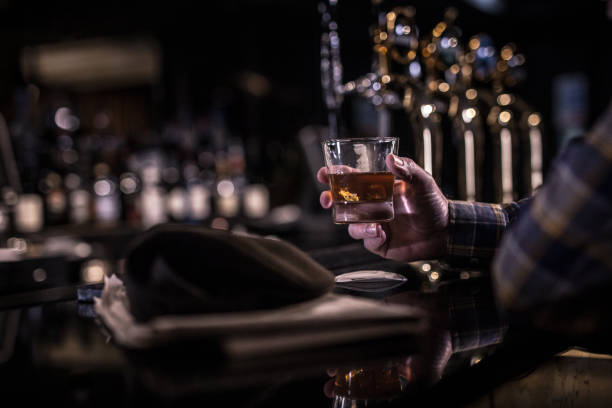 Jameson Irish Whiskey
Made by blending rich pot still whiskey made from both malted and unmalted barley with grain whiskey — both distilled three times, giving it a remarkably smooth flavor. It’s aged in bourbon and fortified wine casks, imparting some of the toasted wood, vanilla and sweet sherry flavors along the way.

Bushmills Irish Whiskey
Triple distilled (as is often the custom) and aged in bourbon barrels, Bushmills is made from a recipe unchanged since 1888. Combining pure single malt whiskey and a lighter grain whiskey, it is rich, smooth and warming.

The Pogues Irish Whiskey
Named for the great Irish folk/punk band led by the iconic Shane MacGowan, The Pogues Irish Whiskey is made from a blend of grain and single malt Irish whiskey. It has an aroma of malt and cracked nuts with a sweet taste and a smooth, intense flavor. The finish is long-lasting and rounded with a delicate balance.

Redbreast Irish Whiskey
Redbreast’s 12-year, a signature bottling, benefits from a strong contribution from distillates which have matured in Oloroso sherry casks, giving it its trademark Christmas cake character. It offers a balance of spicy, creamy, fruity, sherry and toasted notes.

Tullamore DEW
Triple distilled and aged in a combination of ex-bourbon and sherry casks, Tullamore DEW is known for its smooth and gentle complexity. A floral and biscuit flavor reflects the grain whiskey, while the soft spicy notes hint at the pot still whiskey in the blend. It features citrus flavors that are complemented by the malt, and finishes with marzipan and vanilla flavors.

Connemara Peated Single Malt Whiskey
A single-peated malt whiskey, Connemara is a blend of aged whiskies: four-year, six-year and eight-year. Double distilled in copper pot stills, it’s matured in bourbon oak casks. The barley used to make the whiskey is dried over peat fires, giving it a distinct, smoky flavor and aroma. Connemara combines the traditional smoothness and sweetness associated with Irish whiskey with the complexity of peat flavors. The nose is smoky and balanced, and the taste is smooth with a honeyed, sweet start. Enjoy it neat or with a little water to draw out even more aromas and flavors.

Kilbeggan Irish Whiskey
A double-distilled blended whiskey, Kilbeggan manages to be both complex and approachable at the same time. It’s the ideal introduction for those exploring the world of Irish whiskey, since it’s double distillation gives it a robust profile with more character than triple-distilled blends. Aged in 200-year-old granite warehouses in County Westmeath, it offers sweet caramel, vanilla and wood aromas, with soft almond nougat, peach, caramel and vanilla flavors.

Clontarf 1014
Named for the Battle of Clontarf, which turned back Viking invaders advances through Ireland, this is a blended, triple-distilled whiskey sourced from the Midleton Distillery in County Cork. Filtered through oak charcoal and aged four years in bourbon barrels, it is velvety smooth yet complex, offering subtle hints of vanilla and notes of toffee.

Proclamation Blended Irish Whiskey
Triple-distilled and aged in new American oak barrels, this whiskey is then matured in bourbon casks and blended with a touch of sherry finishe dmalt to give it a rounded, toasted finish. Expect ripe pear, apricot and crème brulee on the nose, with flavors of toasted brioche, pastry and macerated fruits on the palate.

It’s all popular enough to inspire poets and musicians through the ages to sing its praises. Slàinte!