Finding Community in the Chaos

As bars and restaurants reopen, people come (safely) together for more than just food and drink 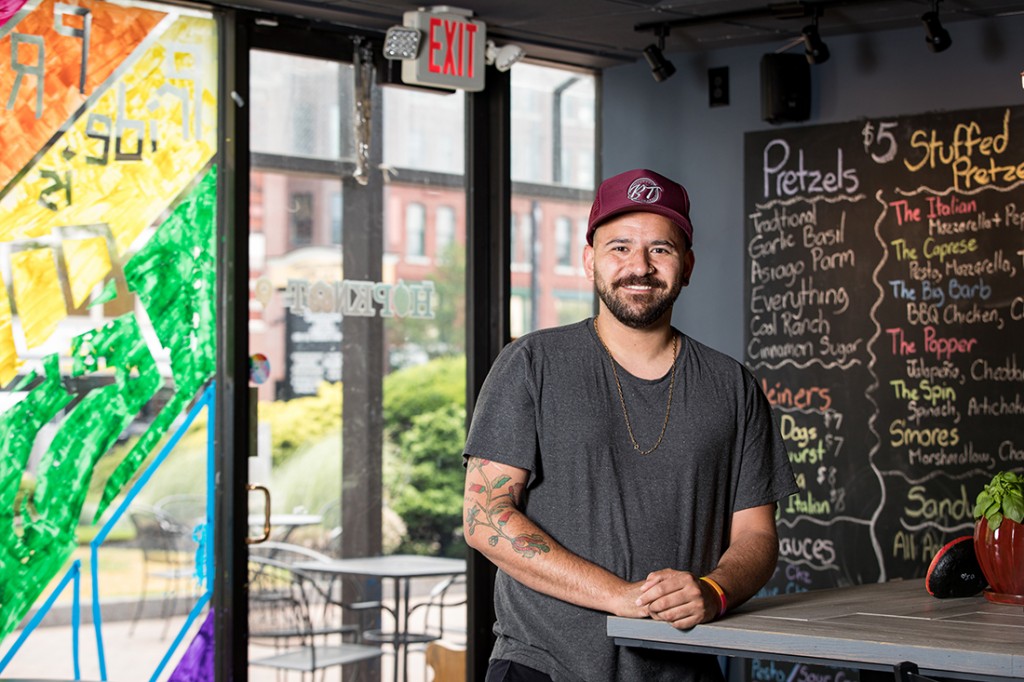 So, restaurants, bars and watering holes are not what they once were, you say? Agreed, nor are any of us. But hospitality folks thrive on the edge of chaos, and they often fear having both feet upon solid ground. More like the Temperance card from the Tarot deck, with one foot on the water and one upon the land. Some of them almost seemed ready for this new world and how it is unfolding. Here is one human’s view of a cross-section of the process.

On the day New Hampshire graciously added parking lots to its sphere of hospitality, my wife and I were ready to hit the pavement. I texted Paul St. Onge, the brewer at Backyard Brewing, and asked if he could score two player seats for 6 p.m. Membership has its privileges, and we arrived right on time. After a wait of a minute or two, we were shown to our seats. Despite being the first day of outside service, we were extremely well taken care of. Drinks (some frufy cocktail for my wife and a Brake Czech pilsner for myself) appeared in a timely fashion, as did my Flintstone-cut prime rib. All of it was on point, and repeatable. We were pleasantly surprised by the arrival of Sharon “Dropkick” Curley, the brewer from Lithermans, and her fiancé Matt, and they joined us for a closing pint. This is the spirit we had lacked in the last few months.

One of my favorite parts of my job as a brewery delivery schlepp is Vendor Managed Inventory, or VMI. VMI is a tightrope of trust between a supplier and a purveyor, and it is my happy place. I walk Main Street in Concord on a 72-degree Monday afternoon and check inventory in coolers at restaurants, speak with bar staff and managers, and replenish coolers at package outlets. In the course of this activity, I decide to take an unusual lunch break (no, really) at The Barley House in Concord. It was the first day indoor seating was allowed in the state, albeit with restrictions, but I wanted to sit outside and watch the world go by. A moment of transparency — I often have the coolest people in the room come to my table as a reviewer, but these folks made me feel like I was on my mom’s couch.

Two managers, the hostess, and the owner, Brian, came over to make sure my experience was exemplary. I had a deliciously malty Tilton Brothers Barley Nitro 20 stout, summer be darned, and it was the perfect complement to my medium rare burger, which was also a fundraiser for the Children’s Hospital at Dartmouth-Hitchcock. This is the Concord I remember. 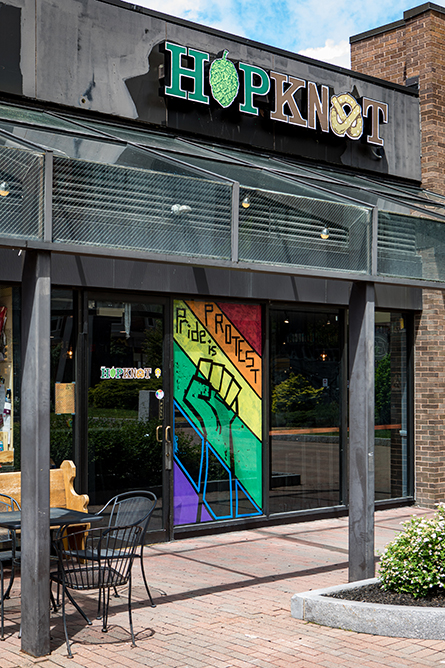 Kenny Frasch is the owner of Hop Knot in Manchester, and has been working with Queen City Pride in an effort to host events that extend beyond their normal scope. As events evolved in America, he realized Juneteenth was “an opportunity to bring the community together in other ways than just Pride,” says Frasch. I arrived a little later than I was hoping (cursed day job), but there were still several hundred people sitting on the grass at the plaza in front of 1000 Elm St. The speakers were done speaking, but a steady 4/4 was coming from the PA, some Tribe Called Quest providing just the right jazzy back beat for a Friday afternoon. All the crayons from the box were working on the coloring book this evening, and it was reaffirming to feel so much goodwill.

I shared some amazing conversations with folks who may not realize the impact the reverberations of those moments have had on me. My wife sipped a blueberry lemonade, which was delicious, and better than the double IPA I reflexively ordered. Despite having a line 50 people deep (truth, it extended well into the plaza inside), Frasch and crew were serving fresh, well-executed cocktails. An elbow-bump and a big smile later, and we were on our way.

We are fortunate to have such community-driven young people becoming business leaders in our midst. “We’re really happy to offer the space, and to give folks a comfortable opportunity to speak their minds,” says Frasch. “As a Black-owned business, it is paramount that we do so, and that we nurture a dialog with the community.”

As I write this on my porch at home in downtown Manchester on a hot late June night, illicit fireworks explode around me, reminding me that exactly 100 years ago I would have been jailed (if I was lucky) for running a beer-making business during Prohibition, and how times have changed. I recently watched “A Beautiful Day in the Neighborhood,” the Mr. Rogers movie, and it made me want to channel his grace and wisdom. Embrace positive change, and drink in peace and conversation, my friends. Cheers!

Michael Hauptly-Pierce is the cofounder of Lithermans Limited Brewery in Concord.

Where To Find the Best Burgers in NH