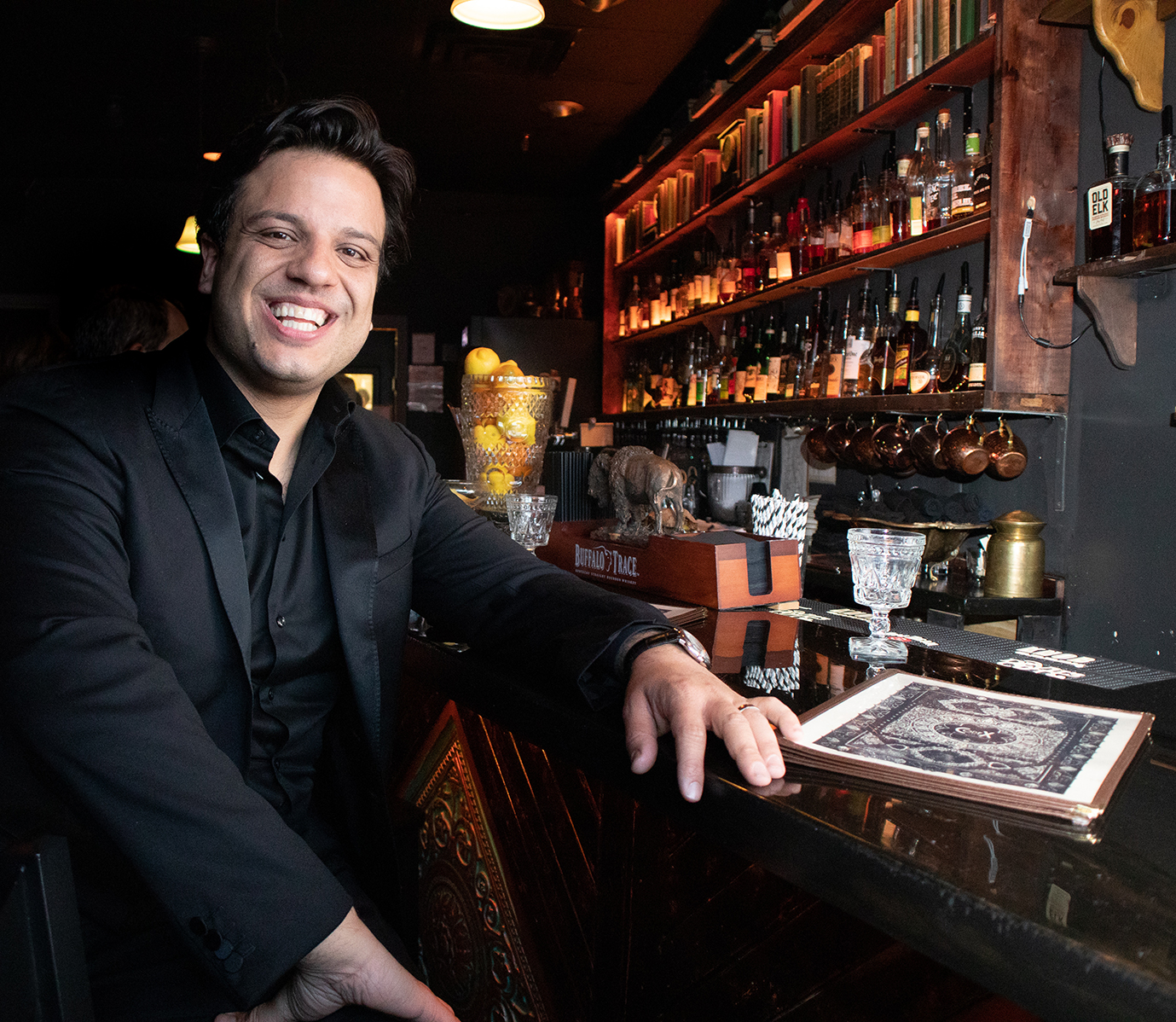 After an extensive 18-month search and concert auditions during the 2018-2019 season, Symphony NH selected Roger Kalia, an engaging talent ready to bring live symphonic music to New Hampshire. At the age of 34, Kalia already has international experience conducting and working with world-class orchestras and soloists. We are lucky to have him here.

As a season subscriber of Symphony NH (and food editor of this magazine), it only seemed natural for me to give him an introduction to a few of my favorite restaurants and shops on Main Street in Nashua. This town is my home base, and after bingeing four seasons of Amazon Prime’s “Mozart in the Jungle” in two weeks, I was more than eager to meet our new “Rodrigo.” (For those who skipped the series, Rodrigo was a young and very enthusiastic conductor with a passion to bring live music to the people where they were, and not just to symphony halls.)

I dressed my best in symphony black and headed to meet the new Maestro at Surf Seafood, our first stop. Kalia, handsome and trim, wore a black jacket, black shirt and pants. Seems a tux and tails are old school.

The day was gorgeous and a bit warm, so we filed inside to beat the Surf crowds for buck-a-shuck Wednesday, the fourth Wednesday of the month. Surprisingly (or maybe not, since I had sent out an email itinerary for the evening), we ran into Bob Oot and his wife Carol Robey, eager to join us. This power couple truly knows how to retire. As former physicians, they are now able to enjoy the arts, Robey as a full-time student of classical painting and Oot in a role as chairman of the board of the symphony and full-time music appreciator.

The 2019-2020 season starts with Kalia conducting Brahms and Tchaikovsky on October 5 in Nashua and October 6 in Concord.
Learn more or purchase tickets at www.symphonynh.com.

Oot, also a fine wine aficionado, ordered a sauvignon blanc and platter of fresh oysters from Maine. Kalia got a taste of Blue Point oysters, with a briny taste he hadn’t experienced. “Much like music, trying something new can be adventurous, and a welcome experience to be repeated often,” he mused. I pointed out a few of my favorite items on the menu, including the fried tomato salad with Parmesan pepper dressing, lobster and brie nachos, the raw bar tower, and the surf and turf.

Knowing there was more food ahead, we enjoyed just a few oysters and encouraged Oot and Robey to join us across the street at MT’s Local Kitchen & Wine Bar. Kalia had to try MT’s grilled pizza, my favorite pie of all time. I explained that the dough and ingredients were cooked on top of the grill, and then just heated in the oven to melt the cheeses. The crust is always thin and crisp, while the ingredients always run right up to the edge. Kalia enjoyed a slice and remarked upon MT’s “fresh and local” food motto, which he hopes to apply to the symphony in a musical sense. The symphony’s “SNH Presents” series is freshening up their offerings with a variety of musical genres and an eclectic array of guest artists. The idea, Kalia told me, is to keep this as local as possible. For instance, Symphony NH will soon premiere a work by Kalia’s good friend, composer Chris Rogerson, titled “Luminosity.”

Heading out to dinner at CodeX B.A.R., I pointed out a few other favorite shops on Main Street, including jajaBelle’s (great Greek pastries, brownies and “pop tarts”), and Scontsas Fine Jewelry & Home Décor, where we met Philip and Amalia Scontsas. It’s a place he should know, since Kalia is recently married, and he might be looking for an anniversary gift. 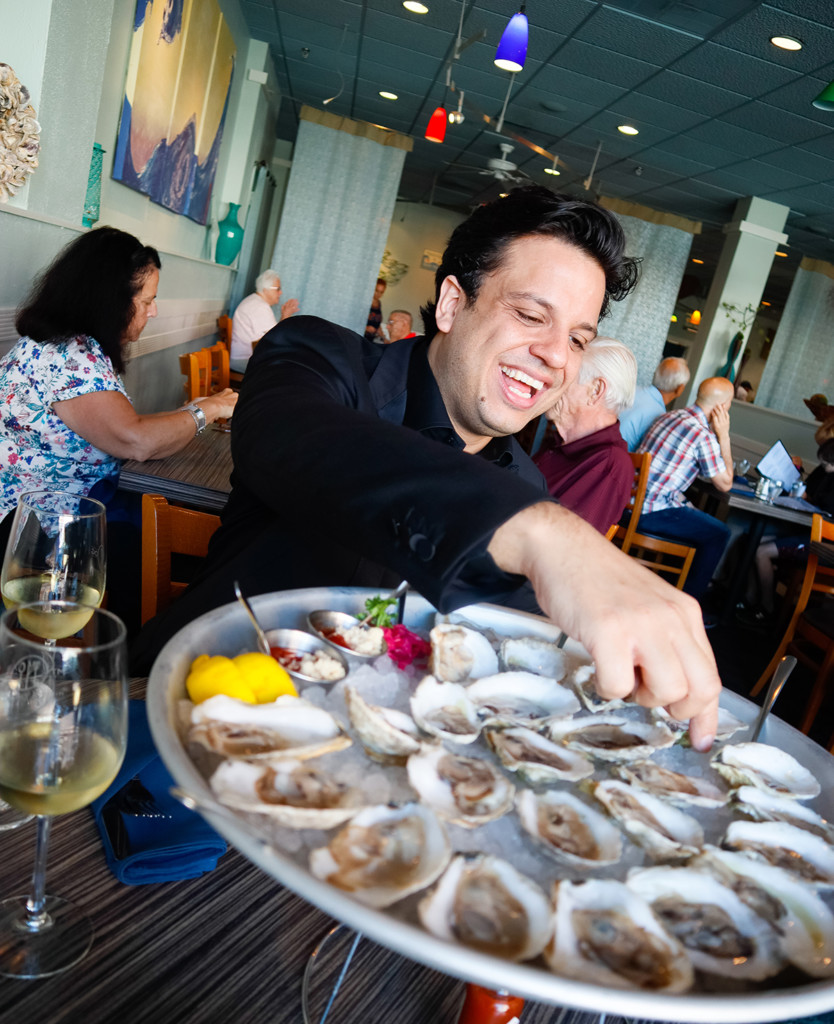 At the mysteriously named CodeX, I showed Kalia the secret book that must be pulled to ring a bell that is answered by a server who welcomes visitors into the past. Sure, it would be easier to just walk in, but what fun would that be? Inside, after our eyes acclimated to the dark, we discovered some of the Friends of Symphony NH had already settled into an old period sofa. The lounge area, with brass floor lamps, mahogany coffee tables and random overstuffed seating, looks a bit like your grandmother’s parlor if you, yourself, are 80. Music of the 1920s fills the air while the Prohibition theme continues with classic cocktails of the era. A player piano sits idle, but on Thursdays someone might be playing ragtime. Drinking in this atmosphere makes one appreciate the past. Kalia says he has been looking through the files of Symphony NH and is enthusiastic about the fact that the organization will be 100 years old in 2023. Plans for a special season are underway, and Kalia says he would “love to commission a New Hampshire composer to write a work for the orchestra in celebration of our 100th anniversary.”

There was much more to explore on Main Street, including two brewpubs, one the old standby, Martha’s Exchange with its Al Capone bar, and the other, Odd Fellows Brewery, which just added their own beers this year. Kalia says he is always on the hunt for venues that are conducive to a small performance group of musicians or a pre-concert talk with beer in hand. We admired how nicely Fratello’s Italian Grille has fit into an old bank building and noticed that the newest restaurant on Main Street, Tostao’s Tapas-Bar, had brought a fresh new Spanish menu.

We wound down the evening at Riverwalk Café and Music Bar in Railroad Square for a fair-trade, freshly roasted coffee and delicious housemade desserts. Kalia choose the New York cheesecake in honor of his birthplace and childhood home of Long Island. He took note of the stage area and loved the bohemian ambiance. The symphony has already used this venue for a string quartet performance, but he was picturing new collaborations. “I am a firm believer that classical music is for everybody, and I am going to go out of my way to make Symphony NH the most inviting, welcoming place for artistic entertainment in the state,” says the Maestro.

Roger Kalia is currently entering his fifth season as the associate conductor of Pacific Symphony in California, and just wrapped up his first season as music director of Orchestra Santa Monica, so he will be bi-coastal this upcoming season, but spending as much time as he can in New Hampshire. He and his wife, Christine, hope to move to the Greater Nashua or Manchester area next summer.

Is this your first time in New Hampshire? No! Surprisingly enough, I took part in a conducting masterclass during my early years as a conductor at Waterville Valley in 2006. I still remember how inspiring it was to make music in such a beautiful and serene place.

How did you decide on a career path in music? Fortunately, our public school system had a strong music program, and I decided to choose the trumpet, thanks to my grandfather, who always had Louie Armstrong records playing in his home. During freshman year, our high school band attended an open rehearsal of Zubin Mehta conducting the New York Philharmonic at Lincoln Center. I had never heard an orchestra, and did not know what to expect. While listening to the intense sounds and tribal-sounding rhythms of Stravinsky’s “The Rite of Spring,” I noticed the conductor. The energy and the way he used his body to influence the sound of the orchestra was truly special. It was one of those major turning points in my early musical development.

What about today’s youth? Symphony NH already has a wonderful variety of music education programs with our musicians going into schools. I look forward to being part of these programs, and inspiring the next generation here in New Hampshire — get them excited about music.

Why conducting? It’s a tough field with conducting positions growing rarer. By nature, I am a very social person who truly enjoys meeting and interacting with as many people as I possibly can. As a trumpet player, you often sit in the back of the orchestra, which can be somewhat of an isolating experience.  Furthermore, I would often get nervous during solos, and my lip would quiver slightly. Conducting came quite naturally to me, and the direct connection and interaction with the musicians was appealing.

What is the conductor’s role, I mean, couldn’t the musicians just watch a metronome? I think of conducting as using gesture to turn ideas into music. Without a conductor, the musicians may be able to play together, but each musician would have a different interpretive idea of how the piece should go. It’s the conductor’s responsibility to bring everyone together to one sound and one idea.

What do you do when it’s not “The Season”? My wife Christine and I also love to travel, and last summer we had the opportunity to visit Spain, Poland and Italy. We are dog lovers, and we have a wonderful little dog, Burney (named after music historian Charles Burney). When we get the chance, we love hiking and exploring new places together, and this past summer we hiked a few of the Adirondack peaks in Lake George.  I am also an avid college basketball fan, and I adore the Indiana University Hoosiers.

A glimpse into the culinary journey 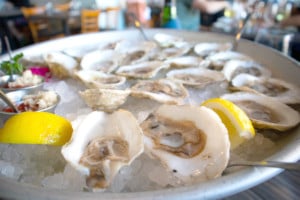 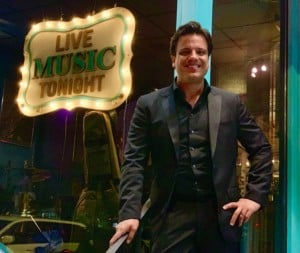 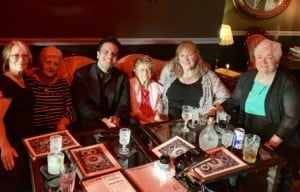 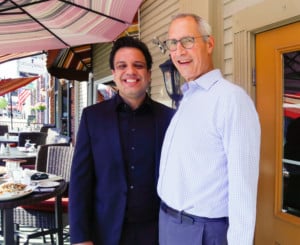 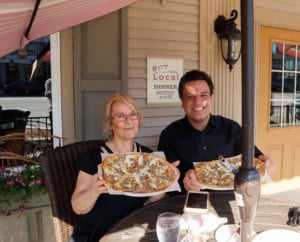 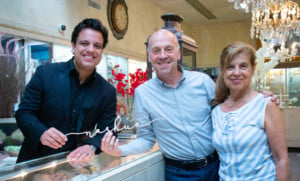 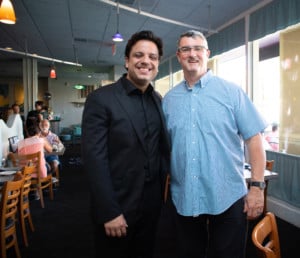