Chevy Chase on a Covered Bridge 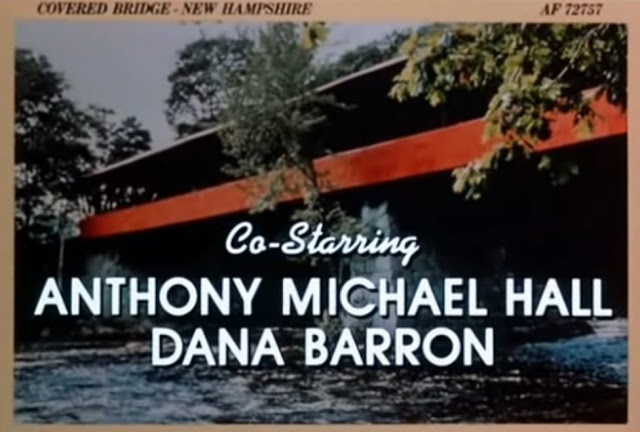 New Hampshire has 54 historic covered bridges, and they’re all worth squeezing into a camera lens on any given autumn day. However, only one of them has a connection to Chevy Chase. I think.

Now, I don’t want to get your hopes up too far on this one. Just far up enough to keep reading. See, off the top of my Google, no Chevy Chase movie was ever filmed in New Hampshire, and I’m slightly more confident that no Chevy Chase movie was ever filmed at a New Hampshire covered bridge (although “Funny Farm” has a covered bridge scene that was filmed not too far away from the border in Weathersfield, Vermont). Check the comments, though, because if I’m wrong, that’s where we’ll find out.

Not all 50 states made their way into that montage, but New Hampshire did, with a shot of one of our covered bridges. Which one, though, isn’t immediately evident. The only text that appears on the postcard is “COVERED BRIDGE – NEW HAMPSHIRE” and “AF 72757.”

One lonely night, I tried to figure out which one it was. After scouring the internet for vintage and current images of our 54 historic covered bridges and discussing it with an OTIS reader (Hey, Leighton!), we arrived at the conclusion that it seems to be the Saco River Bridge in Conway.

The bridge has changed over the decades, sure, but the general shape and those pylons seem to match up. 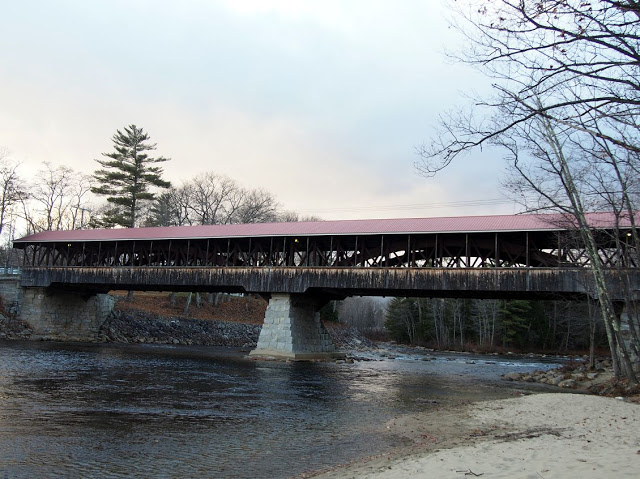 The Saco River Bridge was built in 1890, and, well, there’s not much of a story to it other than that. It’s done its job since, spanning and covering. However, the story goes that a previous covered bridge that spanned the spot was destroyed when another covered bridge left its moorings, floated down the river and crashed into it, yielding what has to be the only ever covered bridge collision.

Complicating the matter is that I don’t even know if it’s a real postcard or if it’s even of a New Hampshire covered bridge. The montage was a combination of actual postcards and photographs from pioneering road trip photographer John Margolies that were mocked up as postcards. So who knows?