A Must-Visit Spot for Coffee Lovers 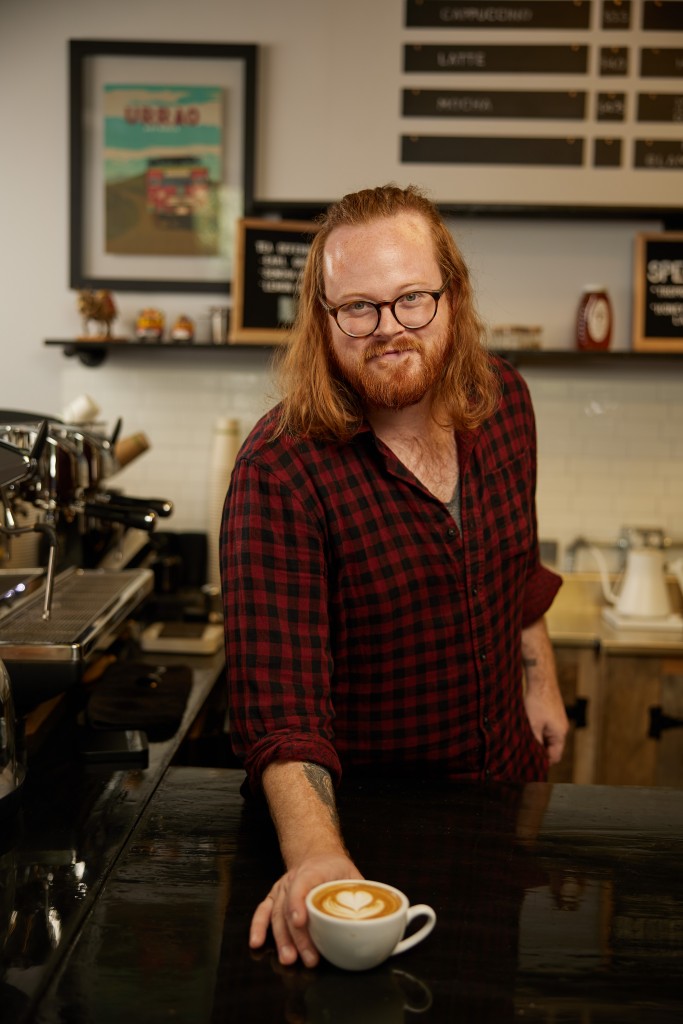 Barista Stuart Young sold Pruna his first espresso machine, then went to work for him. Photo by Jared Charney

Coffee gets us going. Our national dependence upon this dark brew is famous and celebrated in song and film (and meme, like the poster with a holographic Princess Leia, cup in hand, declaring, “Help me, caffeine — you’re my only hope!”).

But the stimulating qualities of the coffee bean are not what gets Max Pruna’s brain cells firing. It’s coffee’s softer side that is the inspiration and foundation for his La Mulita Coffee Bar and Roastery on Sagamore Road in Rye.

“The uniqueness of coffee is that it’s a commodity that brings community,” says Pruna. He says nothing sets the stage for a conversation with a spouse, a friend or even a stranger than sitting down with a cup of aromatic, freshly brewed coffee. “It’s a product that not only tastes great but offers a chance to connect with other people.”

For Pruna, the love of coffee began early. Born in the city of Medellin, Colombia, his mother served him cups of “cafecito” (coffee mixed with lots of milk and sugar) when he was just 6. As a result, his first associations with the drink are warm feelings of family and love — feelings that still motivate him as he operates his roastery and coffee shop in the refurbished husk of an old flooring company warehouse on the Seacoast.

The location worked because the commercial zoning allowed him to expand his roasting and shipping, but the space wasn’t ideal for the kind of welcoming place he had in mind. “It was the ugly part of the business,” he recalls, “not the showroom. But I had a vision for how we could make it beautiful.” Now the wooden pallets and burlap cloth bags that transport the coffee provide shelving and décor for the space.

Coffee wasn’t in the original plan for Pruna. He attended college for business administration while still living in Colombia, married his high school sweetheart Andrea, and then finished grad school at Southern New Hampshire University with a degree in international business. That launched him into the corporate world where he worked as a research analyst for 12 years, but he felt unfulfilled.

One thing that helped span the distance between the mountains of Colombia and the rocky New Hampshire seacoast was an invitation to hear a presentation by George Howell, the Bostonian who brought high-quality specialty coffee to the Boston area in the early 1970s. Howell had built a 12-store empire called the Coffee Connection and created a demand for coffee that hadn’t been bulk roasted at high temperatures for consistency. He nursed out the subtler flavors hidden in the beans with new roasting techniques and protected those flavors by upgrading the shipping processes. Howell recommended air-tight shipping for coffee beans rather than open jute bags, and he promoted the concept of single-source coffee to put the emphasis on the smaller coffee farms where he could build a relationship with the growers.

This rang a bell for Pruna. He had left family and friends in Colombia when he moved away at 27, but he knew the coffee mountains of Colombia and could reach contacts there. With his business-minded wife as his partner (and teen sons Lucas and Emilio helping out in the summer months), he set out on the hard road to entrepreneurship.

Knowing that the brewing of an exceptional cup of coffee starts at the farm was the key for him. And the coffee groves of his home country that produce some of the most delicious roasts are so mountainous that the coffee cherries that contain the beans must be individually picked by hand. This keeps the scale small for individual growers and discourages the intrusions of agribusiness interests, but requires more from the buyer’s end, for instance, in determining the quality of a coffee harvest that can range in grade from zero to 100.

“Starbucks and Dunkin’ can claim to sell specialty-grade coffee,” says Pruna, “because they do buy coffees that are rated at 80 points and above, but ours is never less than 84 points. They can’t buy enough at that higher grade, but, in my world with much less demand, we can we can buy from little farmers with higher quality and provide it to our customers.”

This advantage comes with challenges, though, since the smaller farms usually aren’t licensed as exporters, so Pruna has a group of small exporters in Colombia who provide the “cupping” to determine quality. “Or they can send me a small sample of the coffee they have harvested for the season. We roast and cup it and grade the level and flavor of the coffee here in the store.” 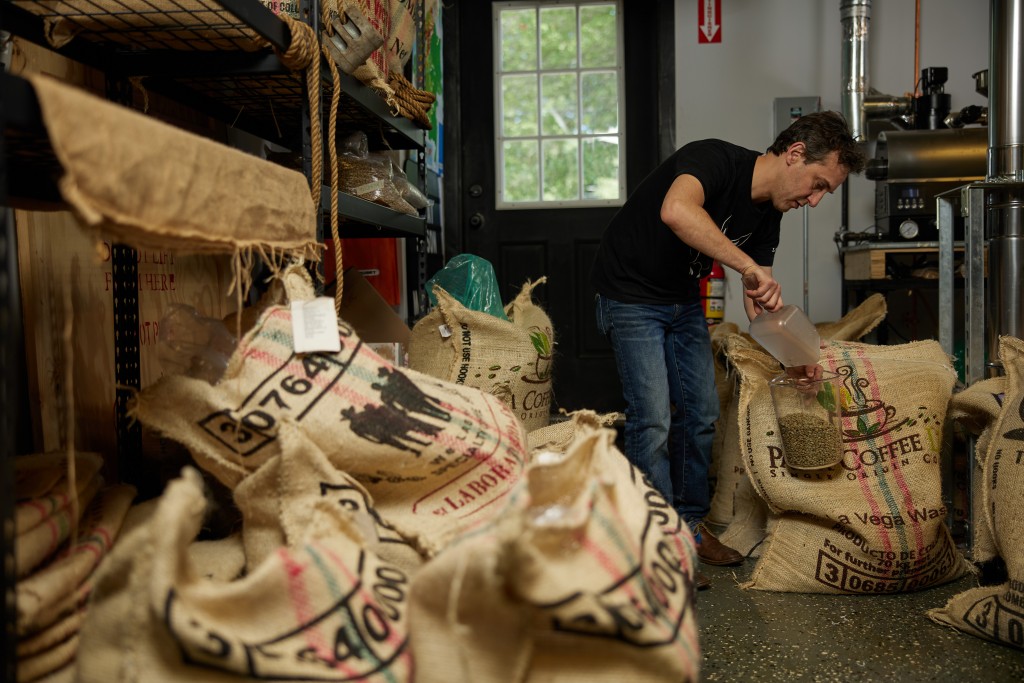 Pruna observes the roasting process at La Mulita to ensure the beans get the attention they deserve. Photo by Jared Charney

Renovations started on the store at the start of 2019 and they opened just before the world went into a Coronavirus cycle, but they’ve done well in spite of the past year. And they have big plans for the future, says Pruna, expanding on their present site and continuing to support small farmers, but he hopes to offer more support to women who work on and operate coffee farms and to push for more organic and sustainable farming. It’s his way of honoring both where he came from and where he has settled with an enterprise that’s all about community building and exploring the countless flavor expressions that come from the finest coffees in the world.

But business, as they say, is business, so he knows he has to remain wary of challenges and on top of new trends. That’s where the business name comes into play.

“La Mulita means little mule,” he says. And while the association of the mule with coffee goes back to the famous Juan Valdez television ads promoting Colombian coffee in the 1970s, there’s a deeper meaning for him.

“People wonder, why a mule? Why not a stronger horse?” says Pruna. To explain, he describes a mule and a horse working on a cliff when something startles them. “The horse reacts and will bolt,” he says — a disastrous move on a mountainside. “The mule will think before reacting. The mule is both hardworking and intelligent.”

He adds that since mules do not reproduce, and each must be born with a horse and a donkey as parents, each is really one of a kind. That mix of hard work, thoughtful decision-making and singularity is what Pruna and his staff are relying on as La Mulita climbs the rocky path to success.

“At our store, we say the mule gave up on Juan Valdez and is now working for us,” says Pruna with a laugh.