Milkshake versus frappe is an important distinction 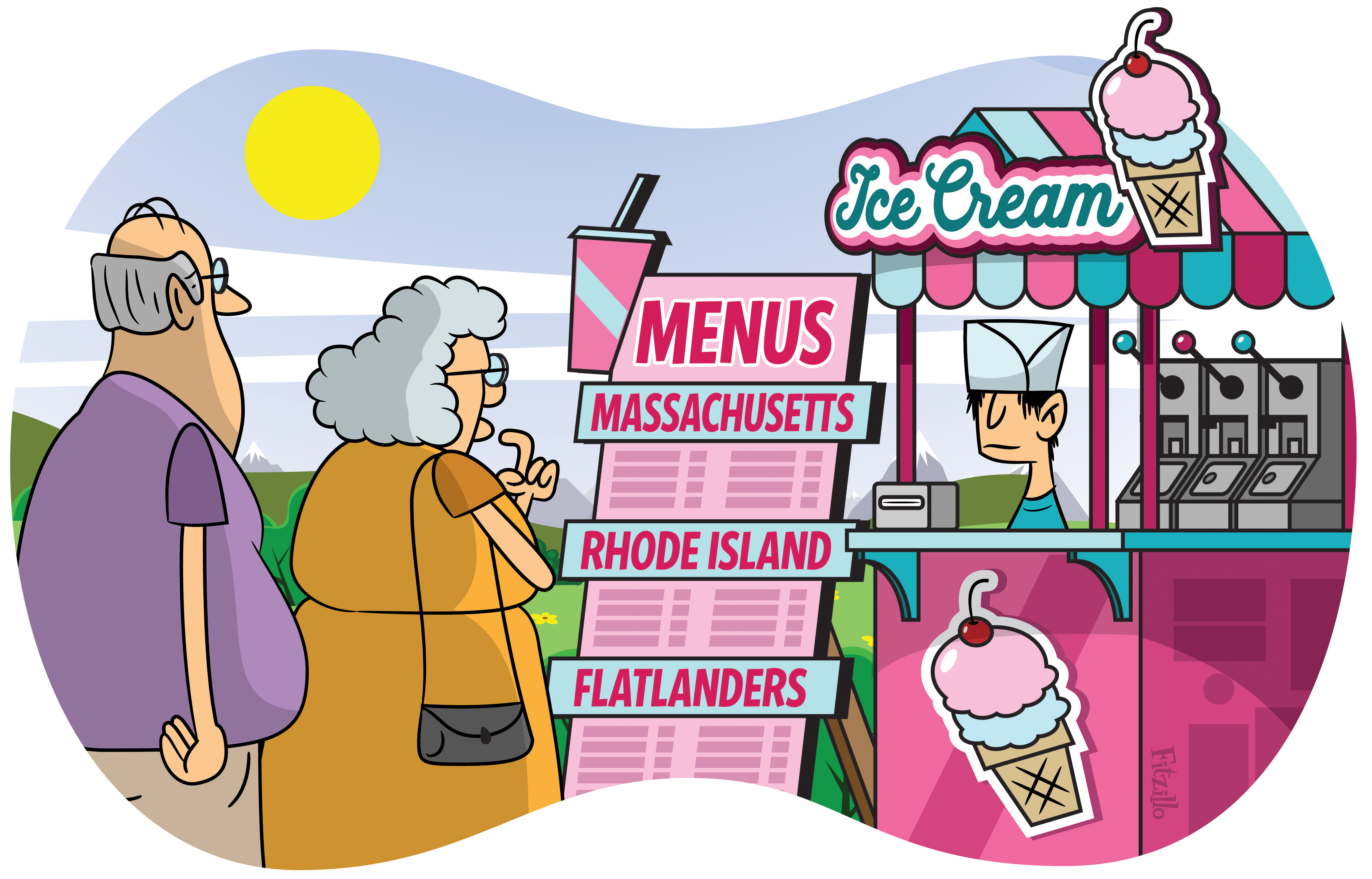 The other day, I happened to meet a woman who recently moved to New Hampshire from Michigan. I asked her if she was enjoying our fair state so far.

“I’m loving it,” she said. “But some of your expressions confuse me.”

Actually, that didn’t surprise me. I mean, a lot of our lingo confuses out-of-staters. But out of curiosity, I felt compelled to ask her which expressions in particular she was talking about.

“Well, for one,” she said, “I went to a diner the other day and ordered a chocolate shake. They brought me a glass of foamy chocolate milk with no ice cream in it! When I complained, I was informed that I should have ordered a frappe [which she pronounced “frap-pay”] because, according to the server, that’s the one that has ice cream in it.”

“That’s true,” I said. “A frappe [which I pronounced “frap”] is the thick one. A chocolate shake basically is only chocolate syrup and milk.”

I shook my head. “No, chocolate milk is stirred, not shaken.”

The look she gave me clearly told me she thought I was pulling her leg (my veiled reference to a James Bond quote probably didn’t help much).

Our conversation made me think back to the first time my dad and I stopped at McDonald’s, not long after it opened in Manchester.

First of all, I should explain that my dad was a connoisseur of all milk-based drinks. He even gifted himself with one of those big green Hamilton Beach drink mixers, the kind with a huge stainless steel cup on it. Just about every night after dinner he would toss fresh strawberries, ice cream and whole milk into that cup and whip up a strawberry frappe.

But his beverage of choice when dining out always was a milkshake, mainly because it was a thinner consistency and quenched his thirst.

So when he ordered a strawberry shake and a burger at McDonald’s, he fully expected the shake to be … well, liquid.

I’ll never forget when he shoved the straw through the hole in the plastic lid of the cup and then took a sip of the shake. He sucked so hard, his cheeks caved in and his eyes bulged, yet nothing moved up the straw.

“What the …?” he muttered, opening the lid and peering into the cup. A scowl crossed his face. “This isn’t a milkshake! It’s a cup of soft-serve ice cream! How do they expect me to get ice cream up through a straw?”

Irritated, he brought the shake up to the counter and complained. The employee explained it was a thick shake.

“Thick isn’t the word for it!” my father shot back. “I could putty my walls with this stuff! Forget the straw — you should be serving it with a trowel!”

The employee explained that it was considered more of a dessert than a beverage.

“Well, then, give me a thin shake!” my father said. “I need something to help wash down my food, not bury it.”

The guy suggested a cola.

On Wikipedia, part of the description of a milkshake includes: “Currently, in New England, and especially the greater Boston area, the ice-cream and milk dessert known as a ‘milkshake’ in other parts of the country is referred to as a ‘frappe’ in these locales. ‘Milkshake’ refers to a lighter drink, usually made of shaken or blended milk with a flavoring of some sort.”

It also says that in Rhode Island, a milkshake is called a “cabinet.”

And people think our lingo is confusing?