Even here in the best state in the country (our opinion, but heartfelt) cities rise and fall over time. But some places don’t take the changes lying down and choose to take charge of their futures. Like Claremont (one of a five-part series).

But, like the green plant that grows in the crevice of a rock, cities and towns, one by one, gained new life. It wasn’t easy; it took considerable resources, determined leadership and a ton of community spirit. In this special series, we profile three cities and two towns that are among the most successful: Claremont (read below), Littleton, Rochester, Milford and Laconia. 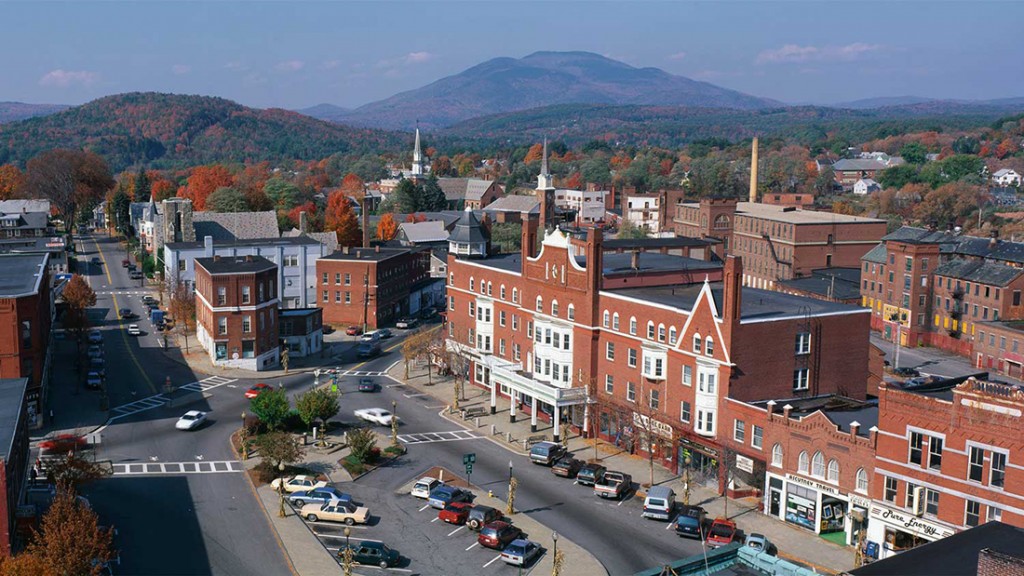 It was just before the Revolutionary War that Col. Benjamin Tyler built the first mill on the Sugar River in the Colonial settlement of Claremont. Many more mills would be built along the river and Claremont became a prosperous city. In 1897, the Opera House, its crown jewel to this day, was built.

A century later, Claremont was in dire straits, having followed the same trajectory as other aging cities, succumbing to the weight of economic dislocations. The long-abandoned mills along the river were slated to be torn down. The city was nearly bankrupt. Three city managers had come and gone in the space of a year.

“It was a desperate time,” says Guy Santagate, who became last in the string of city managers in 2001. He had come at the behest of a citizens’ committee that knew the city was in trouble and hoped his considerable experience could produce a turnaround.

Santagate started with what he felt could be the key to revitalization — the mills along the river, the ones the city was planning to tear down. After he convinced the city to wait, Santagate lured prospective developers to Claremont to take a look. “I knew it could be a beautiful property,” he says.

He also knew it would take someone with extraordinary vision to see the possibilities after walking past signs that warned the buildings were too dangerous to enter. Long story short, Alex Ray of The Common Man fame and partner Rusty McLear built a restaurant and hotel there, a real draw for the city especially with the interstate nearby. There were other takers too, including the high-tech Red River company.

The revitalization of the mills — helped along financially by city, state and federal programs — provided the spark for the downtown to come alive.

One of the many businesses that would open its doors was Claremont Spice & Dry Goods. Ten years ago, Chiara Tosi-Nelson and her husband Benjamin bought the business and last year created a sister store, The Kitchen Drawer.

Benjamin had grown up in Claremont; his family had lived there for generations. Returning to Claremont, seeing it as a thriving city, made them happy to be part of it. Chiara says, “This is a place you want to come back to.”