Even here in the best state in the country (our opinion, but heartfelt) cities rise and fall over time. But some places don’t take the changes lying down and choose to take charge of their futures. Like Laconia (one of a five-part series).

But, like the green plant that grows in the crevice of a rock, cities and towns, one by one, gained new life. It wasn’t easy; it took considerable resources, determined leadership and a ton of community spirit. In this special series, we profile three cities and two towns that are among the most successful: Laconia (read below), Littleton, Rochester, Milford and Claremont. 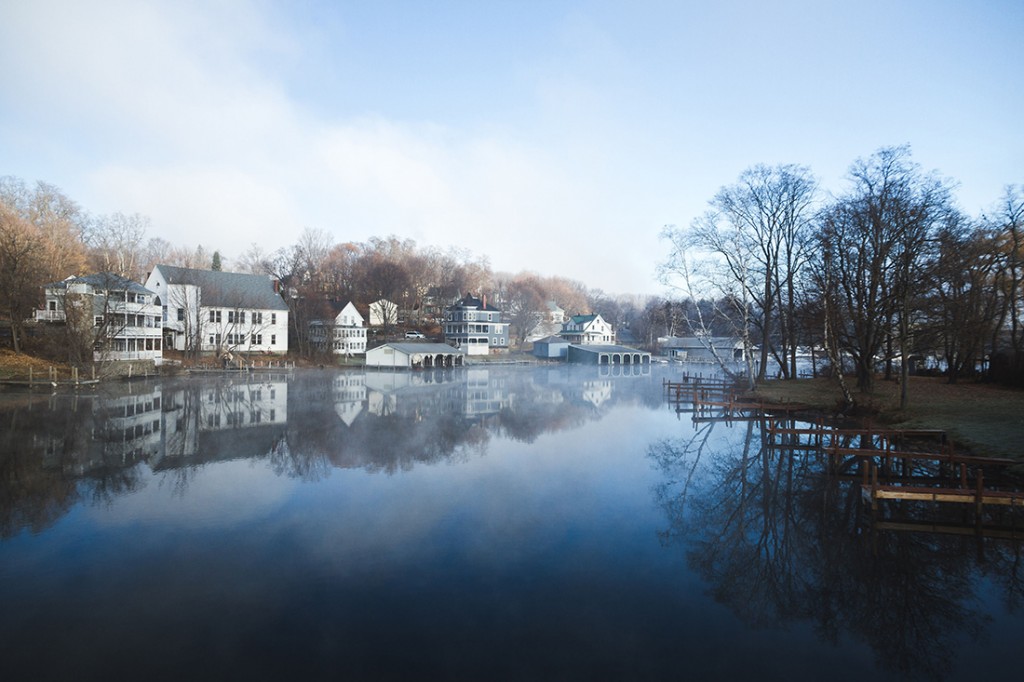 Motorcycle Week and the busy beach tend to come to mind when Laconia is mentioned, but it has a peaceful side too. Photo by Rob Clifford

As other New Hampshire cities and towns started to rebound in recent years, Laconia lagged behind. It was, in large measure, because of actions taken a half-century ago that, while well intentioned, hampered the city’s recovery.

One of those was a major urban renewal project in the 1970s that, among other things, created a difficult traffic pattern that discouraged downtown development. Another was a decision not to pursue a direct link to I-93.

For years, there were empty storefronts and little nightlife. Young people, vital to any city, left in droves. The median age shot up 20% between 2000 and 2016.

But, in 2017, an ambitious new master plan was formulated, one that would set the city on an upward trajectory for residential and commercial development. As a city official put it at the time, it would be a plan with “well-worn pages,” not one “that sits on the shelf and gathers dust.” And so it was.

The city’s efforts were amplified by citizen initiatives like Celebrate Laconia. It was set up in 2018 to plan events to celebrate the city 125th anniversary, but its work soon went far beyond that. Jared Guilmett, one of the organizers, says the group’s mission was to be “a strong leader in increasing the vibrancy of the city.”

To help advance the mission, Laconia Talks was created. It’s a series of community conversations where residents gather to to talk about the city’s critical issues, among them how to bring young professionals to the city. Guilmett is hopeful that will happen: “Laconia is an attractive community and a lot of pieces are starting to fall into place. We want to find a way to lock them in.”

One of those pieces is the cultural activity that will be provided, starting late this year, by the Colonial Theatre. The century-old Main Street performance venue, long closed, is now being restored to its former elegance; it’s one of the largest historic preservation projects in state history.

“It is a strategic investment in the community to continue to build opportunity in Laconia,” says Justin Slattery, executive director of Belknap Economic Development Council, which spearheaded the multimillion-dollar financing of the project. “It’s really an anchor to the downtown.”

There are other draws as well. For nearly a century, Motorcycle Week has brought bikers from across the country to Weirs Beach, itself recently undergoing significant sprucing up. And now thousands more come to the New Hampshire Pumpkin Festival, which was moved to Laconia from Keene a few years ago.

“We’re seeing a lot of can-do attitude in the city,” says Slattery.

Guilmett agrees: “Laconia is an energized community, ready to break through and really become a strong force in the Lakes Region.”