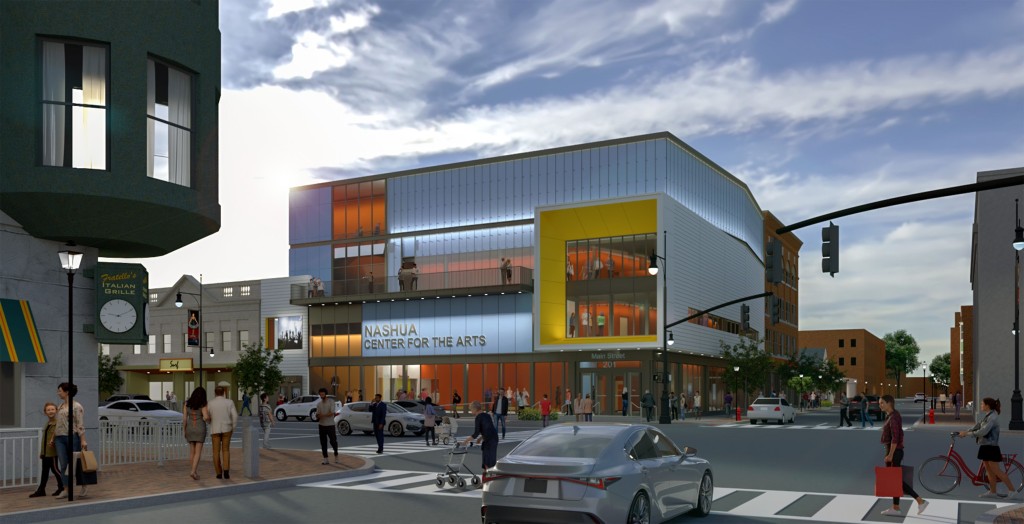 Scheduled to open in the fall of 2022, the Nashua Center for the Arts is presently under construction. Its modern design and amenities meet the needs for an intimate audience experience. This 750-seat venue is located in the heart of downtown Nashua, right on Main Street. Artist rendering courtesy Spectacle Live

South of Manchester, the Gate City of Nashua has grown by leaps and bounds in the past four decades, evidenced by the construction of two new high schools (Nashua North and the Academy for Science and Design) and a rejuvenated downtown.

“I’ve always liked Nashua,” says Jennifer Woodhead, who recently moved from Pelham to the Gate City with her husband, Jamie, and their three children, Tommy, Lauren and Kristen. “When we learned about Academy for Science and Design, and given Tommy’s interest in engineering, the option of living in Nashua opened up to us,” she says. 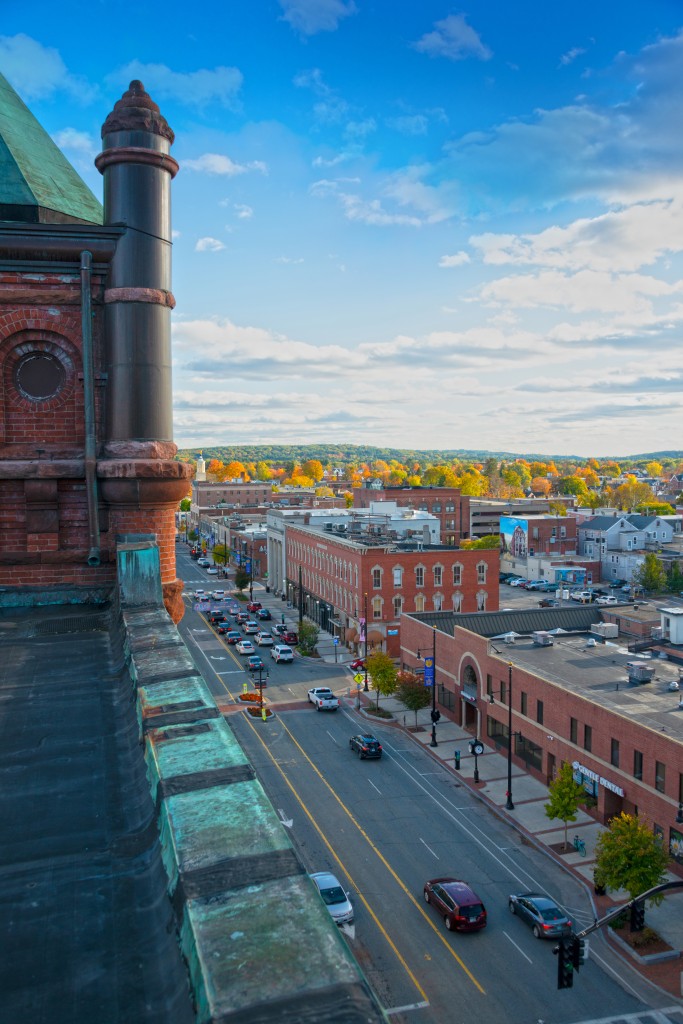 “The academy has been rated the No. 1 high school in New Hampshire for many years and was the No. 1 middle school this year, as well,” she adds. “It’s a National Blue Ribbon school. I think it’s a hidden gem.”

But the appeal of Nashua extended far beyond the schools for this young family.

“I liked the thought of living in Nashua because our lives would be contained in one community,” says Woodhead. “In Pelham, our lives were scattered — friends all over, shopping in Salem, going out in Lowell. I wanted our family to feel more a part of the community where we live.”

There are other perks too, she says. “The restaurant scene is great, with all types and ethnicities. Martha’s Exchange is probably the most well known, a popular restaurant that is also a brewery. Surf and Michael Timothy’s are the popular upscale choices. And there are two great Irish pubs — Casey McGee’s and The Peddler’s Daughter.”

This year, the list of attractions will introduce a new headliner, as the city plans to unveil the Nashua Center for the Arts, a 750-seat theater built right on Main Street. It’s the culmination of a collaboration of the city’s nonprofit arts organizations, coupled with encouragement from the Nashua Arts Commission, to “make the arts more accessible to all,” says Judy Carlson, a retired high-tech advertising executive and active arts advocate for the past decade, serving on the Nashua Arts Commission and as secretary of Nashua Community Arts.

“Nashua already is New Hampshire’s most creative community but needs to be known as a destination for the arts,” says Carlson. “It has more public art than any other city in New Hampshire, with murals and over 30 sculptures gifted by the artists of the Nashua International Sculpture Symposium.”

Nashua is also home to Symphony NH, celebrating its 100th anniversary next year, the Peacock Players, the state’s premier youth theater company, the annual Greeley Park Arts Show and ArtWalk, which is southern New Hampshire’s largest arts festival. That thriving arts scene is the result, in part, of a consistent, nonpartisan effort over the terms of Mayor Donnalee Lozeau and Mayor Jim Donchess, along with Nashua’s Board of Alderman, to prioritize the new Nashua Center for the Arts “and making repairs and upgrades to 14 Court Street that hosts community theater, arts organizations and new artist studios,” says Carlson. 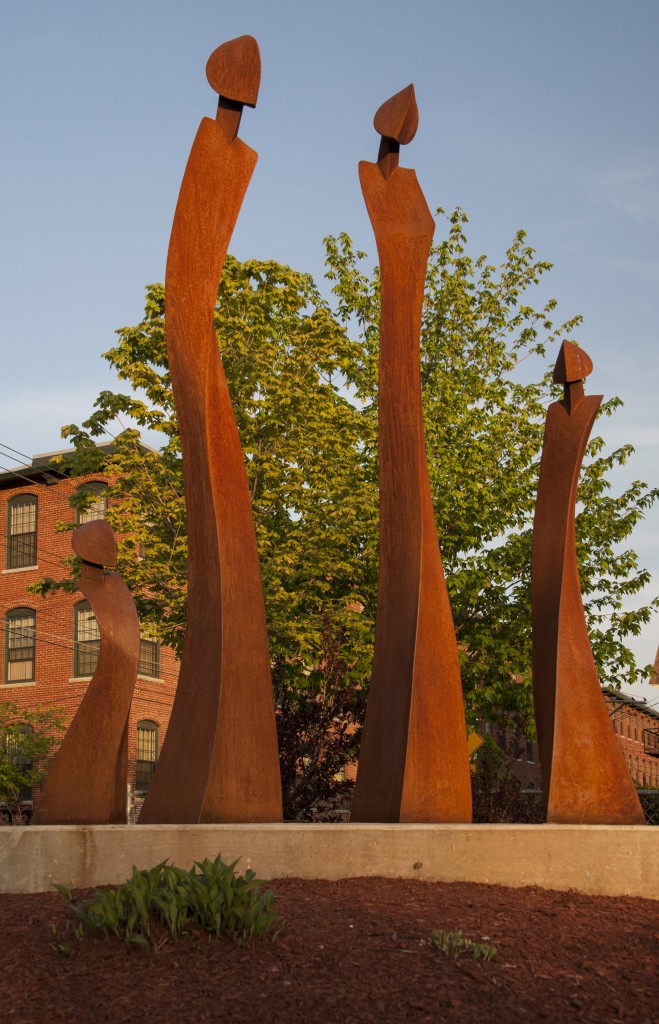 “I’d like to see the city continue to support community arts organizations with further enhancements to 14 Court Street and keeping the Edmund Keefe Auditorium as a performance venue,” she says. “But we were missing what other cities like Portsmouth and Concord have — a state-of-the-art performance center to draw both residents and visitors to the city.”

Rich Lannan, president of Nashua Community Arts, the nonprofit behind the Nashua Center for the Arts, agrees, saying the new venue “will add a whole other tier of art, performances and culture to the city.”

Lannan adds that a half-dozen new businesses — including restaurants, a candle shop, a men’s boutique and more — recently opened downtown, “and that’s in the middle of a pandemic,” he notes. “The addition of the performing arts center is only going to make all the businesses thrive even more and be a desirable place for others to locate their businesses in Nashua,” he says.

Day-to-day operations at the Center for the Arts will be managed by Spectacle Live, and the firm’s president, Peter Lally, says he sees nothing but potential in Nashua.

“As the center transitioned from dream to planning to construction, I’ve spent much more time in Nashua and have observed a great energy and dedication surrounding the arts center and the downtown,” says Lally. “I’m very excited that Spectacle gets the opportunity to be a part of the exciting future and positive energy of downtown Nashua.”