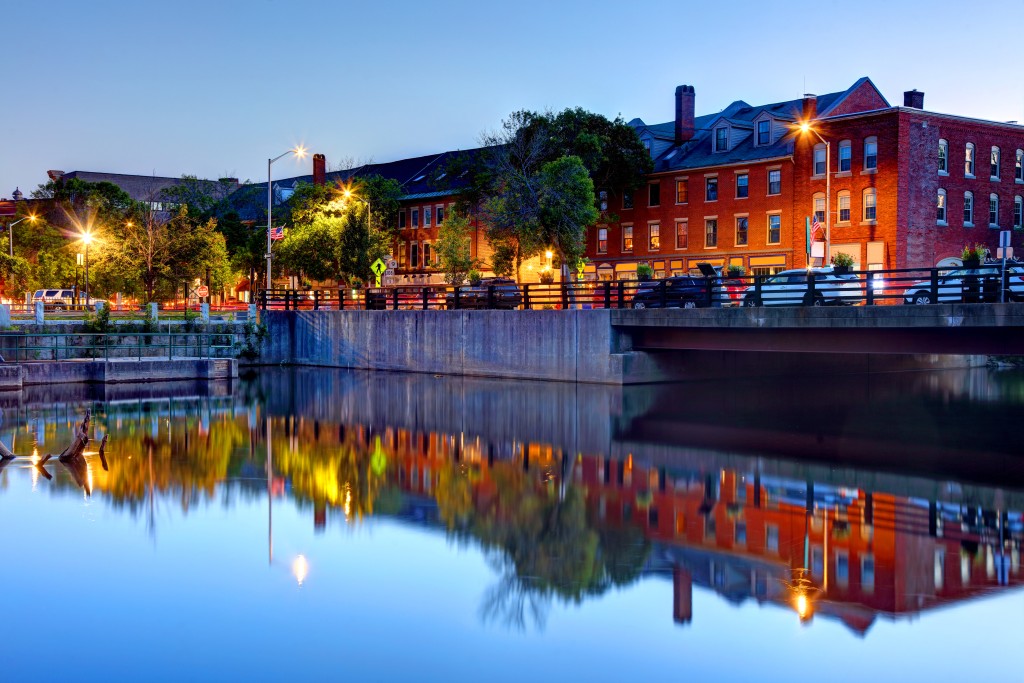 To the east, just a few miles from the eclectic downtown of Portsmouth — generally considered one of the richest cultural veins in the Granite State, where The Music Hall and the new Jimmy’s Jazz & Blues Club on Congress Street are big draws — the city of Dover is shedding its reputation as simply a suburb of the University of New Hampshire.

A high school classmate of mine, Ellen Cooke, has called Dover home since 1991, lured by the more reasonable housing coasts and relatively easy access to the seacoast. In the intervening three decades, the Garrison City as gone through a sea change. 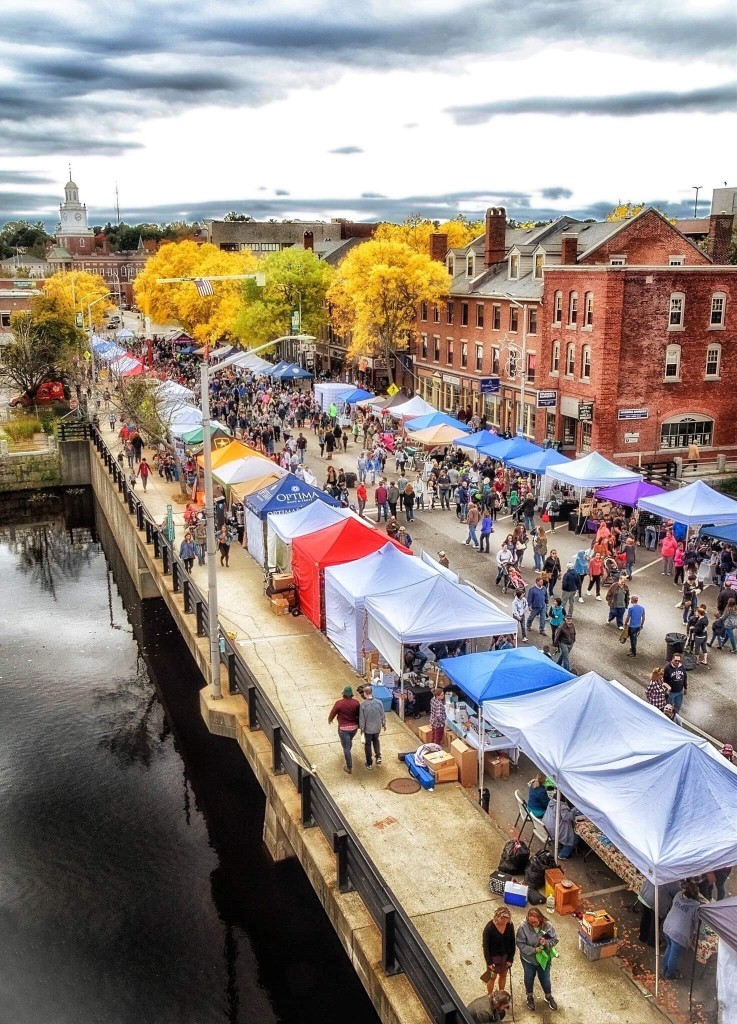 Dover’s annual events, like Apple Harvest Day, bring together the community in a celebration of history, food, arts and music. Photo courtesy of dovernh.org

“Dover has changed in similar ways as many New Hampshire communities,” says Cooke, adding that some older residents “lament the increase in cost — real estate, taxes, etcetera — as development reflects opportunities for people who can afford pricey condos and mega-mansions. Personally, I think Dover has done a decent job in managing growth,” adds Cooke.

“Some neighborhoods are certainly impacted by UNH commuters,” she adds. “In the fall, the lines get longer at my favorite pizza place, La Festa, but I think the infusion of young people is a good thing. I think Dover benefits from its proximity to UNH.”

More and more, however, the city is standing on its own laurels.

“Dover is unique in that, while the New Hampshire population is aging, the average age of our residents is trending younger,” says Margaret Joyce, president of the Greater Dover Chamber of Commerce. “This is due, in part, to our proximity to the University of New Hampshire, our varied housing options, and our walkable downtown dotted with a wide range of restaurants and retailers. In addition to an influx of new dining options, many businesses have made the decision to call Dover home in recent years.”

Joyce points out that having an Amtrak Downeaster train stop situated in the heart of Dover’s downtown gives commuters “an easy and affordable trip to Boston or Portland, and day-trippers find themselves in the heart of the action with no need for a rental car or ride-sharing service.”

And there’s plenty to explore in Dover’s center, which was literally built around the Cocheco River. Start with a bustling restaurant scene, “with new restaurants such as Stalk and Sassy Biscuit rubbing shoulders with perennial favorites such as Blue Latitudes and Patty B’s,” says Joyce. 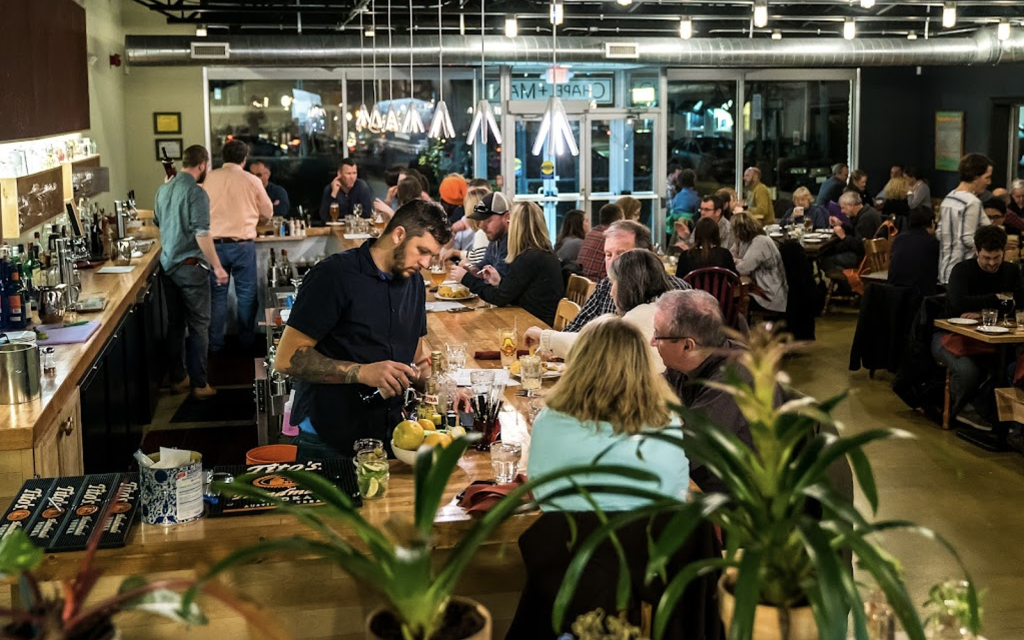 Chapel + Main prides itself on crafting top-notch food and beer, to bring together family and friends. Photo courtesy Chapel + Main

Cooke agrees. “My favorite sit-down-for-a-real-meal [place] is Chapel + Main,” she says. “Good food, and they brew good beer. La Festa has the best pizza, and a good selection of draft beer. During Covid, we got a delivery from Smutlabs — comfort food and growlers — that earned our loyalty.”

The Strand theater hosts a variety of shows, from dance parties and tribute bands to comedians and hypnotists. Community events, such as the Cochecho Arts Festival and Apple Harvest Day, entice visitors from throughout the region to the downtown to enjoy free outdoor entertainment by local artists (check out The Art Center on Washington Street). The Cocheco Academy of the Arts, a public charter high school, situated at the Seymour Osman Community Center, is sowing the seeds of the next generation of artists, while the Children’s Museum of New Hampshire — recently relocated from Portsmouth, of all places — is superb, as is the nearby playground.

This year, Dover, the first permanent settlement in New Hampshire, will mark its 400th anniversary. An ad hoc committee, says Joyce, is planning a number of celebrations throughout the year to mark the milestone. That seems to be the ideal way to recognize a city on the rise.