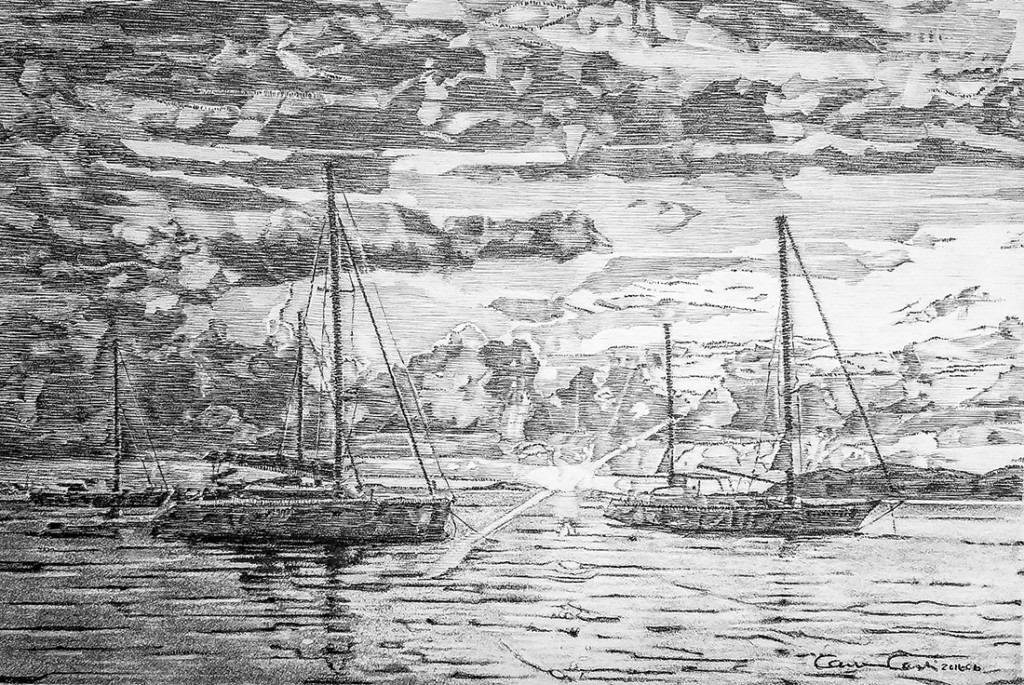 There is a story between the lines of every pencil drawing by Carmen Verdi.

In his words: “It was October 8, 2005. Everything was a blur. I had just arrived at jail in Middleton, Massachusetts, an inmate, falsely accused and numb. What I was about to face filled me with dread. From day one, I stayed awake all night and slept all day. During one of those sleepless nights, I saw it. A light. Of all the cells where I could have been, mine had a small beam of light shining all night from the corridor outside. I grabbed on that ray of light and retreated to the thing that had given me comfort as a child — drawing. Virtually overnight, I had a stack of commission work.” Verdi became the Massachusetts House of Corrections bed number 60’s portrait artist, sketching portraits on the back of intake forms and charging $5 in food.

Ninety-one days later, he was found innocent and released. He and his wife moved to Nashua and started a business, but the pull to draw continued, and he sketched into the wee hours. A vindictive ex-wife forbade their sons to visit, and his drawing became a form of therapy. He hid their names in his intricate drawings.

His work caught the eye of a collector, and she encouraged him to get serious and show and sell his work. He had no formal training, but asked every artist he could find how he could improve his work. The more he created, the more he exhibited, and the more people enjoyed it. “It became an obsession. I became an artist,” says Verdi.

Verdi’s medium is simply pencil on paper. He uses the mechanical variety with complex but controlled scribbles. The shades of gray say it all — the emotion, the passion and the commitment of time. Though he is drawn to busy peoplescapes, he also creates landscapes, seascapes, still lifes and plant studies, each filled with intense detail.

Verdi now exhibits in NYC and at local shows at Greeley Park in Nashua and Art in the Park in Keene. And yes, he still hides his children’s names in each work.