Aged for the Better

A basic primer for beer aging to enhance taste 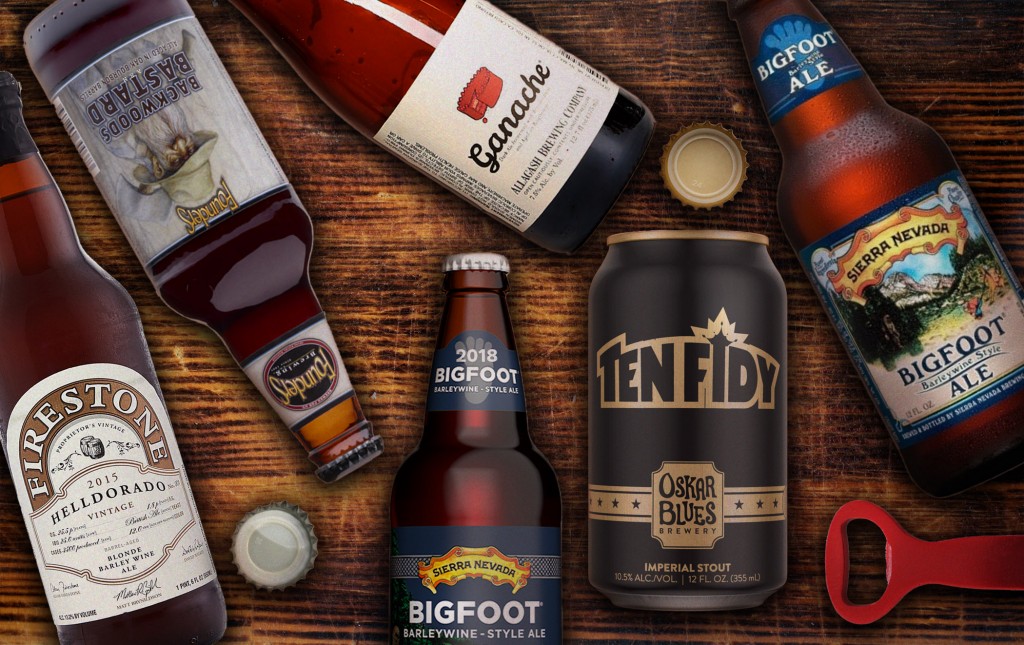 When most folks hear the term “beer cellar,” they are surprised that such a thing exists. Well, I promise they do, and I have one.  Throughout much of beer’s history, some styles were specifically designed to be “laid down” (which sounds more Barry White than Sam Adams) for a period of time to age. Some styles were designed to be consumed fresh, but folks found an alternate and enjoyable experience to be had if the beer was kept in a cool, dark place for a while. If there weren’t any lawyer’s hearts available, a cellar was found to be a perfect place for such aging.

In a brilliant but confusing effort to keep product moving off of the shelf, the Big Breweries started including “born on” dates on their packaged light lager. This was more a marketing function than a quality function, but it worked. As the craft revolution hit full swing, more styles became available to the American consumer, and aging once again became an option.

As a basic primer for beer aging, here are a few vague parameters:

Age in a cool (45-65 F), temperature-stable place. If you don’t have an old house with a root cellar, a foam cooler in an unheated cellar works.

What’s not recommended for aging (mostly):

What is recommended for aging:

These beers have the roastiness and/or maltiness, and the alcohol content can improve as they mature. The wild sour ales, which are a small subset of styles well worth seeking out, have active microorganisms that help the beer gain depth and complexity as the years pass. The science would be boring, but the proof of the beer is in the drinking!

For the sake of proof, I invited a few flavor mavens over to my house to drink some
aged beer. Present for the experiment were Ernesto Burden, publisher and vice president for McLean Communications; Jon Pinches, owner of the Manchester craft beer store, The Packie; and my favorite drinking buddy and guitarist from Jam Tomorrow, Mark Vadnais. We sampled six beers from my cellar, all of which were purchased in New Hampshire, and arbitrarily drank them from lightest to darkest. Here are some of the notes:

First was Firestone Walker’s 2017 Helldorado. This is a blonde barley wine, which means it utilized paler malts in the brewing process than a standard barley wine. Barley wine is a high-alcohol style with a dominant malt character, and is one of my favorite styles to age. It had nice notes of coconut and vanilla from the oak, and the aging has brought out notes of nuttiness and sherry.

Sierra Nevada’s Bigfoot Ale Barleywine 2018. I buy a case of this almost every year. It was my introduction to big beers in California in 1994, and it is in my top 10 favorite beers ever. I usually drink a few fresh, as it is very hop-forward when young, but stash the rest for two to three years. This bottle did not disappoint, and was a testament to the graceful aging of beer. Caramel and smooth hop bitterness balanced out the 9.8% ABV and the heaviness of the malt. Stellar, and infinitely repeatable.

Sierra Nevada’s Bigfoot Ale Barleywine 2002. This was a gift a few years ago, given to me by Mark Foster, the owner of The Beer Store in Nashua. The challenge with bottles this old is that the crown caps don’t totally block carbon dioxide from escaping, or oxygen from entering. Carbon dioxide is the bubbles, and oxygen stales beer, creating a cardboard taste. This beer was flat and cardboardy but not without nuance. When I went to pour it out, Jon said of his glass, “I’m still exploring …”

Founders’ barrel-aged Backwoods Bastard 2018. This is labeled as a barrel- aged Scotch ale. The barrel was bourbon, according to the website, and the style is old-school Scotch wee heavy, the biggest beer in the traditional Scot’s brew book. Very malty and slightly sweet with nominal hop bitterness or aroma, the bourbon oak did wonders with this liquid. It is another of my favorite beers to age, and just two years will bloom wonderful subtleties from this unsung hero. “This is sort of the point of your piece, right? Set it aside, and it changes for the better,” said Ernesto.

2018 Allagash Ganache was a very different beer than the rest. It had been aged with a blend of wild microorganisms in the traditional Belgian style, and was, as Snoop would say, “funky, like an old batch of collard greens.” It was tangy blend of dark-roasted malt and raspberry, truly delicious, but a little went a long way.

Last up, we shared a barrel-aged 2018 Ten FIDY from Oskar Blues. This is a luscious, thick, indulgent beer to begin with, but the barrel aging combined with the cellaring made this the star of the evening. It was sweet without being cloying, roasty without being bitter, and as smooth as a Ron Carter bass line. I wish I had cellared more!

I hope this encourages you to visit your local beer store, chat with the clerk, and bring home some cellar-bombs. Until we meet again, at a bar or in my backyard, keep your glass full.

Expand Your Palate With Both Beer and Spirits

Lessons of fruit from the (grape) vine