Why Exactly Is Sununu So Popular in NH? 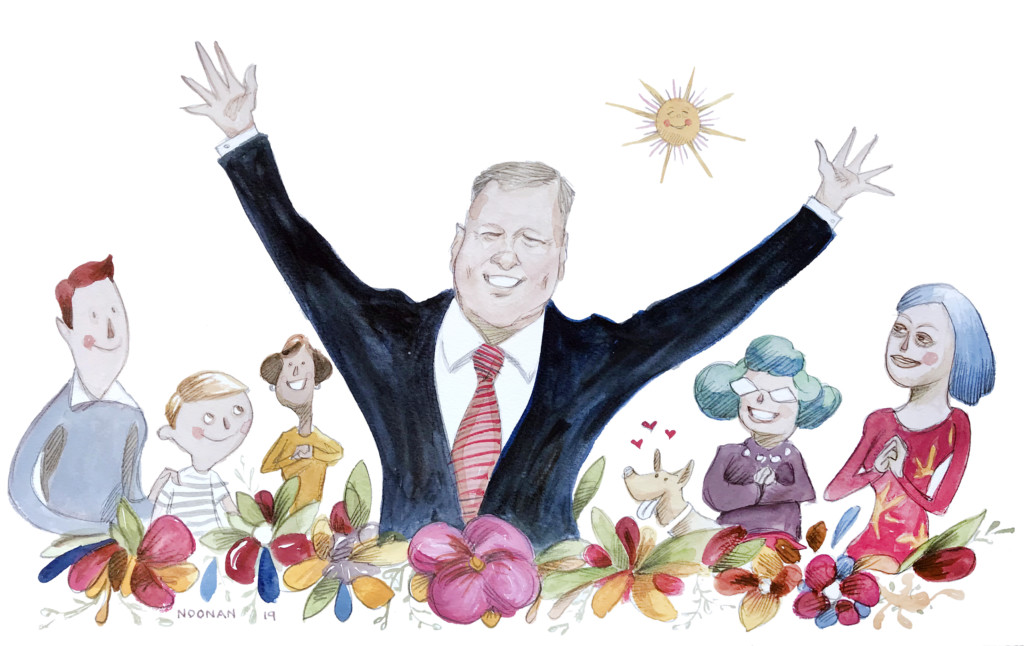 Sununu was chosen by the majority of the state’s voters both times he ran for governor, but without questioning those merits, it’s still puzzling why he remains so darn popular.

And yes, he is popular. Sununu is both the most popular major New Hampshire politician and the third most popular governor in America.

But why? He hasn’t managed the state through a tragedy, and he isn’t governing like a swing-state governor might either.

Consider that the top two most popular governors in America are also Republican, but they both represent blue states and are decidedly not backing President Donald Trump on much. The same is also true for the person in fourth place — Vermont’s Phil Scott — who recently said that basically any Republican would be a better president than Trump.

Sununu? He not only represents a swing state, but he is the most pro-Trump governor east of Ohio and north of West Virginia.

“I’m a Trump guy, through and through,” Sununu once said. Meanwhile, Trump has rarely been above a 40 percent job approval rating in New Hampshire polls during his two years in office, while Sununu is at a 66 percent job approval rating, according to the latest University of New Hampshire Survey Center poll.
It’s not just the Trump factor. He nominated a controversial and political person from the party’s base to be the commissioner of education. The first bill he signed into law was a gun bill that was also not popular. Sununu hasn’t even tried to come across as bipartisan, as the model has been for 15 years in the state.

When Democrat John Lynch was governor, you could sense the frustration from New Hampshire Republicans. It seemed nothing could knock him off the title as the most popular ever.

Lynch, after all, was no partisan ideologue. He avoided engaging in an increasingly partisan national political atmosphere or meeting with other Democratic governors­ — even Obama administration officials like then-vice president Joe Biden when he visited the state.

Sununu? He invited Mike Pence to the state to appear at fundraisers for him. And that is in between trips around the country to appear at Republican governors’ events. He writes letters to Washington regularly disparaging the state’s all-Democratic delegation.

So what is going on here? Beyond his famous last name, Sununu has come across to voters as the younger brother of a large family that he actually is. For the most part, he has earned the benefit of the doubt among voters. There is also a very solid local economy.

But quite possibly, Sununu’s popularity has less to do with him than it does the ineptitude of the state’s Democratic Party. After three years, they have yet to find anything to stick to him in a negative way.

While the Democrats are good at organizing their team, they have been bad at finding an argument against Sununu. For example, when Alabama passed the most restrictive abortion law in the nation, it should have provided ample ammo for the Democrats to challenge Sununu to act like the pro-choice politician he says he is, particularly in a pro-choice state. But no. The message the next day what was about Sununu and tax cuts.

The Associated Press story the day after that was a weird, but enjoyable, story about a bear once on the loose that was pardoned by lovable Gov. Sununu.

In pro-choice Vermont, the Alabama ruling forced the Republicans to pass a new law protecting abortion rights. In pro-choice New Hampshire, it was just another day for Sununu to talk about bears.

And if that is how it is even on what could have been a very contentious day for the Guv, then why not like Sununu?