Where to Find the Best Whiskey Bars in NH

As the cold weather settles in, warm up with whiskey 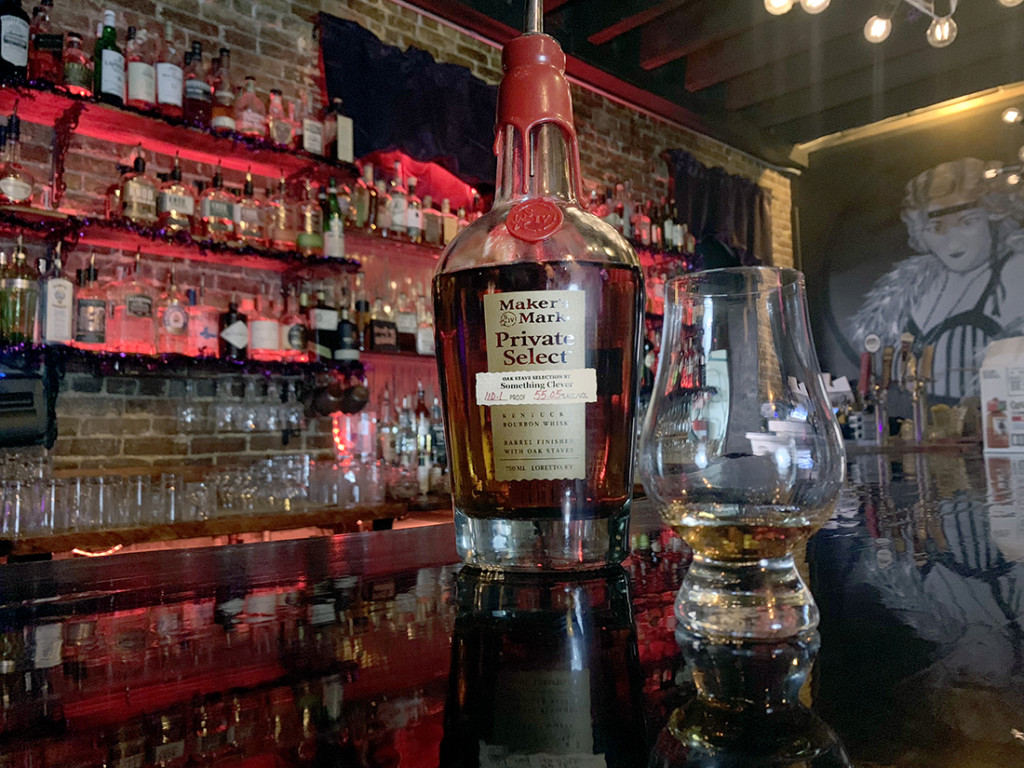 Whiskey comes from the Irish Gaelic “usquebaugh” or Scots Gaelic “uisge beatha,” meaning water of life. Whiskey was likely the first thing Europeans distilled after they borrowed the technology from the Persian Alchemists, with the first records of stills in Scotland and Ireland, but our journey begins at CHUCK’S BARbershop, a speakeasy in Concord. To set the scene, one enters through a hidden door in a barbershop. Industrial Revolution-era brickwork and beams greet you, with scattered chalk art of flappers and dandies adorning the walls behind a mix of comfy low seating and high-tops. There are plenty of niches and alcoves, as well as a swoopy bar with a dozen or so seats. After pondering possibilities with Watson the bartender and potentate of potent potables, we decide on a single-barrel bottling of Maker’s Mark Private Select, only available here and two other spots under the same ownership group. Staves (the long, rounded side pieces) from a selection of varied barrels were put in the aging barrel with the spirit, to create a unique batch with each combination. French oak is the big player here, with a ton of wine-like notes of vanilla and light toast.

I sat down with bartender Jeremiah upon arriving at Cheddar and Rye, just off Elm Street in Manchester. They offer over 300 whiskies, and have the knowledgeable staff to back it up. I choose Sagamore Straight Rye, from Maryland. It hit me with a big nose of dried fruit esters, and opened up with a splash of maple syrup. The flavor led with apricot and less rye bite than I expected, and continued with a not-cloying sweetness. The finish was peach and a wisp of ginger. As the closing notes lingered, the place started filling up (I arrived before hours) and I took note of the vibe — repurposed barrels, phone booths for cell conversations, whiskey bottles beyond my peripheral vision, and happy folks talking about whiskey. Visit Cheddar and Rye.

Back in the fall a “foliage” drive with my wife somehow ended up at Cooper’s Hill Public House in Peterborough. Let’s begin by saying they have a 40-page whiskey guide, and my three samplings were spot on. An Irish pub with a bit of a whiskey problem, it seemed like a place my great-grandmother Dunt would remember from home. But I drank scotch. And good scotch, at that. My favorite was BenRiach Burgundy, which melded a salty cranberry nose with a smoky toffee middle and a gently warming finish. The Glengarish 12 year was like an alcoholic Earl Grey with a coconut on his head, all bergamot and tropics. The Balvenie Portwood 21 was, for the price, a bit of a letdown. It did everything a port-aged scotch should do, but frankly not as well as the much more affordable Glenmorangie Quinta Ruban. There are many shops and a brewery all within walking distance, so plan an hour to just walk around the dot on the map that inspired “Our Town.”

Neat or with a splash, pot or kettle still, ’Murican or imported, just show me the way to the next whiskey bar.

Michael Hauptly-Pierce is the co-founder of Lithermans Limited Brewery in Concord. Check out his podcast, The Tap Handle Show, for an insider’s look into craft beer in New Hampshire and beyond.