With a slightly different perspective, an unwelcome invader becomes dinner 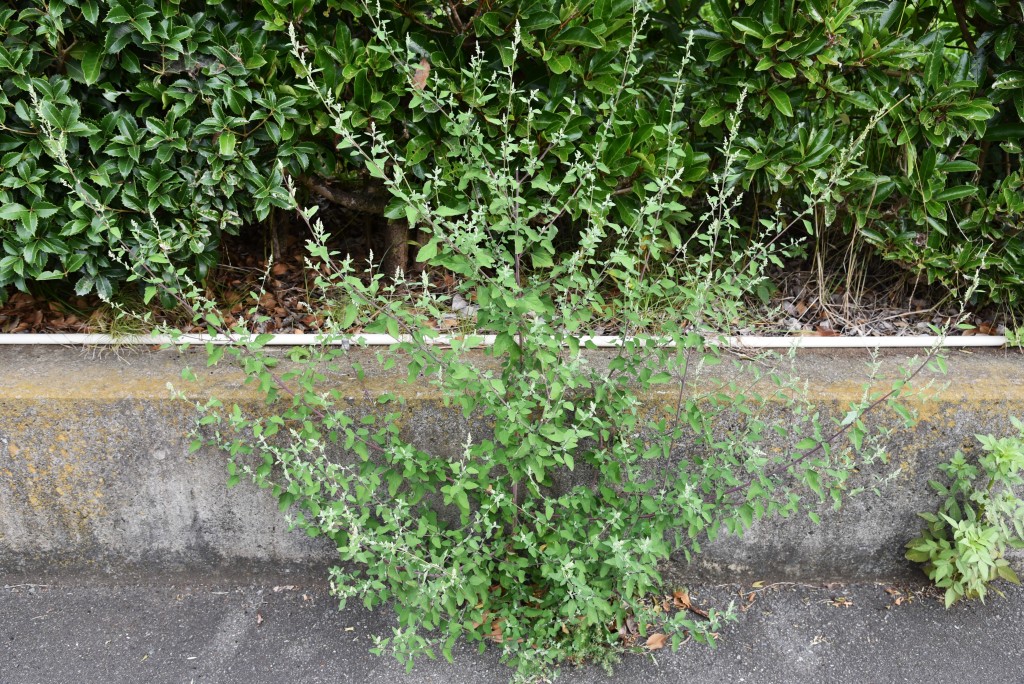 The humble lamb’s quarter, though cultivated in some places, is mostly considered a weed.

A few years ago, my husband Bob and I took a trip to Los Angeles to visit our youngest daughter. On a bright Sunday morning we walked the few blocks from our daughter’s apartment to the Hollywood farmers market. Such abundance! Such variety! And it was only March! Ahh, California.

I remembered something my late father, a 10th-generation New Hampshire vegetable farmer, had told me after his own first trip to California: “If the Pilgrims had landed on the West Coast, they never would’ve bothered finding New England. They harvest three entire crops a year there! Can you believe it?”

And so there I was on a Hollywood sidewalk that Sunday in early spring, gasping over the bushels of gigantic artichokes, the just-picked strawberries, the stacks of fat asparagus, the pungent fresh garlic, the beautiful green bunches of … wait. What is that? The cheerful dreadlocked young woman on the other side of the table said, “It’s lamb’s quarter, man. It’s super-good for you.” My astonishment at, as a woman in my early 50s, being called “man” was matched only by my amusement that these cheeky Californians were actually selling lamb’s quarter — a weed. Oh, what a kick my father would’ve gotten out of this. How many acres of lamb’s quarter had he and I (and all the generations of Tuttles before us) uprooted over the years while cultivating our crops on the old family farm on Dover Point? I moved along, chuckling and shaking my head. Of course, I was a Yankee farm girl. I wasn’t gullible enough to buy a bunch of weeds for five bucks.

When Bob and I got home in late April, I rototilled and then staked out and planted my own vegetable garden with the early cold-resistant crops: peas, lettuce, beets, carrots, chard, radishes, scallions and the brassicas: my usual broccoli, cabbage and Brussels sprouts seedlings, plus, for the first time, a row of broccoli rabe. Growing rabe was new to me, but we’d tasted it at a friend’s house, sautéed in garlic and mixed with pasta, and Bob and I’d both loved it. Plus, it was fast-growing and would be ready nice and early. In mid-May, I took a chance on the absence of frost in the forecast and spent a day planting everything else.

I should explain here that my garden is not at our house, which is on the gravelly, steep bank of a lake, surrounded by pine forest. Nothing would grow there, except herbs in containers on the deck, so for years I’d been borrowing a sunny, fertile patch of land from a friend who lives a couple of miles away. Even better, there was a pond nearby. I had a six-horse Honda irrigation pump, many feet of rigid black pipe, and a system of sprinklers, all of which needed to be set up anew every season.

It was a hot, dry May that year. Bob and I took advantage of the bright warm weather and worked for weeks painting the exterior of our house. We were so busy using every minute of daylight that I didn’t have the time or energy to even visit the garden, let alone set up the irrigation or even do any weeding. But it was always on my mind. 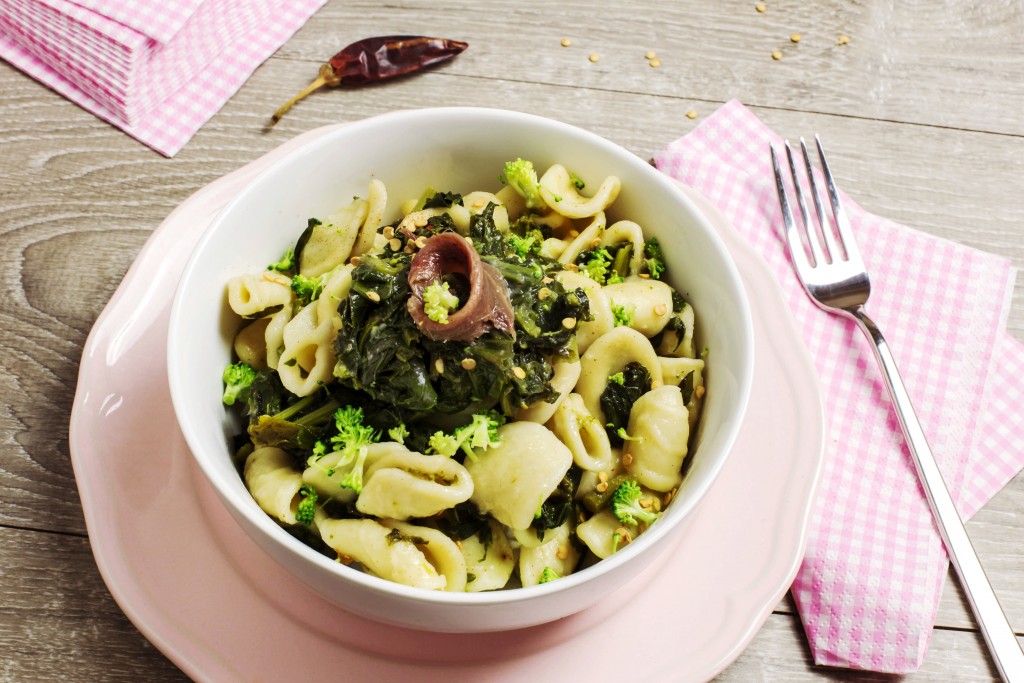 Seemingly, there’s not all that much difference between broccoli rabe and lamb’s quarter, as Rebecca Tuttle’s husband Bob didn’t notice any change.

One late afternoon in early June, I couldn’t stand it any more. I climbed down the ladder, cleaned my paintbrush, and drove to the garden. I told Bob that I was hoping the broccoli rabe would be ready, and if so, I’d make it with pasta for dinner that night.

I was worried that the entire garden would’ve succumbed to drought due to my weeks of paint-spattered neglect. The sun was getting low, and I knew I wouldn’t have time to load up my irrigation equipment, get everything in place, attach the pipes and hoses, set up the sprinklers, prime the pump, fix the inevitable leaks … so I settled for putting my hoe in the bed of my Ford Ranger in hopes of getting at least something accomplished.

My fear was realized: All four rows of broccoli rabe had withered and died. No amount of watering would revive it. I had planted it in the sandiest, driest part of the garden, a strategy that works well for early crops in wet springs, but not in years where it doesn’t rain one drop the entire month of May. So, with a deep sigh, I took up my hoe and set to work hoeing and weeding everything that was still alive (which was, happily, most everything else). I got the strawberry patch cleaned up first, then I hoed the tomatoes and peppers and eggplant and tomatillos, the green beans and shell beans and Romano beans, the Lincoln peas and the snow peas, the lettuce and mustard greens, the corn and squashes and cucumbers and pumpkins and sunflowers and zinnias. Last, by now swatting mosquitoes, I set my sights on the six rows of potatoes. They looked great, nice and even and about six inches high. I’d planted them in a fertile and relatively moist part of the garden. I started hoeing the weeds, noticing an abundance of lamb’s quarter, which my father had once told me was a sure sign of healthy soil. The lamb’s quarter was thick and lush, a carpet of green encircling every hill of potatoes, as if I’d planted it there.

I paused in my work, the dreadlocked woman’s voice in my head. “It’s super-good for you, man.” And then I remembered something else: When I was about 12, my father had told me that what we humans call a “weed” is nothing more than a plant out of place.

In a strawberry patch, he’d said, squinting into the sun, a stray corn plant is a weed. And in a cornfield, guess what? A strawberry plant is the intruder to be pulled up and tossed aside.

It was sunset, and I was getting hungry. I set down my hoe and began pulling fistfuls of baby lamb’s quarter, stuffing it into the bag I’d intended for the broccoli rabe.

I brought it home, washed it and removed the bigger stems. I heated olive oil and slivered garlic in a wok, then tossed in the lamb’s quarter and cooked it for a few minutes, adding a sprinkling of sea salt and a shake of dried cayenne pepper flakes. It was beautiful and fragrant and bright green, and I served it on thin spaghetti with some good Parmesan. Halfway through dinner, Bob refilled his plate and asked me if there was any more “broccoli rabe” still growing in the garden. I assured him there would be a steady crop all summer.

Before there were refrigerated trucks shipping produce from Florida and Mexico and California, people living in the northern latitudes had no access to fresh vegetables in the winter. 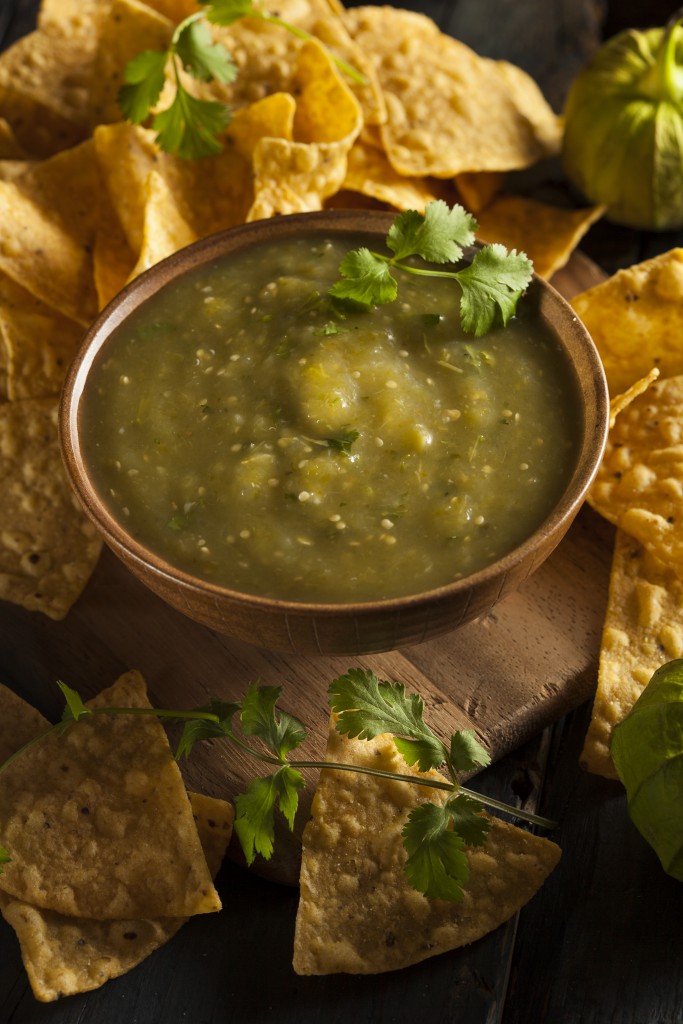 Dandelion greens, the first “weeds” to appear in the spring, were a prized spring tonic. My grandfather, Penn Tuttle, would get a jump on both the weeds and the market soon after the ground thawed, digging up dandelions all over the farm with a double-tined hand tool. He’d wash the sandy soil off of them in the deep concrete tubs of the washhouse he and his father had built. He’d pack the greens into crates, load them into his 1915 Jeffrey truck, and drive the three miles from the farm to the town of Dover to sell them wholesale to the many small local groceries that thrived before the first A&P came to town.

A kinder word for “weed” is “volunteer” — a plant that was once grown as a crop but now self-seeds and spreads without any assistance from the farmer. On our farm, it was horseradish. Some Tuttle ancestor decided to plant a field of it. My grandfather and my father never forgave that long-gone and unknown relative. No amount of hoeing or digging or mowing would eradicate that hardy perennial with its gnarly, foot-long roots. When I was a kid, there was an elderly Greek couple who’d come with burlap sacks and a shovel every spring and leave with all the horseradish roots they could carry, but they barely made a dent in the unwanted bounty.

After falling in love with fresh salsa verde on a trip to Mexico a few years ago, I decided to grow tomatillos in my garden. I had no idea what to expect, having never seen them growing. I sent away for a packet of seeds and started them down cellar under grow lights. They grew twice as fast as the tomato seedlings I’d started, and were tall and gangly by the time it was safe to transplant them into the garden. The plants grew into beautiful huge bushes bearing hundreds of what looked like Japanese paper lanterns, each one containing a hard green perfect tomatillo. There were so many I couldn’t possibly use them all; I filled the freezer with them and sold the rest to a Mexican restaurant. Even so, there were many that fell to the ground before the first frost killed the plants.

The next spring, as I rototilled the garden, I saw a clump of familiar-looking “weeds.” I shut down the tiller and looked more closely. Tomatillo seedlings! And instead of being tall and gangly like those struggling under lights in my cellar, these were sturdy and healthy. Every year after that I welcomed the volunteers and never had to buy seeds again.

Note from the editors: If you enjoyed reading this article, then we invite you to read Rebecca Tuttle’s popular “Rescuing the Rhubarb“.