Visiting the Farmlands in Westmoreland

Find fruits of the earth in Westmoreland 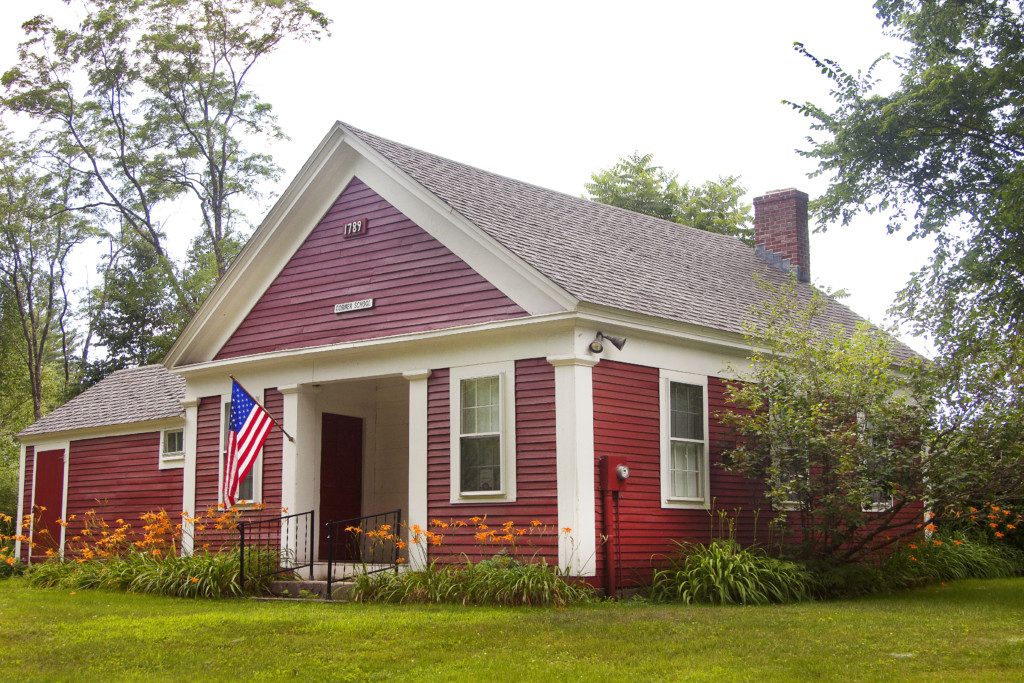 This historic schoolhouse was built in 1789. Photo by Stillman Rogers

Few places in New England offer more beautiful fall foliage viewing than the valley of the Connecticut River as it winds between Vermont and New Hampshire. We’re lucky enough to live within a few minutes of these landscapes, and we never tire of a fall excursion through the maple-lined backroads of Westmoreland, with the foliage alternately hiding and framing views of the river.

Our favorite route takes us north on River Road. It’s well-named, as in some places there’s barely room for a strip of grass between the road and the water. Elsewhere it winds through thick riverine forest, rising and falling in and out of ravines where streams have carved their way from the hills to the river.

Or it levels onto the low, flat floodplain covered by fields of hay and corn, bordered by stonewalls built by long-ago farmers. Westmoreland was granted as Great Meadow in 1735, the second outpost in a chain of fort towns built along the river to protect early settlers. When the border between New Hampshire and Massachusetts was established in 1752, Gov. Benning Wentworth granted it as Westmoreland, honoring the 7th Earl of Westmorland.

Ten years later, the town was prosperous enough to build a fine meeting house, which in 1846 was moved to its present site on Park Hill, above the cluster of fine homes. The Park Hill Meeting House, which is on the National Register of Historic Places, has a Paul Revere bell. The entire ensemble is quite remarkable, as homes this elegant and refined from the 1700s are rarely seen this far from the coast in northern New England.

Also in the care of the Park Hill Meeting House & Historical Society, the High Tops School, also known as Schoolhouse No. 9, is at the corner of Poocham and River roads. Built in 1789, it was moved here from Reynolds Road in 1846 and treated to a Greek Revival update, but has not been altered since. It’s also listed on the National Register.

The name Poocham refers to a summer gathering place on the banks of the Connecticut River used by the Abenakis before the first European settlers arrived here from Massachusetts. The Leonard family, among the first to settle, built a farm overlooking the Poocham, and today their house and barn is home to Poocham Hill Winery.

About 1,200 vines cover three sloping acres behind the house, nine cold-hardy varietals — four whites and five reds — that thrive in the rough clay soil and which are hand-harvested to preserve their unique characteristics. From the start, it was owners Steve Robbins and Mame ODette’s intention to produce high-quality wines from grapes they grew right here. A tasting of the marechal foch and the Wolf Pine red convinced us of their success. The tasting room is open Saturdays and Sundays 11 a.m. to 5 p.m. through the end of November. 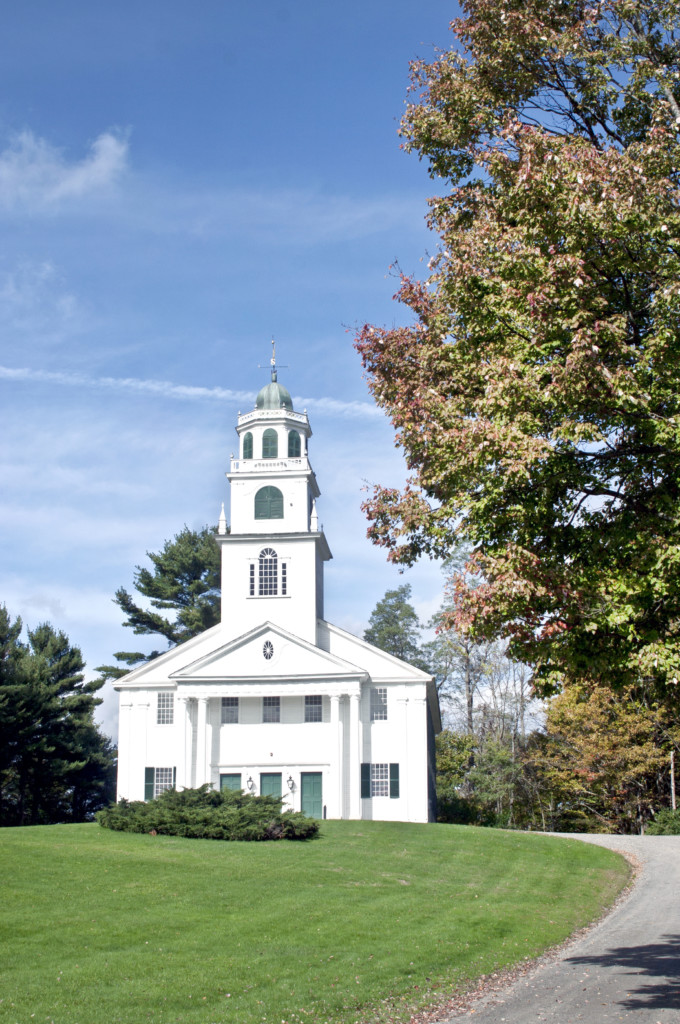 Although it is unlikely to threaten Burgundy’s place in oenological circles, Westmoreland has two active wineries. Unlike Poocham Hill, the Summit Winery has taken an international approach to sourcing grapes, in addition to the acre of their own vines. It’s also on a historic farm site, this one settled in 1752 by John Chamberlain, who later fought with the Continental army at Valley Forge. While only the foundation of the original farm remains, the hilltop winery is housed in an 1856 Walpole barn that’s been reconstructed.

Owners Darren and Judy Horn produce familiar varietals — riesling, sauvignon blanc, chardonnay, cabernet sauvignon, sangiovese and red zinfandel — and welcome visitors for tastings on Thursdays from 4:30 until 7 p.m. and on Saturdays and Sundays from 12 to 5 p.m. The two wineries join with local artists and craftspeople for the annual River Valley Artisans Wine & Art Tour, this year on September 7 and 8.

If a walk in the woods seems in order after a couple of wine tastings, stop at the Ruth C. Warwick Preserve, the first New Hampshire property donated to The Nature Conservancy in 1964. Three trails, none over half a mile, wind through the woodland property, reached from Route 63 south of Park Hill. The most interesting is the Cave Loop, which goes through an open overhang cave at the base of a cliff, past some boulders, then climbs to the top for nice views of the Connecticut Valley.

So much of the valley is wooded that it’s hard to remember that 150 years ago most of it was cleared farmland. A ride up Route 63 with views across open fields and pastures assures us that a lot of Westmoreland is still actively farmed.

New Dawn Farm on Spofford Road is an active CSA, with a farm stand and PYO flowers. Their sustainable farming practices enable them to grow a surplus of as much as 6,800 pounds of produce to donate to local food pantries in a season. Long Ridge Farm is home to a flock of Romeldale sheep, an endangered breed in North America. Along with selling the wool, Long Ridge hosts workshops in natural dyes and fiber arts; alas, no farm tours, so we couldn’t meet the rare sheep.

It’s a bit early to pick out a Christmas tree, but at Farmstead Acres Marshall and Pati Patmos grow fragrant balsams and Fraser firs on about five acres behind their 1787 Cape on London Road. Marshall knows a lot about trees — he was a UNH Extension forester for 38 years. Mill Brook sugar house on Route 63 has been tapping their 1,100 trees for 35 years, boiling it down the old-fashioned way instead of by reverse osmosis.

Time in the evaporator, they tell us, lets the sugar caramelize slowly for a traditional deeper flavor. Along with syrup, you can buy beef from grass-fed Scottish Highland cattle.

Stuart Adams grew up at Windyhurst Farm, and when he was still in high school he and best friend John Matthews bought an oil-fired evaporator and started Stuart & John’s Sugar House, with 920 taps. That was in 1974; today, Stuart & John’s is a local landmark and no sugaring season is complete without breakfast in the sugar house. The restaurant, now a multigenerational family business, is open for three meals daily in the summer, and on weekends through November for breakfast and lunch. Pancakes, waffles, French toast, corn and apple fritters are all served with endless maple syrup.