A reunion inspires a collage of memories 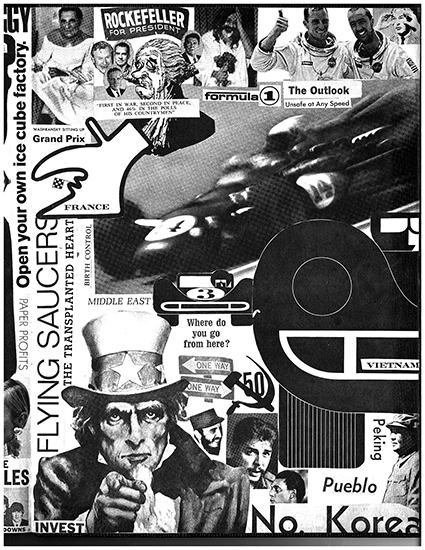 There are dates and events that shape the narrative of our lives. We gather for reunions and celebrations to reflect on these occasions and, to paraphrase Van Morrison from his 1968 album “Astral Weeks,” venture into the slipstream in the viaducts of our dreams, as the past and the present travel with us into the future. Home is where we are launched.

In anticipation of the 50th anniversary of the Littleton High School class of 1968, the 100th class to graduate from LHS, a stalwart group began an effort, in 2017, to connect with as many of the 117 ’68 graduates as possible and organize a reunion that was held over three days in mid-July.

Classmates not living in Littleton, Franconia or New Hampshire traveled from across New England and Colorado, Florida, Georgia, New York and Oklahoma to reunite. Greetings were received from Australia and California. At the reunion we learned that 21 of our classmates had died, including Pfc. Yvon Edmond Girouard, who was killed in action in Vietnam. We observed a moment of silence with Tom Buchanan piping “Amazing Grace.”

Littleton, located on the north side of Franconia Notch and nestled in the shadow of the White Mountains, is a town that has attracted artists, writers, bankers, entrepreneurs and even movie stars (most notably Bette Davis) who were taken with, in the words of beloved Littleton teacher Mildred Lakeway, its many virtues and “the crispness of the winters, the mysterious and lovely days of spring, the songs of summer and the gorgeous autumn.”

Since we grew up in a hamlet like Littleton, the bonds among us extend back to when we played together as youngsters, sang in church choirs, learned to ski, played baseball and skated in Remich Park and watched the parade when Santa Claus arrived in town over Thanksgiving weekend.

Harry Truman was president when we were born in 1950, and most of our fathers had served in World War II, their uniforms still hanging in the backs of closets. The atomic bombs dropped on Hiroshima and Nagasaki ended the War in 1945, and occasionally, in the first and second grades, during air raid drills, we were instructed to crawl under our small wooden desks, squat on our knees, and place our heads on our hands on the floor. Not one of us has forgotten that experience.

It was a period of peace and rebuilding. The birth rate was the highest it had been in the United States since the mid-1920s, leading to our sobriquet as the “baby boomers.” E.B. White’s “Charlotte’s Web,” published in 1952 and now a classic of children’s literature, suggests through anthropomorphized barnyard creatures, the importance of humility, honesty, love and friendship.

It was a time of innocence and prosperity. Manufacturers were designing and building kitchens and bathrooms of the future — avocado green stoves and refrigerators, pink toilets and sinks, gadgets of all sizes and description — not military equipment.

After kindergarten, our class divided. Some of our classmates attended St. Rose of Lima Catholic School and others attended what is now the Mildred C. Lakeway Elementary School.

We were 10 years old, in the fifth grade, when Sen. John F. Kennedy was elected president. The following year, in the sixth grade, Alan Shepard, a New Hampshire native, was the first American to be launched into space in his Mercury spacecraft, Freedom 7.

On November 22, 1963, those of us in Richard Bouley’s history class vividly recall Walter Cronkrite’s voice broadcast over the intercom system: “In a bulletin from Dallas, Texas: President Kennedy died today at 1 p.m. Central Standard Time, 2 p.m. Eastern Standard Time.” Mr. Bouley folded his arms across the desk, lowered his head into his arms and began to cry. School was dismissed. “We had never seen a teacher cry,” someone recalled.

In February of 1964, the Beatles made their first of three appearances on the “Ed Sullivan Show.” As teenage girls, far from the urban epicenters of London, New York and Los Angeles, we wanted to “hold their hands.” We were taken, as millions of others were, with their shaggy hair and uniquely British style. We bought their 45-rpm singles and long-playing vinyl records and became groupies wearing white blouses, single strands of pearls and Fair Isle sweaters.

After the assassination of President Kennedy, the world seemed to shift. The civil rights movement gained momentum, Vietnam reared its head, and technology came into our lives. The innocence began to slip away, although the mountains were a buffer, and diversity in Littleton could be described with two words: Catholic and Protestant. Segregation, desperate poverty and the power of urban anger were things we hadn’t yet experienced.

The year we graduated, Dr. Martin Luther King Jr. was assassinated in April while standing on a motel balcony in Memphis. Riots exploded in cities across the country. Two months later, in June, and just prior to graduation, Robert Kennedy was shot in Los Angeles.

Our first gathering at the reunion was at the entrance to Littleton High School where Jennifer Carbonneau, the principal of Littleton High School and the daughter of a classmate, met us for a tour through the classroom where we studied French, the biology lab where we dissected frogs, past the circular stairs, now removed, that led to the locker room, into the band room where one of our classmates brought his father’s shotgun to school so it could be fired during an LHS Band performance of the “1812 Overture.” (The gun remained in a band locker overnight.)

“And you are?” began the conversations at a dinner one of our classmates hosted on Saturday. “Remember when …” “Where are you living?” Laughter wafted through the damp night air. The point was to find the connection that would open the memory palace. Diamonds and rust.

The Littleton High School Class of 2018 graduated 51 students in June. Students from Bethlehem, Franconia and Sugar Hill now attend the Profile School in Franconia. Our curriculum included science, math, English, French and Latin, history and home economics for the girls and shop for the boys. Now students can graduate with skills needed to begin working if they make the decision not to attend college. Through a partnership with the New Hampshire community colleges, high school students can earn college credit.

The class of 1968 is now 68 years old, and we have been wives, mothers, husbands, fathers and grandparents, hair stylists, teachers, engineers, mechanics, stone wall builders, academics, artists, antique dealers, entrepreneurs and CEOs. Collectively, we have raised children, traveled the globe, served our country, managed businesses and military bases, and volunteered for churches and organizations in the communities where we live.

In 2068, the LHS class of 2018 will celebrate their 50th anniversary. With the speed of technological change and transformation in the world, it is dizzying to think about how they will reflect back on 2018. More walls and boundaries will have disappeared. Cars may be driverless. White men likely won’t dominate politics.

Just as 1968 has been described as one of the most turbulent years in the 20th century, 2018 will be described as a year of turbulence as well. The issues the country was grappling with in 1968 — racial inequality, food insecurity, conflicts among and between nations, the fear of a nuclear attack — are dominating the news in 2018. The innocence and sense of peace that we felt when we were young has disappeared.

With every turn of the hand on the clock, life shifts and moves us further from the forgotten land of childhood. The world has become stranger and the patterns more complicated. Until we pause … and feel the glow from a smile and the warmth of a hug and let memory replenish the present.

Elizabeth Howard posed for the photo to the left in 1966 wearing her Fair Isle sweater. She spent that summer working in the civil rights movement and living at Plymouth Settlement House in Louisville, Kentucky — at the time, one of the most racially divided cities in the South.

She has traversed the globe studying and advocating for human rights. Her essays, articles and book reviews have appeared in publications in the United States and internationally. She lives in New York City and spends as much time as she can in New Hampshire where she publishes a bi-monthly column in the Laconia Daily Sun.