Miss Kama-Kazi is director for Lady Luck Burlesque, a creative troupe based out of Portsmouth, though they often take their spiked heels on the road. We should be grateful to them for refining an art that is probably as old as cave painting but far more enjoyable. It is both naughty and nice and unbounded by stodgy conventions. However, it’s not all glitter, pasties and rhinestones. It takes work, passion and love. So Boom Chicka Boom. Sit back, relax and be entertained. That’s why they do it. 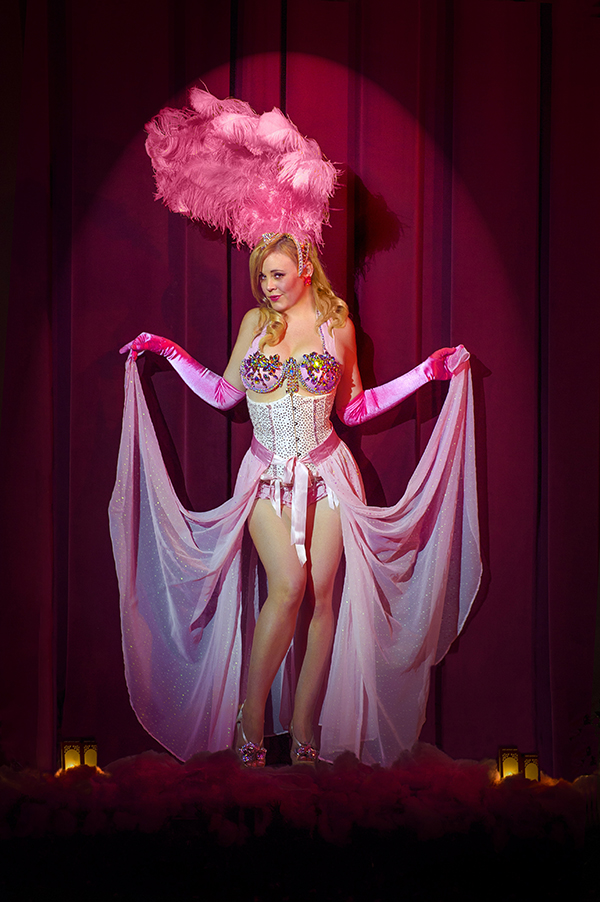 The true origins of burlesque may be more biological than cultural, though in most animal courtship rituals, it’s usually the male showing off the plumage. Still, it was at the movies that the seductive delights of the feather boas and satin garters became mainstream. A few films to check out at the art house cinema (or Netflix) are “Burlesque” (2010 with Christina Aguilera and Cher), “Moulin Rouge” (2001 with Nicole Kidman), “Gypsy” (1962 with Rosalind Russell and Natalie Wood), “Dancing Lady” (pre-code 1933 with Joan Crawford plus the team who would become the Three Stooges) or the 1930 classic “The Blue Angel” (with Marlene Dietrich, seen at left).