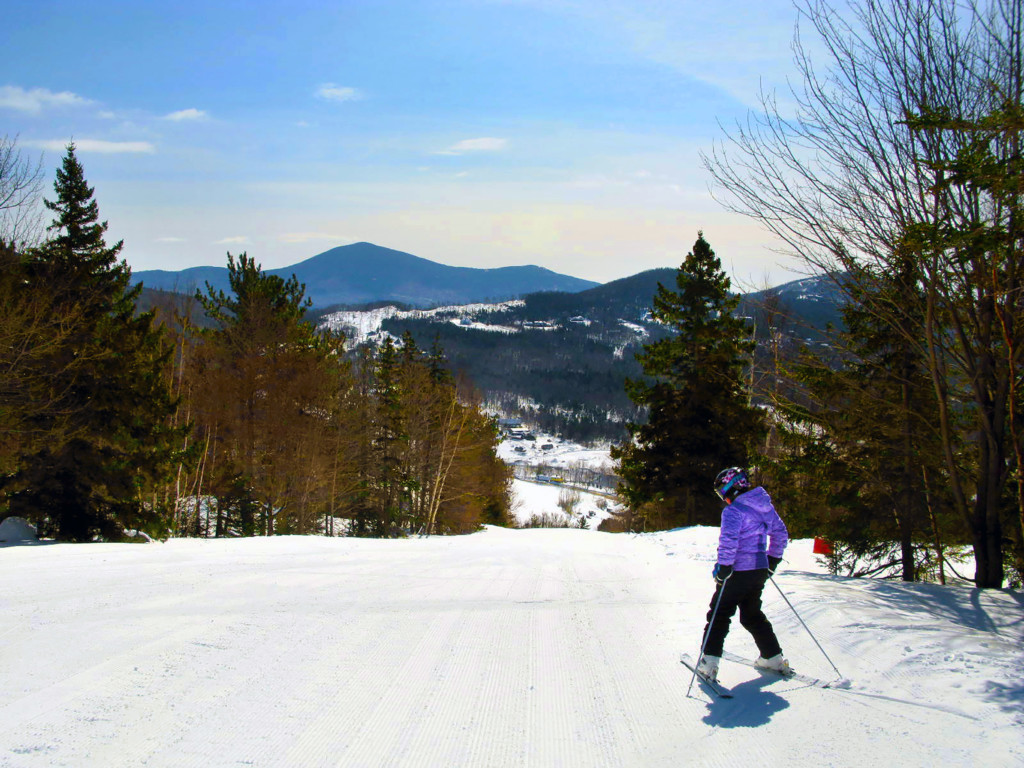 You could say that hotels — and the tourists they brought — made Jackson, and that the White Mountain artists made the hotels. Surely both of these reshaped this little farming community in the middle of the 19th century.

The artists had plenty to work with in this scenic valley where the Wildcat and Glen Ellis rivers meet at the foot of Mt. Washington and several smaller mountains. Their rugged beauty and sweeping vistas drew a group of plein air artists, known as the White Mountain School, who painted the mountain landscapes.

The images they recorded (OK, some did exercise a bit of artistic license) quickly drew visitors. The farmhouses where artists had stayed while they painted became guest houses to accommodate the first tourists. More farmers opened their homes, some later expanding them into inns and hotels. New hotels were built to accommodate numbers that increased as trains brought city families who stayed for the entire summer with their retinues of servants.

As the hotels grew, they became the attraction themselves, centers of summer social life with their own orchestras, ballrooms, sports facilities and a whirl of activities. The same story played out elsewhere in the White Mountains, but nowhere was there as concentrated a society of hotels as Jackson’s.

Four grand hotels dominated the scene, three of them in the center, strolling distance apart. In the village were Jackson Falls House, Gray’s Inn and Wentworth Hall, the biggest with a capacity of 350. Gray’s Inn accommodated 250, Jackson Falls House 80, and Iron Mountain House, at the edge of the village beyond the covered bridge, housed 125. Eagle Mountain House, high on a hill above the village, was the second largest with rooms for 225. A dozen or so others accommodated anywhere from 5 to 65 guests.

World War II brought this world to a screeching halt. The hotels were shuttered for the duration and, when they reopened after the war, the summerlong guests on which they had survived didn’t come back. Air conditioning and the automobile conspired against the hotels, and the four war years saw changes in the American lifestyle.

The turreted landmark Gray’s Inn closed in the 1960s and stood vacant until it burned in 1983. Iron Mountain House, also dating from the 1880s, was torn down in the 1940s, leaving an annex that continued to operate through the 1970s. Jackson Falls House, opened in 1858 and the earliest of the hotels, was torn down in 1979. 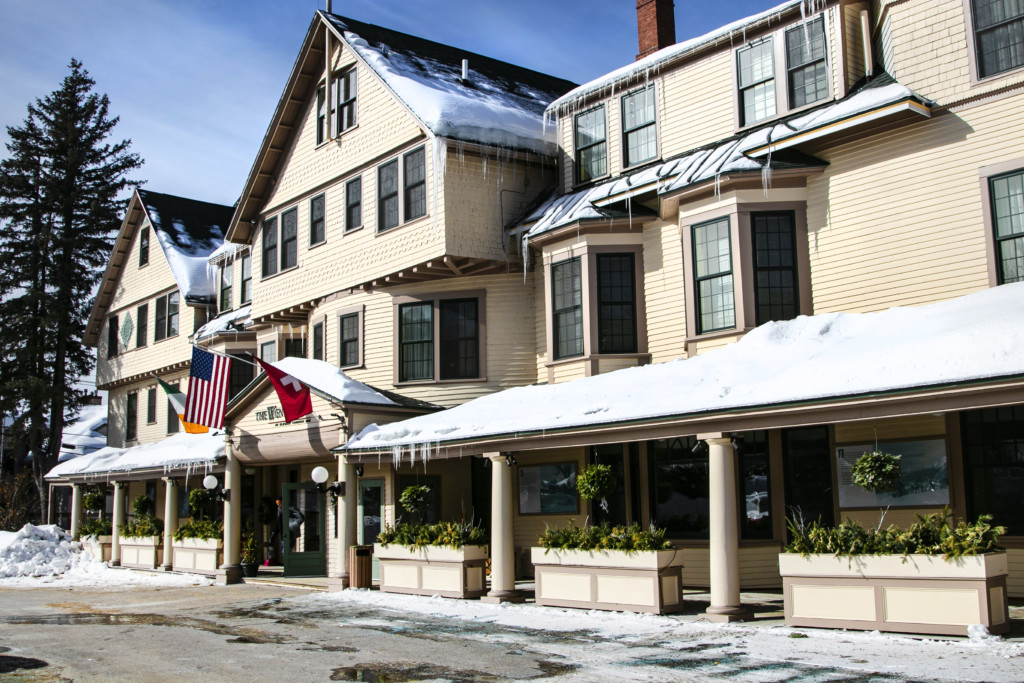 By this time, Wentworth Hall, once the village centerpiece, had been closed for eight years and sat empty and decaying, its rooflines sagging, wraparound porches collapsed. Plans to demolish it and build a modern hotel complex were thwarted by town zoning and it sat crumbling until 1982, when the property was bought and the hotel and cottages were saved. Under the ownership of Fritz and Diana Koeppel, it reopened in 1988 as The Wentworth, a grand hotel with luxury rooms and farm-to-table dining.

Eagle Mountain House also enjoyed a renaissance, offering its rooms for condominium ownership, and still operating as a hotel. Like The Wentworth, it has its own golf course and is connected to the Jackson XC center’s ski trails.

Several smaller inns survive, each with its own interesting history. In the village, the bungalow-style Inn at Jackson was designed by Stanford White as a private home in 1902. The Inn at Thorn Hill, also a bungalow style that began as private home, was completely rebuilt in 2004 after the original was destroyed by fire. Although larger and with more luxurious comforts, it incorporates the original style and architectural features, and is known for its spa and excellent wine cellar.

Christmas Farm Inn incorporates one of oldest buildings in Jackson, a small Cape dating from the 1700s. The main inn building was added later, and it was here that Jackson Ski Touring Foundation was formed, making Jackson a center for Nordic skiing. The roomy cottages that climb the hill behind the inn make it a favorite with families.

Beyond, at the base of Black Mountain Ski Area, Whitney’s Inn became a guest house in 1894, with cabins and a hill that later became popular with skiers. In 1936 a ski tow was installed with ropes hanging down from a cable — the first overhead ski lift in the US. When Bill and Betty “Ma” Whitney bought it in the 1940s, they redesigned the lift using the handles of Sears Roebuck shovels as hand grips. The family-friendly Black Mountain grew and Whitney’s Inn still retains the homey feel of a traditional ski lodge. The Shovel Handle Pub, named for the Whitneys’ lift, is a popular après-ski spot.

To see the White Mountains as they appeared to the eyes of Thomas Cole, Frank Shapleigh, Benjamin Champney and other artists, stop at the Museum of White Mountain Art at Jackson, a gallery created by the Jackson Historical Society. Some views you’ll recognize immediately, and if you cruise the backroads, you may find, viewpoints where the artists sat while painting.

Happily, the tradition of landscape painting in the White Mountains is now carried on right here in Jackson, by Erik Koeppel, son of the owners of The Wentworth. You can admire his paintings in local galleries or at the hotel, where they decorate the public areas. The style is his own, but Koeppel clearly sees in these landscapes what the White Mountain artists saw more than a century ago.