Seek and Find: The Seibert Saga

A foreign friendship reveals a story of hope 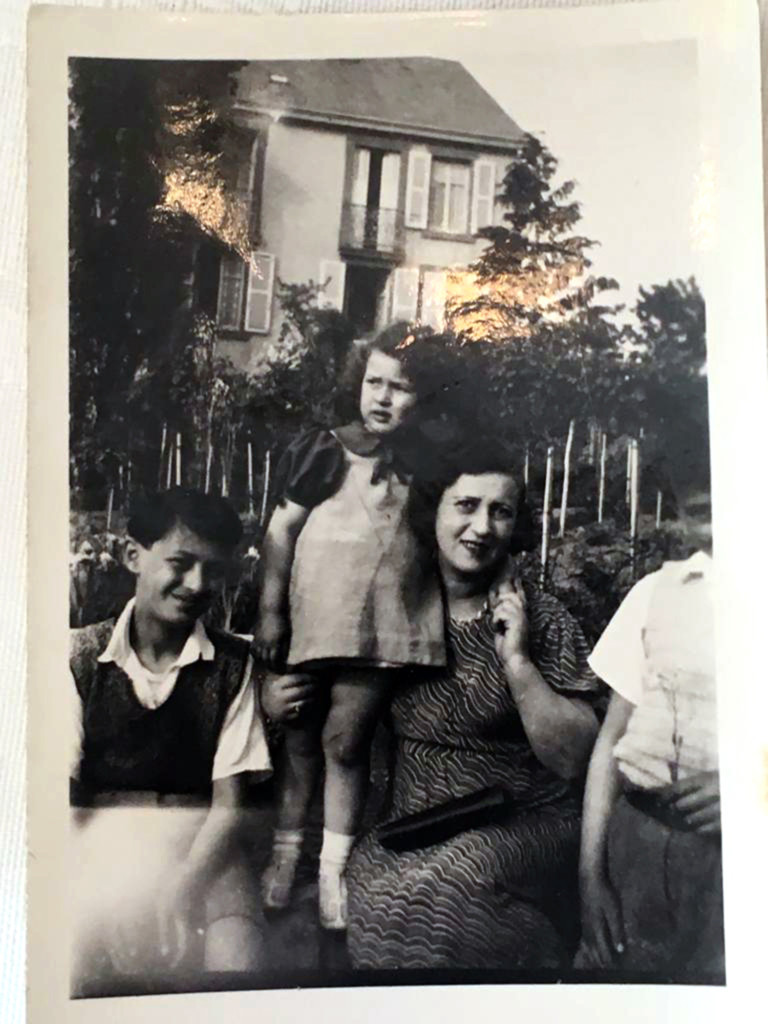 Next year, 2020, marks the 75th anniversary of the end of World War II. Along with public pronouncements ceremonies and fanfare, many Americans will also quietly reflect on the sacrifice of loved ones who served. In our family, we’ll remember my husband’s father, George, who was an Army medic in the War. He took part in harrowing battles like D-Day and the Battle of the Bulge. He lived a long life, dying in 2009 — and his story still resonates strongly for us. A few years ago, we took our sons to Utah and Omaha beaches in Normandy, where George came ashore with thousands of other American soldiers in June of 1944. We gathered sand in commemorative bottles, and tried to feel his presence. We gave thanks that he survived.

For me, World War II observances also bring memories of another loved one, who experienced the war very differently from George: my French friend Annette. She was 8 years old when the Nazis crossed the Rhine River into her hometown on the river’s other side.

I met Annette when I was a foreign exchange student in Strasbourg, France, in the 1980s. One winter weekend, we students were invited to visit with families in the nearby medieval village of Colmar. Annette was my host: a stylish clothing store owner, a world traveler, a mother of three young adult children. Despite our differences in age, culture and language, we became friends. We got together often for food, wine and conversation. One night, Annette mentioned that she’d been a “hidden child” during the war. Nuns in southern France had taken her and other Jewish children in as “orphans,” pretending they were Christians if the Nazis asked and, sometimes, trying to convert them to Christianity. I was fascinated but was never sure how much to probe. Over 30 years of friendship, I kept telling myself: “I’ll ask her more the next time we see each other.”

But that chance never came. Annette died in 2015. Of course, I regretted my inaction and shared those feelings with Annette’s daughter, Brigitte. She quickly replied, “But there is still my uncle Jacques, and he remembers everything.”

So in the fall of 2018, I dug in. I reviewed family records, conducted independent research, and listened to hours of recollections recorded a decade ago by Annette and her brothers, Jacques and André. Then I flew to France and interviewed 95-year-old Jacques. 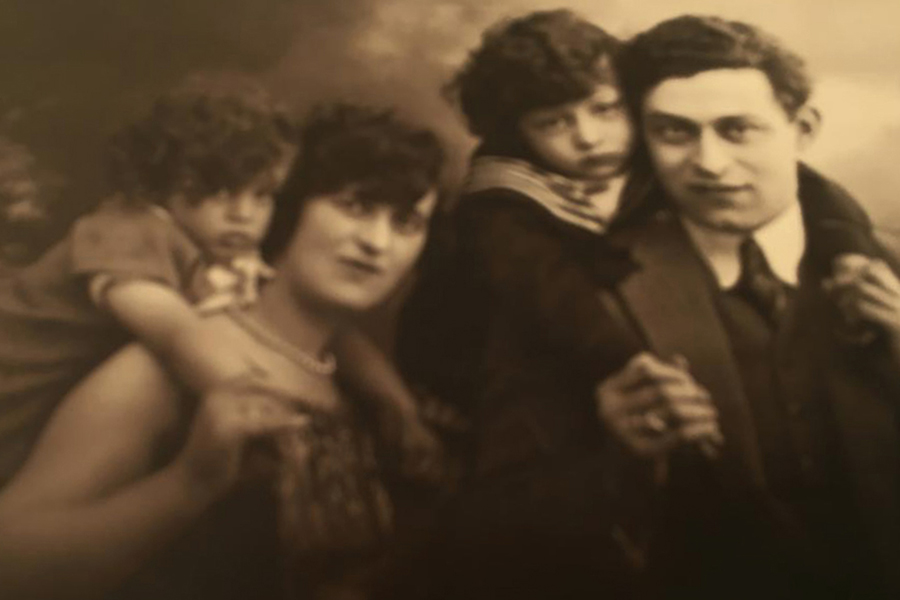 A dramatic family saga began to emerge, and with it, a heroine: Annette’s mother, Sarah. She possessed a remarkable ability to predict events and stay one step ahead of them. Repeatedly, during this perilous time for French Jews, it was Sarah’s quick, decisive action that helped her family survive.

Sarah’s story starts in Poland, about 1900. She was one of seven children born into a family of shopkeepers. She had a carefree childhood, but World War I changed everything. Although her town was not on the battlefront, soldiers from both sides would pass through and cause trouble. They would loot the shop, demand to stay in their home, and help themselves to food, drink and their beds. One day, German soldiers even wanted to help themselves to some women — demanding that Sarah’s father find some girls for them to enjoy, “or else.” Sarah’s father hid all of them in the cellar until the immediate threat had passed.

But overall, the intimidation and looting worsened. The family fled to another Polish town that seemed safer, and it was — but not for long. As the Germans gained ground on the battlefield, Poles accused Jews of being traitors to Germany. This provided an excuse for greater torment and worse — murder, robbery and rape became more frequent for Polish Jews, so at the age of 19, Sarah left for France alone. One of her brothers was already established there, so she could live with him. It was a choice thousands like her would make in the WW I era — a period of huge migration by Eastern European Jews to France.

Why France? Today, we know how badly the story ends for so many French Jews in WW II. An estimated 76,000 were deported to camps and the vast majority perished. Countless others were forced to flee to America, Israel, Australia and Canada. But in the early 20th century, France was seen by many Jews as a place where they could live in peace and prosperity. The French Revolution some 150 years before had promised “liberty, equality and brotherhood” for all, including Jews. Those values still seemed to stand. Plus, at a more practical level, these new arrivals knew they’d find work: France had lost more than half a million people in WW I, mostly young men. The country badly needed new blood to rebuild its decimated economy and revitalize its communities. 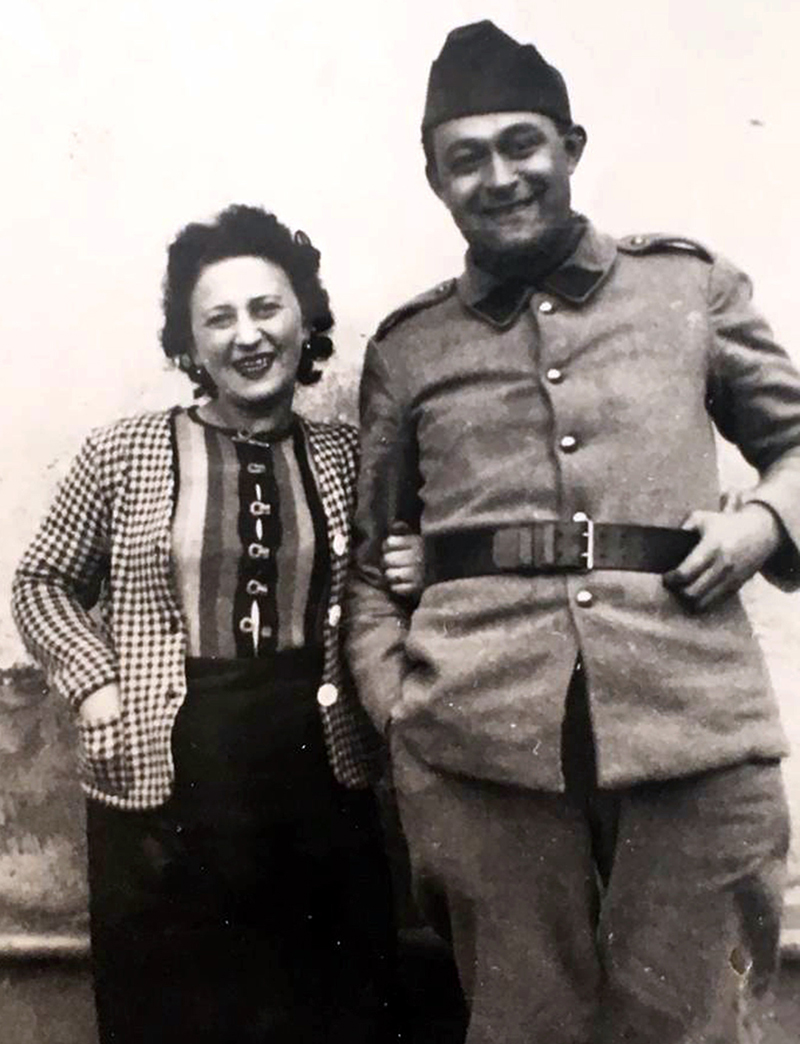 So France felt welcoming, and Sarah’s relatives had settled in a region that may have seemed especially so: the twin provinces of Alsace-Lorraine. Their location bordering Germany and several major rivers had for centuries made the region a crossroads for commerce. Alsace’s capital city, Strasbourg, was especially long known as a center for intellectual debate, political experimentation and artistic expression. It was also a crossroads of religious practice — where Protestants and Catholics had coexisted and that religious tolerance had even, at times, been extended to Jews as well.

Sarah’s brother was a wholesaler, near the city of Metz in the Lorraine region. There, Sarah met Max Seibert — a fellow Polish Jew who’d come to the region a few years earlier. They married and set up shop — literally, for commerce was one of the few acceptable professions for Jews at that time. They settled in the Alsatian village of Colmar. They established themselves as respected, caring members of the community. Their store prospered. They had three children who by all accounts had ideal childhoods, active in Jewish and Christian social circles.

But by the late 1930s, Alsatian Jews like the Seiberts grew alarmed by reports from across the Rhine. Friends and colleagues who often crossed the river said Germany appeared to be militarizing swiftly. A Colmar rabbi reported seeing Jews ordered to perform humiliating jobs: to scrub the streets by hand, for example, or pull weeds from cracks in the cobblestones. Jews from Germany began crossing the border seeking refuge in Alsace and the rest of France. Still, on the French side of the Rhine, there was optimism. When France and Britain declared war on Germany in the fall of 1939, most French people assumed an easy victory. Jacques Seibert remembers a popular slogan repeated everywhere at the time, promising “we are the strongest, we will surely win.” But Sarah didn’t buy it. Jacques remembers her saying, “and if France loses — then what?” Everyone scoffed. Sarah ignored them. Her sixth-sense had kicked in, that intuition that always guided her — and it guided her now. 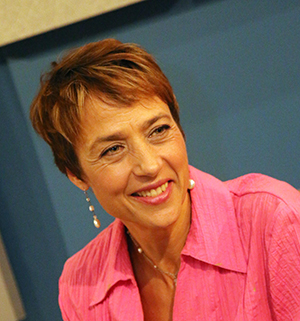 Laura Knoy is founding host of NHPR’s “The Exchange,” New Hampshire’s award-winning call-in program where she and her guests feature issues, trends and stories relevant to life in our state. The show began in 1995. Before that, she worked as a reporter, newscaster and host at various radio outlets in Washington, DC, including NPR. Laura Knoy’s book on the Seibert family, “Hide and Go Seek” will be completed in 2020.

Just weeks before France capitulated to Germany, she sent a large quantity of the store’s merchandise to the southern city of Nîmes, with plans that the family would follow. She left Alsace in May to guide these arrangements and find a place for them to live. She was still away on June 22, 1940, when France officially surrendered to Nazi Germany. And so, just hours before the Germans marched into Colmar, the rest of the Seibert clan — 40-year-old Max, teenagers Jacques and André, and 8-year-old Annette — clambered into a rickety car to escape.

For five years, the family would play its own life-and-death version of hide-and-go-seek. Annette would be hidden in a Grenoble convent, narrowly missing a Nazi roundup and deportation by the notorious Klaus Barbie, the so-called “Butcher of Lyon.” Seventeen-year old Jacques would become separated from the family on the second day of their escape and would travel alone hundreds of miles in search of them by bicycle, hitchhiking and walking. Max and Sarah would move from city to city, often “hiding in plain sight.” They’d been furnished false identity papers by a sympathetic Protestant town official who was motivated by France’s earlier history of Protestant persecution by the Catholic-dominated state. At one point, Sarah — alone — would endure a nighttime trek through the countryside, in a snowstorm, poorly dressed and nearly freezing and starving to death, saved by a farmwife who was brave enough to take her in.

All in all, the Seibert’s saga offers a true tale of danger, luck and the kindness of strangers.

THE REST OF THE STORY 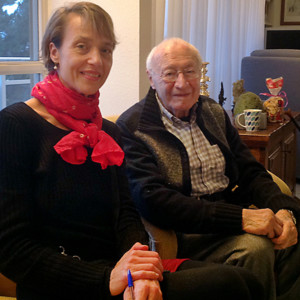 Laura Knoy with Jacques Seibert, 95, during an interview for her upcoming book and this story. Photo by Brigitte Aumont

Like many family histories, the “Saga Seibert” as the family calls it, is missing many pieces. We don’t know who the nuns who sheltered Annette were, their motivations, how they felt about it, or how many were swept up in Barbie’s deportation that day. We don’t know much of this Protestant assistant mayor, who created Sarah and Max’s false papers. Why did he risk his own life, and that of his family’s, to help these unknown Alsatian Jews? What friend or neighbor or colleague tipped him off, that the Milice, a type of paramilitary police that eagerly carried out Nazi ethnic cleansing, were after him?  Who were these Nazi supporting individuals, who went to the assistant-mayor’s house, and took his wife instead?  How did she feel about her husband’s clandestine activities, that lead to her own death?

These and other individuals will have to be drawn through the broader narrative that the Seibert’s story illustrates that, in the midst of a Holocaust, this family was saved by many people of different religions, often at great peril. It’s a heartening message, for their time — and ours.

So in 2020, as Granite Staters reflect on the meaning of WW II in our lives today, I’ll salute the American servicemen and women like my father-in-law, and their tremendous sacrifice. And I’ll honor the memory of Sarah Seibert, by telling her family’s remarkable story, guided by this remarkable woman who was always one step ahead.