Through his impassioned side-project Wicked Joyful, the former stand-up comedian hopes to make his hometown known for its signature dish 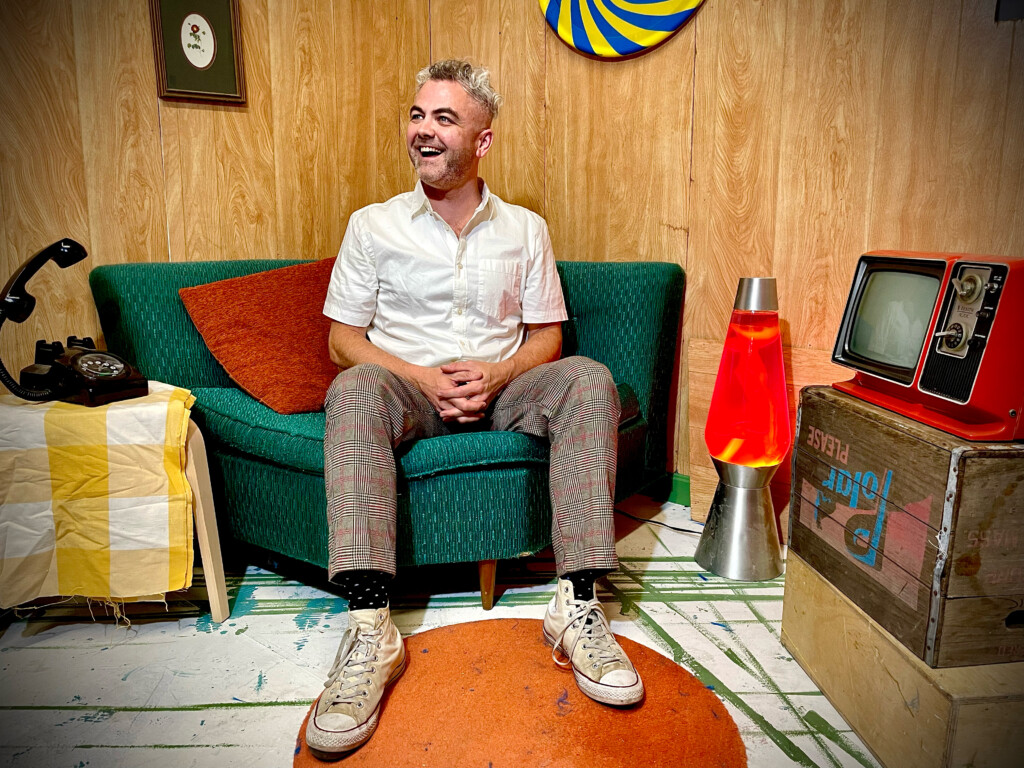 “First and foremost, Manchester, New Hampshire, is the Chicken Tender Capital of the World,” Nick Lavallee says. “That’s number one. It is.”

While such a proclamation may sound silly, Lavallee is dead serious. The 43-year-old former stand-up comedian is the man behind Wicked Joyful, a company he created “as a means of expressing myself through art,” he says, that features a line of original products playing off New England humor, ’80s and ’90s nostalgia and current-day pop culture references. He sells shirts that exclaim “Mahket Basket: More Fah Ya Dolla,” Manchester bingo cards that include a “Hampton is my favorite beach” square and custom-made action figures that have attracted a profusion of famous fans. His admirers include Maroon 5 guitarist James Valentine, actor John Stamos and even comedian Bill Burr, who retweeted a picture of a “Fahkin’ Stah Wahs” action figure made in the likeness of his “The Mandalorian” character Migs Mayfield (the toy incorporates a “Dunkin’ Donuts Coffee n’ Blastah”). With a Boston Globe write-up, a growing list of celebrity cosigns and nearly 13,000 Instagram followers under his belt, Lavallee is ready to tackle his latest and greatest project: making Manchester publicly known as the chicken tender capital of the world.

Meet Lavallee, buy some Wicked Joyful apparel and invite him out for some tenders. “If someone ever wants to grab chicken tenders, I’m totally down. Just call me up, I’ll do it. I’d eat chicken tenders with anyone.”

“I knew I wanted to do it, but I didn’t know when,” Lavallee says. “I wanted to wait for the right time so I could gain the support of my fellow residents and the rest of the country — if not the world — can see us for who we are. I think now is the time. There’s no better time for the mayor to make the declaration.”

Lavallee kicked off his campaign in February of 2020, on a live episode of MSNBC’s television show “The Beat With Ari Melber.” In anticipation of New Hampshire’s presidential primary, Melber hosted a special Granite State episode alongside local comedians. Melber asked the crew what newcomers should do while visiting the state — and Lavallee didn’t hesitate: “Everyone needs to try the chicken tenders. This is the chicken tender capital of the country.” The seed was planted. Lavallee hasn’t looked back. 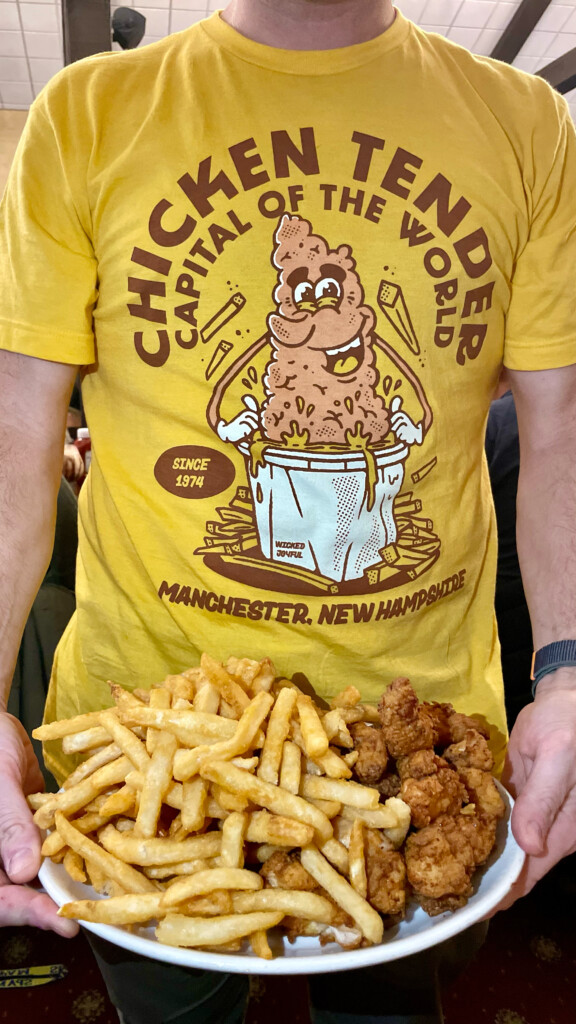 In early December, Lavallee posted a shirt for sale on his website to further the movement. The mustard-yellow t-shirt reads “Chicken Tender Capital of the World: Manchester, New Hampshire, Since 1974,” depicting an anthropomorphic chicken tender surrounded by fries and dunking itself in duck sauce. Lavallee enlisted graphic designer Don Leon Schuuring of Dedonleon Design Studio to create the shirt’s illustration. Lavallee first worked with Schurring on his “Storrowed: Boston, Massachusetts” shirt, poking fun at the infamous Storrow Drive bridge.

“I chose to work with Don because he’s great with character mascots and I thought it would be such a fun and joyful image,” Lavallee says. “I also think there’s a certain kind of humor that you find in Manchester that you can’t quite find anywhere else and I see it in that illustration. If there’s any way to describe the people of Manchester, it would be striking, cartoonish but self-aware. Like, he knows he’s a chicken tender. And here in Manchester, it’s like, we know we’re from Manchester — we’re not pretending to be anything else. We know who we are! We know we’re covered in duck sauce and we’re fine with that. That’s what I see in that chicken tender: he’s a little salty, he’s joyful and he’s very self-aware.”

The Wicked Joyful t-shirt is just a small steppingstone in Lavallee’s larger mission. Like pizza in New Haven, Philly cheesesteak in Philadelphia and deep dish in Chicago, he wants Manchester to celebrate and unite over the chicken tender — a genuine (and delectable) cultural artifact standing as a storied piece of metropolis tradition. While it’s a little-known fact, Manchester has every right to the tender’s origins: The Puritan Backroom Restaurant on Hooksett Road claims to have created the first chicken tender in 1974 — and as an illustrious Granite State establishment first opened in 1917, they appear a reliable source. 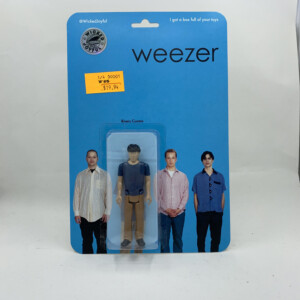 “With the initiative, I want to pay respects to the original while celebrating city-wide all chicken tenders offered by our local establishments,” Lavallee says. As he sees it, there are two chicken tender eateries above the rest: the Puritan Backroom, and Goldenrod Restaurant on Candia Road. “Those are the Frank Pepes and Sallys of Manchester chicken tenders,” he says, referencing the legendary New Haven pizza joints. After the S-tier, Lavallee favors Red Arrow Diner and Cremeland Drive In, followed by The Shaskeen Pub and Restaurant and Charlie’s (which technically resides in Goffstown). These rankings, while impassioned, are far from objective — which is exactly the point. Lavallee says that any Manchester resident worth their salt can offer “two dozen different opinions on who has the best chicken tenders.”

So what sets the Manchester chicken tender apart? Lavallee says that many of the city’s restaurants (including Puritan Backroom and Goldenrod Restaurant) marinate their tenders, possibly in pineapple juice. Additionally, “they’re not heavily breaded — it’s more of a crunch than a crisp — but they’re not overly-battered, if that makes any sense,” he says. And the city’s condiment of choice? Duck sauce. “When you pair that tender with the duck sauce? Forget it. Forget it. There’s absolutely nothing like it. Someone told me they love honey mustard; I love honey mustard, too, but I wouldn’t dare put it on a Manchester-style chicken tender.” 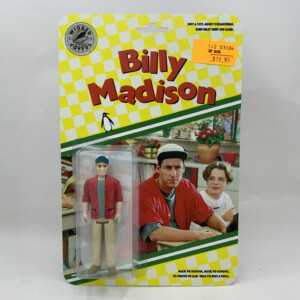 In Manchester, residents commemorate milestone life events with chicken tenders, and inevitably ascribe specific emotions and idiosyncrasies to each and every tender consumed. Lavallee recalls countless Christmas Eves spent devouring tenders with his brothers, and celebrating his grandparent’s anniversary with tenders as the main course. Like pizza in New Haven, Philly cheesesteak in Philadelphia and deep dish in Chicago, chicken tenders are more than food to New Hampshire’s most populated city. They’re an indelible way of life

“I can’t tell you how many Christmases, birthday parties, anniversaries, work events and memorial services I’ve gone to and had chicken tenders,” Lavallee says. “Man, I’ve had chicken tenders to celebrate some of life’s kindest moments and I’ve leaned on chicken tenders when things haven’t gone quite right. They’ve always been there for me. Manchester chicken tenders have always loved me tenderly. What you get in every bite is the history. There’s a story that comes along with every order of tenders.” 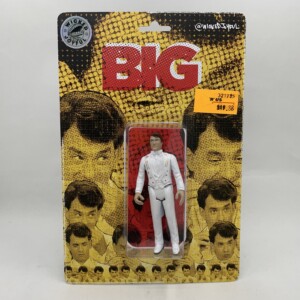 “Being on this side of life where I’m at right now, I really see part of my life’s purpose is to bring joy to people,” Lavallee says. “I think one of the many ways to bring joy and to get there is by having civic pride, participating in community and developing community engagement. As much fun as this is and as much fun as it is for you and I to talk tenders and have some laughs, I really do think that it’s important that we be the change we like to see in the world. I’ve experienced quite a bit in my time on this planet and I really want to think locally and think about how we can participate in our community and have civic engagement and discussion and get to know each other better. I just think there’s so many fun opportunities and there’s so many fun ways to be proud of where we’re from.”