In spite of the challenges presented by the COVID pandemic, a hearty number of restaurants opened and eventually flourished, finding ways to live free and prosper. From a serious commitment to take-out to outdoor dining to limiting hours and social distancing, each found a way to still serve the public. Now, it’s your turn to get off the couch and dine out. Yes, many doors are open, but the latest hurdle is finding staff to maintain service. Get more details on Facebook for days and hours open, and please be patient and courteous. All are doing their best.

Food at Axel’s Throw House in Nashua is mostly snacks, but if you have a hankering to toss an axe, this is the place. No, you are not aiming at a simple straw target. This state-of-the-art lounge in Nashua offers 15 throwing lanes and your choice of digitally projected zombies, ducks and more to hone your skills without even harming a pixel. Mondays and Tuesdays are reserved for private bookings.

Bellissimo Italian Steakhouse opened in 2022 in the former Fratello’s on Main Street. They specialize in Italian dishes while their signature steak filet is served on a hot stone. There is entertainment Thursday through Saturday.

bluAqua Restrobar has been around for almost 10 years in one form or another. The first was the location in Salzburg Square in Amherst, where the chef was Chris Noble. After a brief stint in Nashua, the Nashua location closed. Finally, after many delays, the bluAqua Restrobar opened on Elm Street in Manchester in January 2020. Not the best timing, but the spot has survived and thrived with the help of Chef Noble’s Southern-inspired cooking, special events, wine dinners, entertainment offerings and one very special fish tank. 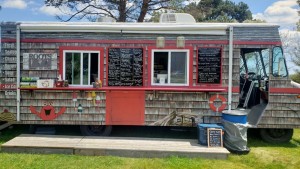 The Enrights closed their Roots Café in Hooksett at Robie’s Country Store but are now running their Roots Local Food Truck at Ordione State Park in-season and a café in the Newmarket mills in the off-season.

Big Kahuna Café in Merrimack has opened a smokehouse this summer in Hooksett on Hooksett Road near the Shooters Outpost, offering smoked meat dishes and breakfast items.

Mama McDonough’s Irish Pub moved from their Hillsborough location to the Dillant-Hopkins Airport in Keene in July
of 2021. They’re still offering their hearty pub fare along with trivia, entertainment and karaoke. Also, their Irish-inspired breakfasts are served daily instead of just weekends. Watch the planes land while enjoying their luscious burgers
and homemade desserts.

Watkins Inn & Tavern in Walpole opened last year by partners Eric Brandolini and CJ Lederman. They renovated a historic 1788 property with an adjoining golf course. The tavern, complete with a picture-window view of the course, offers a nice array of craft beers along with a short but sweet list of bites. Find regular entertainment in the tavern and occasional events on the golf course, including night golf and snow activities in winter.

Piedra Fina, a Latin-inspired eatery in Marlborough, fell victim to the COVID crisis in spring of 2020. Now, that architecturally interesting building hosts The Smoking Trout with a gastropub-style menu featuring burgers, steak frites, poutine and Faroe Island salmon, but no trout. It doesn’t pass the chef’s muster as a sustainable fish.

Downtown Keene now has a seafood restaurant. The Laughing Gull Seafood & Burger Bar opened recently, offering fresh and fried seafood, oysters and even a lobster and clam pizza. There are also smash burgers for the seafood-phobic.

The Root opened about a year ago in the former home of Kindred Spirits in Temple on Route 101A. It was remodeled to add more light. The barn-like space contains an area for children to play while their parents eat, a large table to encourage community, a small produce market, and local offerings of bread. The café is run by Christie Reed, former owner of the Hilltop Café in Wilton. She brings her homemade croissants and vegan baked goods, and is helped by her children Maija and Kaiden Massey.

The Dublin Road Taproom & Eatery at the Shattuck Golf Course in Jaffrey opened in spring of 2020 just as the pandemic heated up. They managed to steam through the year with great offerings on 24 draft lines and memorable pub food. Now, find all that along with great views of the course and Mt. Monadnock beyond. In the winter, they groom the course for cross-country skiing, making the deck the best spot to heat up in the sun and warm up with a cold beer in hand. 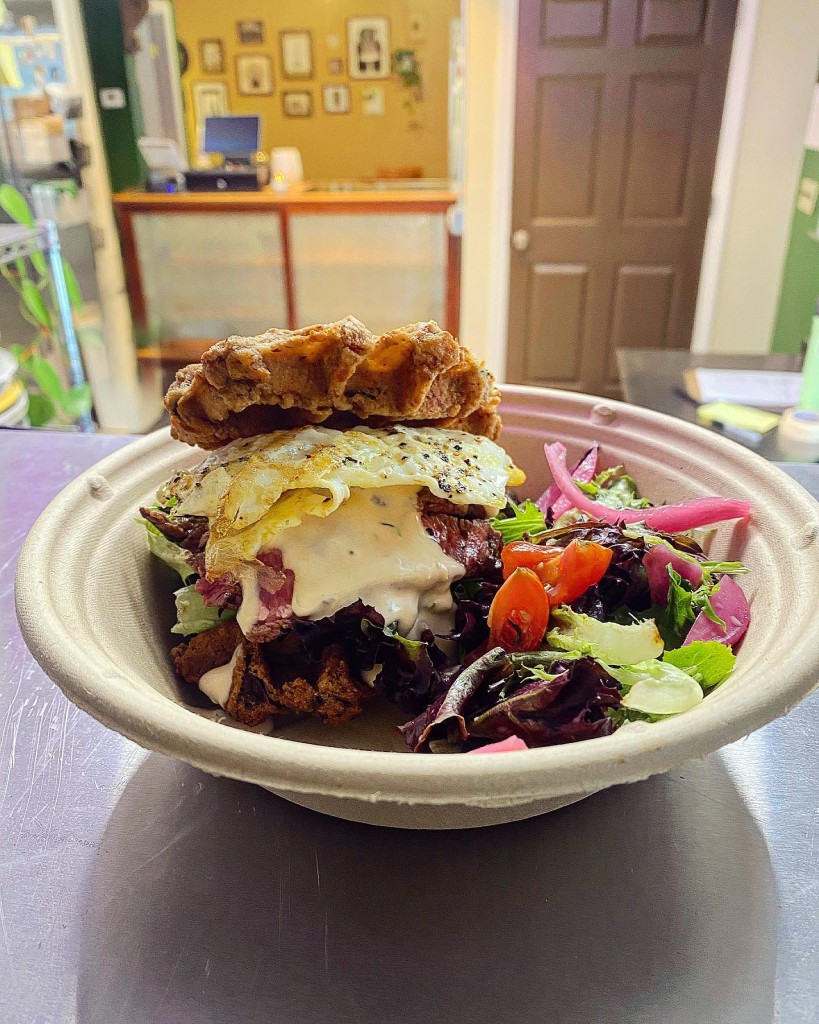 In Peterborough, Vital Provisions opened this spring offering gluten- and dairy-free, “nutrient-dense” sandwiches (both vegan and non-vegan), açaí bowls, salads with organic veg and a creative, ever-changing list of tasty smoothies, including a peach cobbler with roasted peaches this past August.

The Milford Oval now has Station 101 in a former towing station offering a great selection of craft beers on tap and in cans in a ’50s-gas-station vibe. The Riverhouse, also on the Oval, known for their great breakfasts and burgers, has moved to the former pizza place and a new restaurant is planning a move into their old spot.

In Concord, Col’s Kitchen opened in 2020 in the former Willows Plant-Based Eatery but recently underwent a small renovation to add more seating. This menu is strictly plant-based too, and provides vegans and adventurous eaters a wider selection of choices, from cauliflower wings to chickpeas of the sea.

The Littleton Freehouse Taproom & Eatery is bringing them in with creative offerings, including fries served with a choice of eight toppings, duck Reuben sandwiches, an Argentine power bowl in addition to burgers and salads.

A trio of friends — Bob Manley, Ken Hardcastle and Chuck Lawrence — at Hermit Woods Winery & Eatery on Main Street in Meredith have opened a full-scale restaurant in the space on the second floor. Called The Loft, it also doubles as an event venue. Previously, a deli-space provided snacks for wine tasters in the tasting room, the deck and a garden spot in this charming facility. The winery specializes in award-winning fruit wines fermented with local fruits and berries. 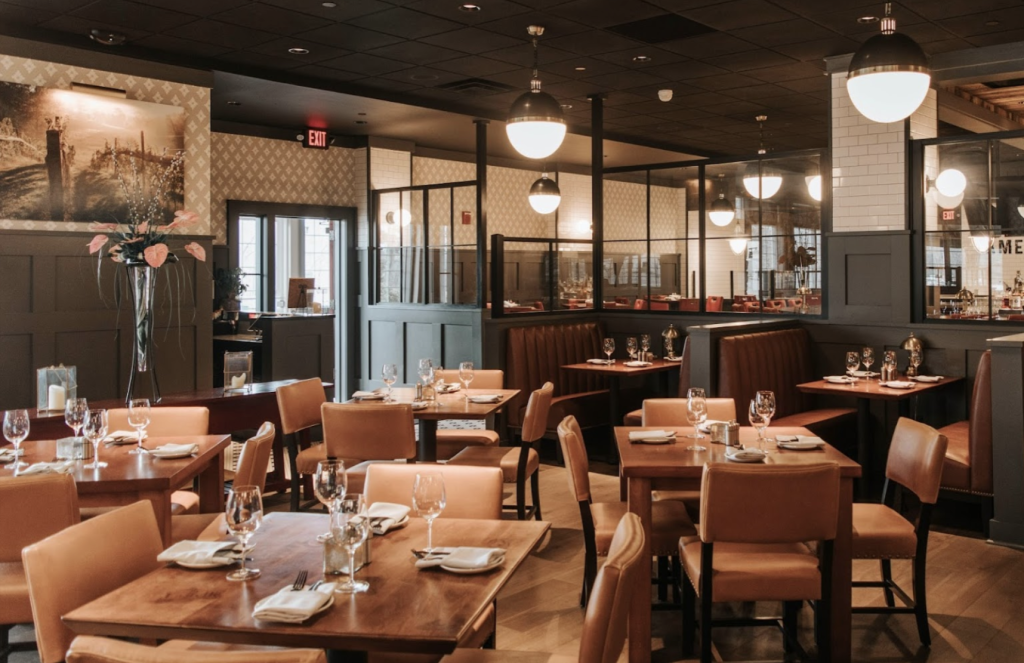 Amy LaBelle of LaBelle Winery in Amherst went big again, opening a new restaurant, Americus, and a new function space in the former Brookstone event facility in Derry. There’s plenty to do here, including 9-hole golf, miniature golf, marketplace and a tasting room. Find a host of events planned throughout the year, including cooking lessons, tribute bands and comedians. November through January, pathways throughout the golf links are lit for seasonal strolls.

Hare of the Dawg Bar & Grill opened in January 2022 in downtown Derry. The pub serves pizzas and typical pub food, including tater tots along with creative salads and daily specials like smothered steak tips. Dogs are welcome to join their masters for sidewalk dining.

In Exeter, Kath Gallant sold Blue Moon Evolution this past spring to Jay McSharry, where he opened another Street, featuring street food from around the world. He purchased Street 360 in Portsmouth several years ago and kept a similar menu at that popular eatery. 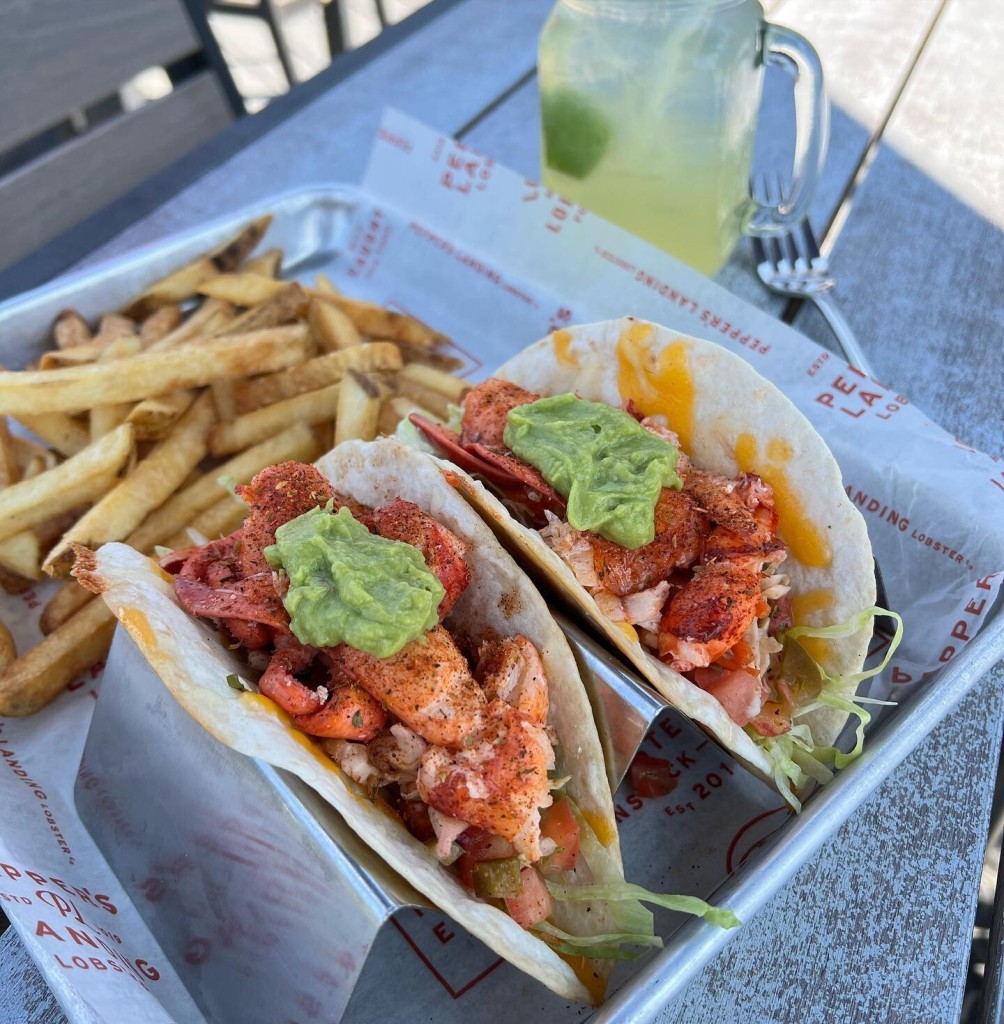 Entrepreneur Joe Faro of Tuscan Kitchen has just about completed his recasting of the former Rockingham horseracing grounds in Salem into a live, dine, shop, play and work environment called Tuscan Village. The flagship Tuscan Market opened in the midst of the pandemic, and it is a sight to behold with amazing upscale architecture and a lawn/patio for games, fire pits and more. Other eateries on the property include Crumbl Cookies, Chipotle, The Beach Plum, Starbucks and Chick-fil-A. Yet to open is the Artisan Hotel with rooftop dining. Oh, and one more. Faro also opened Toscana Italian Chophouse & Wine Bar, a steakhouse concept featuring signature chops in downtown Portsmouth in the fall of 2021.