Great Food Destination / North of Concord: The Little Grille at The Depot 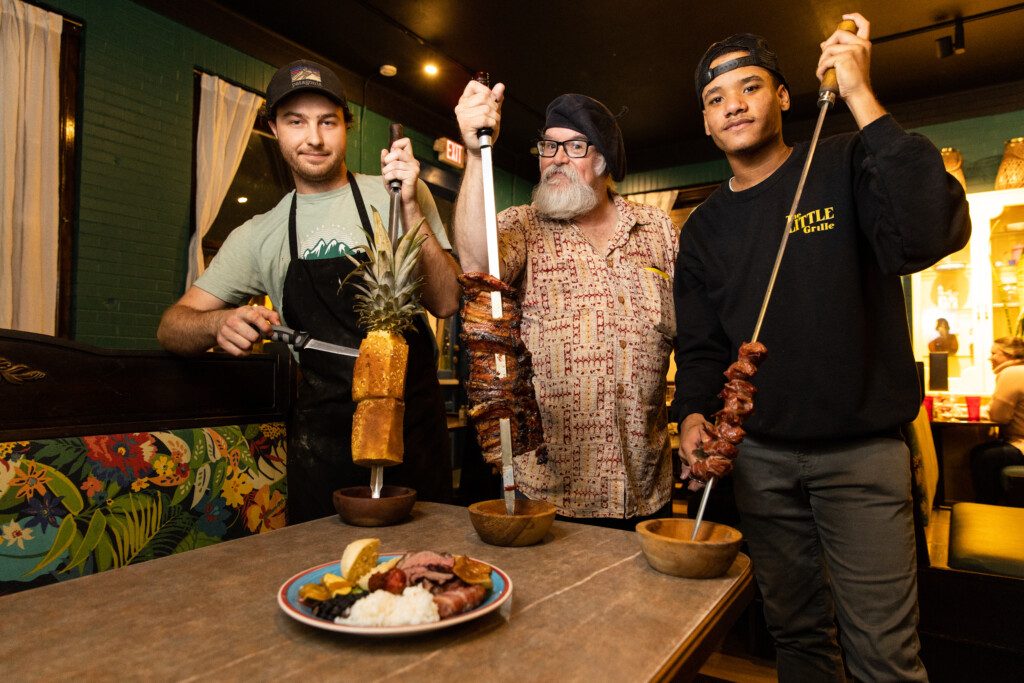 A building that once led travelers to and from Littleton via railway has since been repurposed to transport taste buds (and eyes) to exotic lands of flavor and color. The previous Grafton County railroad station now blends Brazilian barbecue and local American fare with a modern art exhibit lining its walls.

Owners Scott and Camila Rutherford have been operating The Little Grille at The Depot on Cottage Street in Littleton since 2011, turning it into a reliable hangout for locals and vacationers alike.

The Little Grille is rooted firmly in the remnants of an old Boston and Maine train station, but features fantastic art covering its interior walls that can only be described as a “real trip” — in the vernacular of the 1960s. Local artist and author Rick Hunt took to elevating the historic train depot’s look into a modern psychedelic art experience that, like their food, is worth absorbing at leisure but also fun just sampling. Hunt’s art (featuring lots of local personalities if you know where to look) has recently expanded to cover the exterior walls as well, inviting drivers to stop for a closer look. 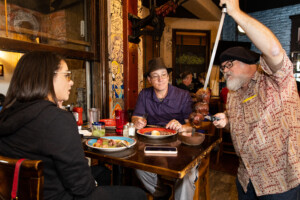 Rick Hunt cutting the infamous Picanha, a Brazilian favorite because of its tenderness and bacon-like fat cap.

“It is out of this world,” Scott Rutherford says. “It’s a mixture of how he [Rick] sees music and life as a whole … it’s almost outer planetary — it’s amazing.”

Hunt — who has collaborated with actress (and ex-wife of a certain legendary rock star) Angie Bowie on a number of book projects — also serves as a dining host, taking the lead on weekends during the restaurant’s Brazilian-style barbecue offerings.

“We could not have done as well without Rick,” Scott says. “He’s so good to people — he makes it so interesting.”

Scott explains that Brazilian barbecue meats are cooked over a wood fire on a skewer. “Just salt and flame. The fireplace works as an oven tenderizing the meats, and woodfire adds the taste,” he says. He notes that tapioca cheese fries are surprisingly one of their more popular items (“It’s not something you can get anywhere”). He adds that sourcing local food from area farms and produce stands such as Big Papa’s in Littleton is “the life source” of their business.

Stop for food. Enjoy the art show. Be sure to try the grilled pineapple. It will melt in your mouth. 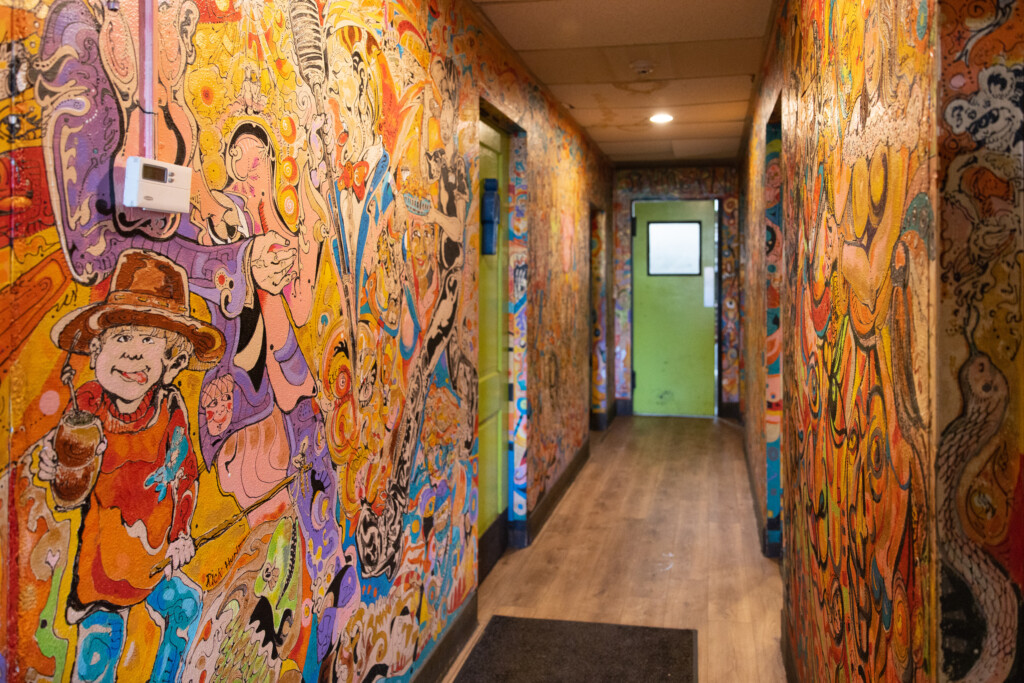