Oddball Brewing's Bill Walden talks about their most popular brews 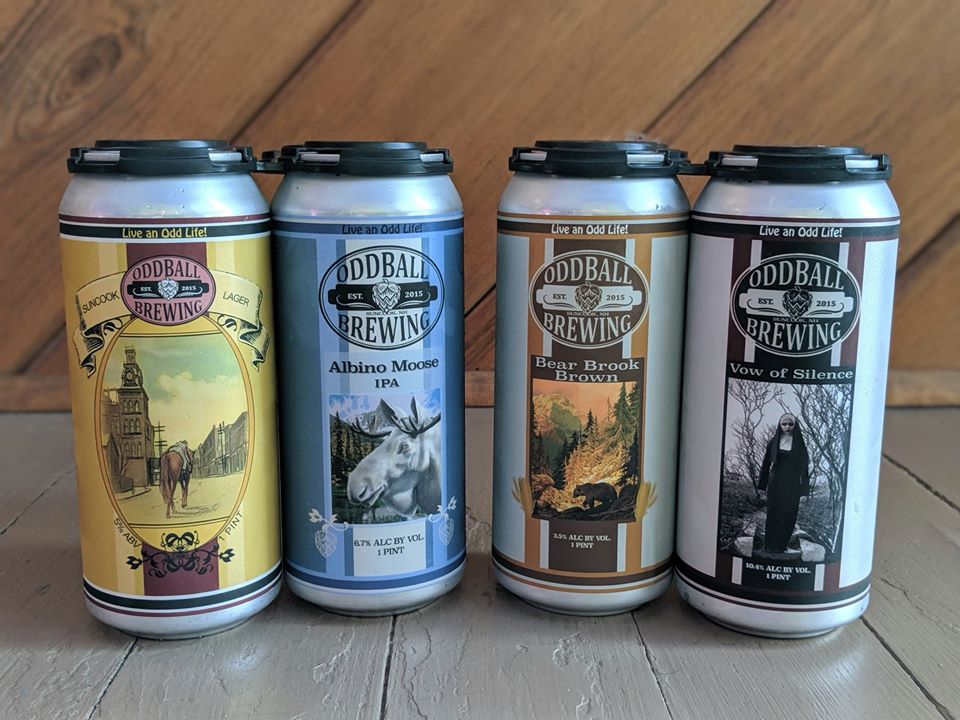 With more than 70 craft breweries spread across the state (and new ones opening seemingly every week), it’s no secret that New Hampshire is home to some great beer. To help you get to know some of the Granite State’s favorite sudsy spots, we’re continuing a series of “Meet the Brewer” profiles to introduce you to our top-notch New Hampshire breweries and the men and women behind them.

For our latest profile, meet Bill Walden. Bill is the co-founder and one of the brewers of Oddball Brewing, a small 20-25 seat taproom that’s been operating in Suncook since 2015. Read on to learn all about the 150-200 barrel-per-year capacity facility and one of their head brewing honchos.

New Hampshire Magazine: What is your title at the brewery?
Bill Walden: Mark and I are the owners and brewers.

NHM: How did you get into the brewing business?
BW: We are both long time home brewers, and one day we decided to step up our passion and create a business together.

NHM: Why did you choose to work in New Hampshire? What do you appreciate about the craft beer scene here?
BW: We are both long time residents of New Hampshire and enjoy all that this state has to offer. The craft beer scene started out small enough that it was easy to get to know the other brewers. There is a culture of collaborative competition in the industry that makes it a friendly industry to work in.

NHM: What’s your annual production size, in barrels?
BW: We have been slowly growing since we opened. This year we will are planning on 150-200 barrels of production.

NHM: When did you open to the public?
BW: We incorporated as a business in April 2014. We bought 6 Glass Street in August of that year and began the demolition process, which took 15 months because we needed to remove 15,000 pounds of debris from the building. We were still doing small building projects when we opened on November 18th, 2015. When we opened, we started by being able to sit only 12-15 people. We eventually rebuilt the insides and expanded our seating capacity to 20-25 and changed our license over a nano+ so we could serve food.

NHM: What sets you apart from other New Hampshire breweries? What’s unique about your style or mission?
BW: We are a very small brewery in an ever-growing craft beer landscape. We focus on beer and it’s quality, and we refuse to rush the process. We believe in allowing the beer to work as it needs to. Our other owner, Mark, likes to focus on a beer’s style and finding the best way to portray it. I tend to mix styles or try to find those places that haven’t tried yet to a wide
extent.

NHM: How many beers and what styles do you offer at any given time?
BW: We make three types of beer full time: Suncook Pre-Prohibition Lager, Albino Moose IPA and Vow of Silence Belgian Tripel. Our seasonal beers are: Wanderlust Wheat Bavarian Weiss (summer), Dirty Snowman Blonde Stout and Sandman Rye Oatmeal Stout (winter). We also have test batches on our taps at any given time, some of which we make into full batches. A brut IPA is currently being worked on that we are planning to turn into a 7-barrel batch.

NHM: What’s your most popular beer?
BW: Albino Moose IPA is our fastest seller. Vow of Silence our Belgian Tripel is our second fastest mover.

NHM: What’s next for your brewery? Any expansions/changes or upcoming milestones or events to note?
BW: Right now we are focused on making the brewery as efficient as it can be and slowly increasing and stabilizing production. We have a few new beers we are looking to add to our line up (we aren’t ready to divulge all of that info yet though). Our 5th year anniversary is coming up in November, so we are planning the festivities now.

NHM: Where can your beer be purchased?
BW: We are in a number of stores and restaurants.