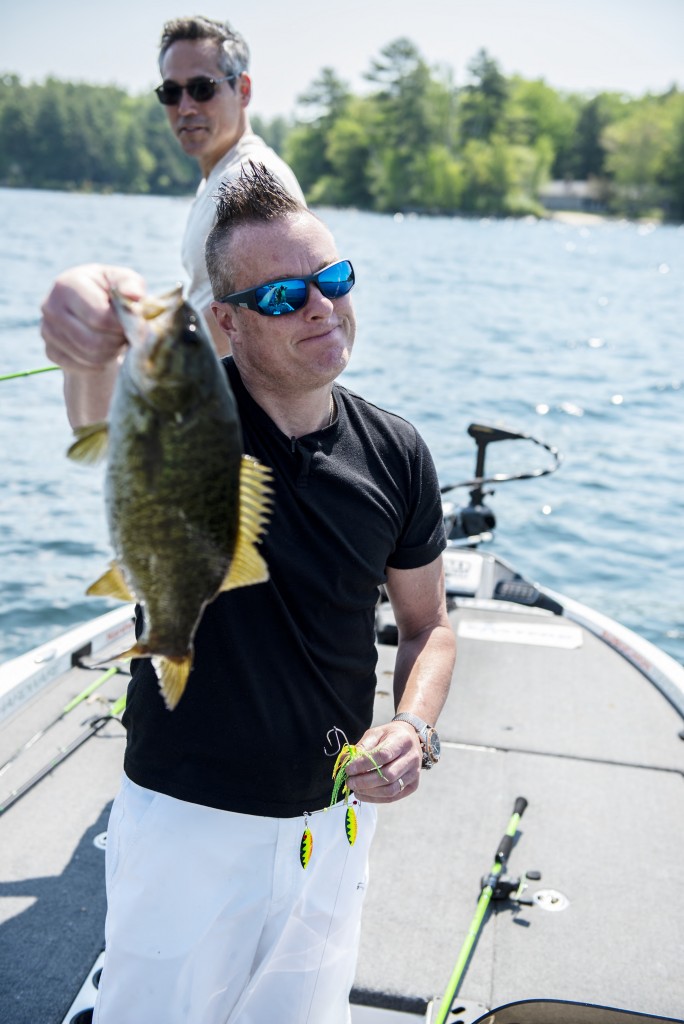 August 30, 2021 editor’s note: Nothing ever seems to go as planned…especially on television.

New Hampshire Magazine notables are about to make their NESN debut on a new episode of “Charlie Moore Outdoors,” everyone gathers around the TV – and the Red Sox are only in the fourth inning thanks to a rain delay.

Such is the life of budding (in our case) and veteran (in Charlie’s case) TV personalities when your schedule is built around the unpredictable whims of Mother Nature and Major League Baseball.

New Hampshire Magazine Publisher Ernesto Burden and Editor Rick Broussard are Charlie’s guests on the newest episode, “Everybody Wins.” It did air, eventually, around 9 p.m. Luckily, there will be more opportunities to see Charlie and Ernesto haul in some great fish and the magazine’s efforts to get Charlie into its pages and on its cover.

The New Hampshire Magazine/Charlie Moore episode will air this week:

“Everybody Wins” finds Ernesto and Rick coaxing Charlie into the pages (and on the cover) of the August issue of New Hampshire Magazine. As part of the deal, Charlie gets Ernesto out onto Winnipesaukee for some quality time on the water, where the two zip across the waves of the Mad Fisherman’s favorite New Hampshire lake and attempt to haul in as many lunkers as possible.

Can the publisher/writer/editor/musician/marathon runner add “angler” to his list of abilities?

“Fish were being landed – more frequently by Charlie than me, though I wasn’t getting skunked,” Ernesto says of his performance.

Lure of the Prize Want to fish with the same gear as the Mad Fisherman? Here’s your chance to win this Madfish STIXX Combo rod and reel set provided by Charlie Moore himself.

There’s much more to the show than landing a few Larries and Sammies, however. Charlie graciously invites his guests to his home to talk about his remarkable career, his family and, of course, fishing.

In addition to starring in the Emmy award-winning NESN show, “Charlie Moore Outdoors,” this Granite Stater stars in the worldwide-syndicated show “Charlie Moore: No Offense,” and in NESN’s “Bruins Academy.” He’s the executive producer of NESN’s “Behind The B.” He has his own line of fishing tackle. He travels the world, eating, drinking, fishing and exploring with a host of fascinating and often famous people, from Boston sports legends such as Doug Flutie and Ray Bourque to actors like Adam West to rock stars including Ted Nugent.