Is it time to throw in the shovel and move south? 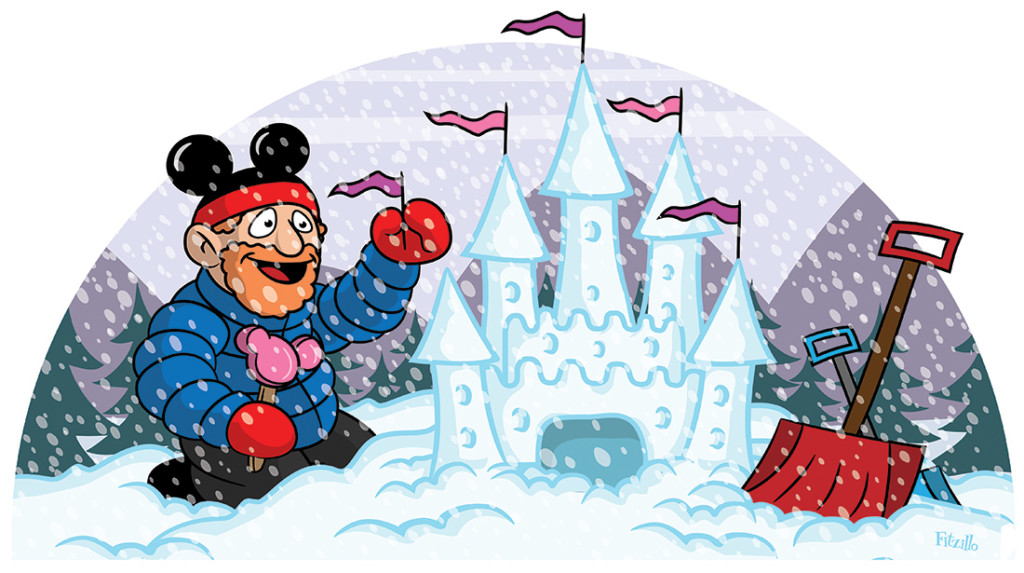 I’ve lived in New Hampshire for nearly 30 years, and grew up close enough to Seabrook where I could huck a clam and hit the fireworks store in front of the nuke plant. My wife is an Atkinson native and my daughter was born here 17 years ago.

There are a lot of reasons to cling to my New Hampshire roots, but as I flail about in middle age/become a walking stereotype, I keep coming to an indisputable conclusion: I want to move to Florida.

Here’s the thing — I go to Walt Disney World. A lot. Think of an excessive number of trips to Disney. Now double it. You’re getting close. I’ve written three books about the place and I’m a little insulted there isn’t a Bill character meet-and-greet. (Kind of the eighth Dwarf — squat, big head, smells like biscuits and gravy. Not that far removed from the real me.)

I spend enough time in Florida each year that I get asked the same question at least once a week: “Why don’t you move there?”

Oh, I want to, person who doesn’t share my strange obsession. It’s just that my baptized-in-the-Pemi, UNH grad, fisher-cat-snuggling wife who once put “Old Man in the Mountain” as her life insurance beneficiary isn’t interested. She tells me she’d miss the crisp fall air, driving through corridors of vivid foliage and the quiet beauty that comes when fresh snow blankets the landscape and crushes all joy beneath it in a murderous, frozen assault. Maybe not that last part.

The fact is that if I want to stay married, I’ll have to stay in New Hampshire.

There’s a certain segment of the population that sees the world like I do. Put this magazine down for a moment and go look out the window. You saw a gray landscape that’s brittle, dry and icy cold. When it’s not cold, there are ticks. When there aren’t ticks — actually, it seems like there are always ticks.

Yet there’s plenty here that I haven’t found in the Mouse’s embrace. Growing up in the ’70s, our family had a cottage in Barrington. Everything about it was idyllic. Watching the green and red lights on the boats lazily drift by after dark and fishing in our rowboat across the smooth-as-glass surface of the water was nothing short of perfect.

In fact, my wife and daughter point out another unassailable truth: I don’t necessarily love Florida, I love the idea of Florida. They remind me it’s not really a place where everything smells like the water in Pirates of the Caribbean and everyone eats grits served by a college kid in a Donald Duck costume every morning. In reality, there are likely more Walmarts and Publixes (Publixi?) and snakes than castles sitting at the end of idealized American Main Streets.

We have a family friend from Plaistow who moved to Tampa a few years back. You know what he told me? They don’t have steak tips down there. Maybe Florida is less a tropical paradise and more of a steak tipless hellscape.

Realizing that I’ll likely die within a snow shovel’s length of I-93 isn’t necessarily a bad thing though. I love steamers as much as the next Eaton/Dow/Fowler, and Florida doesn’t have good Chinese food or inexpensive liquor stores. Or my wife.